Op-ed:
ObamaCare...just another name for welfare medicine
By: Diane Sori

Welfare state...a system in which the government undertakes the chief responsibility for providing for the social and economic security of its population, usually through unemployment insurance, old-age pensions, health care, and other social-security measures 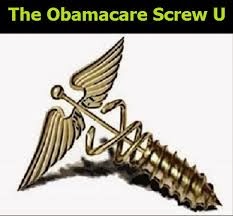 It's very important that 'We the People' NOT let ObamaCare fade from our public consciousness, so to that affect I give you ObamaCare by the numbers...numbers Obama himself does NOT want you to see...starting with his claim that 38 million more Americans will be insured when ObamaCare is in full operational mode. But this is NOT quite true as 38 million people will NOT be paying for health insurance...most will be added to the Medicaid rolls...welfare medicine in a welfare state personified.

So Obama's recently touted good news that about 1.6 million Americans have enrolled in ObamaCare since October 1st is anything but good news, for the bad news is that 1.46 million out of those 1.6 million have actually signed up for Medicaid NOT for the private pay policies offered on the exchanges.

And guess who subsidizes Medicaid...we taxpayers do...'We the People' who actually work and pay taxes will now be giving yet another free ride to those who don't.

Over the next few months if these numbers continue as expected they will, ObamaCare's monetary needs could very well bankrupt both the federal and state governments. Right now almost 8 cents out of every dollar that the federal government spends goes to Medicaid...currently translating into more than $265 billion per year. But the Congressional Budget Office projects that Medicaid spending will more than double over the next 10 years, reaching $554 billion by 2023, and all because of ObamaCare.

And once again, where will that needed money to meet the now burgeoning Medicaid rolls come from...from we taxpayers of course who will be hit with tax increases like NEVER before just so we can carry those who have been carried for far too long as it is.

And this is what Barack HUSSEIN Obama intended right from the first moment he stated that ObamaCare will be the law of the land...as in take from the 'haves' to make the 'have nots' even more dependent on the government for their very existence instead of having them take responsibility for themselves...to make sure the 'have nots' NEVER bite the hand that feeds, clothes, and now takes care of all their health care needs. 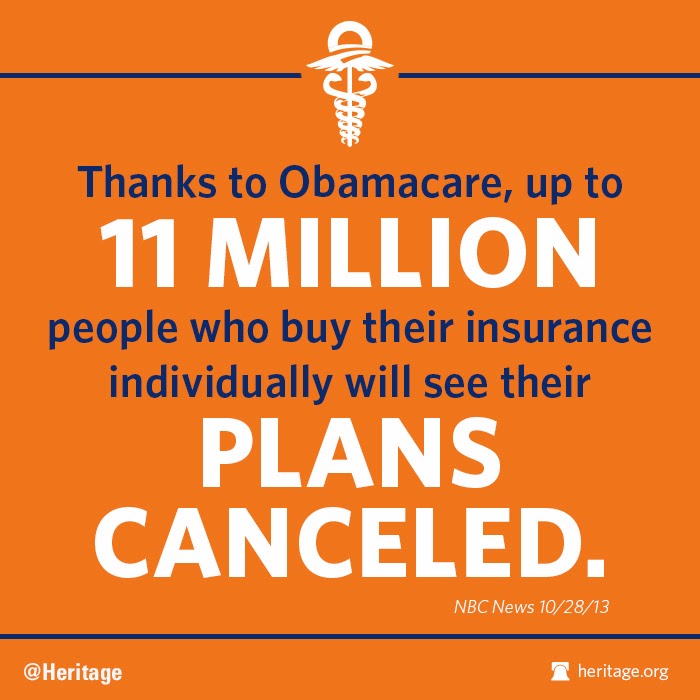 And so our beloved country will forever be known as the Welfare Medicine States of America...a country where projections say that within a decade 17 million Americans will be receiving ObamaCare subsidies (and for the most part they will be people who had health insurance they were happy with and could afford before the monstrosity that is ObamaCare reared its ugly head and made their policies cost prohibited or had them cancelled outright), and an additional 21 million Americans will have been added to the 63+ million people already on the Medicaid rolls...stressing to the breaking point a system already a trillion+ dollars in the red.

And that does NOT include the more than 20 million Americans that will be added to the Medicare program by 2025 as our population ages. And while Medicare is NOT a handout...as one pays into it their entire working life...it still places financial stress on our health care system payouts, but it really shouldn't have to as the people who put money into Medicare should be the only ones benefiting from Medicare...liberal kumbaya nonsense be damned.

Now let this anything but nice number sink in...within that projected decade when those new people are added into those currently on Medicaid, 84+ million Americans out of a total population of then probably close to 320 million will be getting basically free health care that we taxpayers will actually be the ones paying for them to get. Talk about 'redistribution of wealth'...it's more like the rape of the American middle-class taxpayer as almost a third of all Americans will be beholden to the government for their medical needs.

And this in turn will create even more 'sponges'...who never met an entitlement they didn't like... 'sponges' who will be happy to sign-up for food stamps and other freebies...as in 'hey man free stuff'...which they really do NOT qualify for but which thanks to Obama's 'fundamental transformation of America' they will get. Remember, the simple fact is that one freebie always leads to another freebie, especially with the 'gimme gimme...you owe me' demographics of our society.

Want more...here's a bit of added info about the subsidies themselves that also will NOT make you happy...according to the The Kaiser Family Foundation roughly 48% of Americans who buy individual insurance today would be eligible for subsidies...meaning those eligible would receive an average of $5,548, which would cover 66% of the price. And guess who picks up that cost...yup...we taxpayers yet again for where else will the government find the money to pay for all of this.

Talk about the ObamaCare fiasco translating into taking from Peter to pay Paul.

And so the bottom line after digesting these most upsetting of numbers is that we must rid ourselves of ObamaCare post-haste or we will indeed become a welfare nation forced into a single payer system of health care. And if that happens it means we go from bad to worse...much worse. So this is the reality we must face...we MUST MUST MUST get the vote out in November and retake the Senate and keep the House for that and only that will allow us to wake up from the nightmare that is ObamaCare...period.