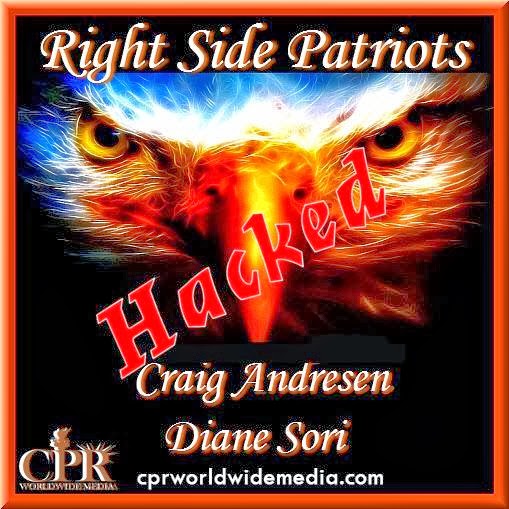 For those of you who were listening to the debut of the Right Side Patriots radio show on CPR Worldwide Media this afternoon, you may well think there was a melt-down/failure at the top of the second hour. However, we at CPR define it as a success.

Here’s what happened. Right after a segment where Diane and Craig went off on islam, with Diane being spot on in her assessment that we are indeed at war with islam, and with Craig via his customary sarcasm suggesting having sanitation workers checking the 'burqa-bags' at the airport, the technical difficulties started until the cyber signal was lost altogether.

CPR Worldwide Media has been continuously monitored for quite some time now by different islamic groups originating out of Europe and the UK. In fact, last week the CPR broadcast coming from London was hacked into while on the air, and taken down by an islamic center located in Germany. And now, immediately after they started talking about islam and what they called the burqa 'garbage bags’ they also started experiencing technical difficulties that got worse with each passing minute.

Over these past hours CPR has been running traces and such, and it has been confirmed by the server technicians at CPR, as well as CPR CEO Michael Collins-Windsor, that their show was also hacked into and that the route trace went back to the Islamic Center of England located in London.

However, what those who hacked into the server didn’t know was that their show was also being recorded on an entirely different server for rebroadcast. As a result, the Right Side Patriots debut show from Wednesday, February 26th…without interruption...will be rebroadcast in its entirety as soon as possible throughout the upcoming week.

This is what happens when the TRUTH is spoken...so what will Right Side Patriots do about this attack on them...they will come back next week with enhanced cyber security to once again speak the truth, the whole truth, and NOTHING but the truth on the CPR Worldwide Media Network.

We here at CPR hope you will tune in and listen to the debut show of Right Side Patriots as soon as we announce its rebroadcasting times here at http://cprworldwidemedia.com/live-radio/

This is one show you do NOT want to miss.
Posted by Diane Sori at 9:14 AM