Obama Will Lose Without Race Card

By Doug Book / The Western Center for Journalism
inShare1 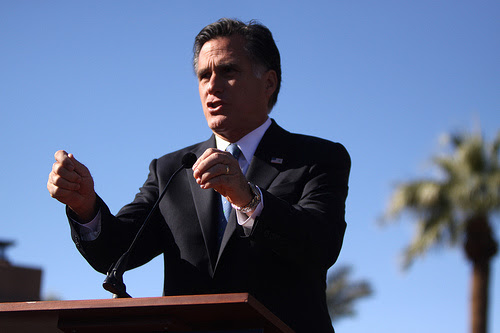 Forget the rigged polls and the media happy face. Mitt Romney will win the White House in November, probably in a big way, unless he is foolish enough to repeat John McCain’s 2008 display of campaign cowardice.
The 3 ½ year reign of Barack Hussein Obama has been a disaster for taxpayers, most of the business world, and the American public in general.
He has waged war on energy producers, threatening the coal industry with destruction, shutting down the drilling of oil, and driving natural gas suppliers from the country, all the while wielding the EPA like a sword to wreak havoc on corporations and individuals alike.
He has wasted billions of tax dollars in politically motivated green energy ventures, usually for the purpose of enticing money from–or bailing out–big money contributors to the Democrat Party.


He has created virtually no jobs, except for members of public employee unions.

He has weakened the armed forces of the United States, insulted and betrayed longtime American allies, and provided our enemies with a level of support bordering on treason.

He has smuggled guns into Mexico, made deals with murderous drug cartels, and brought about the death of hundreds as a result of his criminal attempt to undermine the 2nd Amendment.

He cheered his Department of Justice as it justified the intimidation of white voters and prevented states from cleansing their voter rolls of illegals, felons, and corpses.

He has refused to enforce immigration law while encouraging the filing of lawsuits against states that have worked to protect their citizens from an endless invasion of aliens carrying disease, committing crime, and living on funds confiscated from unwilling taxpayers. The cynical claim of DOJ attorneys: enforcement of immigration law is a FEDERAL matter!

In 2008, the liberal media suckered and intimidated a gullible voting public into buying the meaningless, “hope and change” scam of a constitutionally ineligible, Manchurian Candidate. Yet it’s quite possible Obama would still be a senator from Illinois if McCain had run a campaign designed to win the election rather than applaud the media-invented genius of his opponent!

Obama will not be able to campaign on his record. “Hope and Change” were abandoned for “Forward,” a bust that has already been discarded. The public will remain solidly against ObamaCare, regardless of any ruling handed down by the Supreme Court. And as his arrogance and thuggish nature are now well known, even the concerted efforts of the media won’t allow The One to relive the glory days of the 2008 campaign.

So Obama will follow the same strategy that prompted John McCain to destroy himself—he will play the race card. Any attack by Romney will be met with the phony lament of Obama’s “blackness.” Reveal the truth about the President’s willful destruction of the economy, and it will be immediately related to a mythical study of race.  The question is, will Romney fall for it?

Democrats played the race card for months during the 2010 campaign, yet were destroyed on Election Day.  Will the Romney campaign remember the utter failure of the left to shock American voters with the
fabricated, racial insensitivity of Republicans just 2 years ago?

The outcome of the election will depend on Mitt Romney’s realization that a well-played race card is Obama’s only hope of victory. If he has the guts and smarts to avoid McCain’s mistakes, he’ll be the new president.