By Kevin "Coach" Collins / The Western Center for Journalism
inShare1 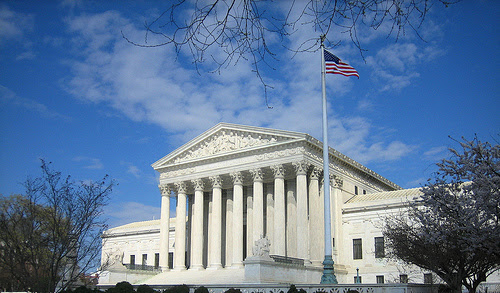 This morning we have once again been reminded that our system of checks and balances no longer functions for the good of the American people.

Nine lawyers in the Supreme Court, hiding behind legalese written by other lawyers, has decided that Americans, through our various states, have no right to either enforce the sovereignty and security of our borders or demand that the federal government’s lawyers do so.

We don’t count in the cynical view of the lawyers who have wormed their way into controlling our lives essentially “because WE say so.” Oh, they claim the United States Constitution sanctions and supports their denial of our rights of self-defense, but the truth is they have stolen away the power of the Tenth Amendment to the Constitution by bowing to claims that what is abundantly obvious is not at all obvious. In effect, the Supreme Court has cynically asked us: “Who are you going to believe: us or your lying eyes?”

To say this was not a political interpretation of law twisted to favor those who would erase our borders and open the floodgates of the world to our midst is the type of infuriating insult we have to take with us as we vote to correct what has happened to our government from top to bottom. This decision ought to be carried like a “bloody shirt” by every American who is alarmed by the ever-quickening pace of the destruction of our freedoms.

They have reduced our lives to a children’s game of tag as the Supreme Court, acting as egalitarian school yard monitors, admonish us to “Play nice with the new children!”

Well, we don’t want to “play nice with the new Children!” We want to kick them the hell out of our country – a county OUR forefathers risked their lives to build and gave their blood to preserve.

The Supreme Court has made it very clear they don’t give a damn what we want. They have told us we MUST share the bounty of America with people only interested in taking from us whatever they can grab.

The Supreme Court has told us illegal aliens deserve “their fair share of America” based solely on their presence in our country. How stupid! How infuriating! How deserving of an electoral landslide to correct this injustice!

If ever there was a moment for those who shy away from voting with the tired old “Oh I never vote because it makes no difference anyway” to grasp the danger all of America has been put in by this decision, that time has come.
Posted by Diane Sori at 3:32 PM No comments:

By the Monitor's Editorial Board


A Supreme Court ruling on Arizona law SB 1070 puts a tight fence around a state’s ability to deal with illegal immigrants. But while asserting a preeminent federal role, the justices nonetheless gave some strong advice: The nation needs a “searching, thoughtful rational civic discourse” about immigration.

Indeed serious political discourse on this topic has been lacking even as many states experience an unfair and costly burden because of lapse federal enforcement.

Now with this court decision, Washington must work more closely with the states and carefully tailor a joint responsibility for each state’s particular needs on immigration.

The court upholds the key part of Arizona law SB 1070 – one that mandates police check the immigration status of someone on suspicion of being in the United States illegally if the person is stopped for another reason.

If all states can now pass such a provision, that will help create more transparency about the extent of illegal immigration – as well as reveal how often the federal government simply looks the other way in upholding the immigration laws.

The nation needs more openness and accountability about this federal discretion. That will improve the “civic discourse” and possibly lead to a consensus on how to deal with the 11 million to 12 million illegal immigrants in the US.

The justices left open the possibility that they may restrict a state’s ability to detain someone over immigration status if such detentions are too long. Such an approach reflects the court’s view that states must defer to the power of Congress in setting national immigration policy.

Such deference is difficult, however, for those states hit hard by the high costs of illegal immigrants. The court noted, for example, that unauthorized immigrants make up 8.9 percent of the population of Arizona’s Maricopa County (which includes Phoenix) while being responsible for 21.8 percent of felonies in the county.


Yet the court decided that states cannot impose special actions against either illegal immigrants or employers who hire them.

The uneven impact of illegal migrants across the US requires more federal attention. States cannot be left unprotected in the face of such massive lawbreaking that challenges a state’s ability to govern. Road signs in parts of Arizona, for example, now read: “DANGER – PUBLIC WARNING – TRAVEL NOT RECOMMENDED / Active Drug and Human Smuggling Area.”

At least for the time being, the court will allow greater arrest authority for states on immigration – although deportation is left up to the federal government. With the legal lines more clearly drawn, Washington must expand enforcement while also welcoming states to join the national effort at defending the border and enforcing immigration laws.

Discourse, after all, is a two-way street.
Posted by Diane Sori at 3:25 PM No comments:

Email ThisBlogThis!Share to TwitterShare to FacebookShare to Pinterest
Op-ed:
And so we wait...
By: Diane Sori 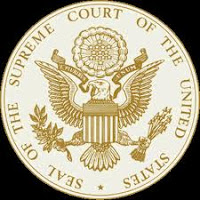 This week should be quite interesting as ‘We the People’ sit and wait with baited breath for the Supreme Court’s ruling on the disaster known as ObamaCare, and also on Obama’s immigration enforcement policy.

It’s logical for us to assume that those on the Court must either endorse Obama’s policies in full or strike them down in full as unconstitutional.  It’s a logical assumption on our part because at oral arguments both cases were presented under a specific banner based on Constitutional provisions, and the Constitution is quite clear in its meanings.

But notice I used the word ‘logical’ when it applies to ‘We the People’ and NOT when talking about those who rule in Washington.  It seems that most times logic flies right out the window with anyone who must decide anything that goes against the wishes of Barack Hussein Obama.

So even though ‘We the People’ want a cut and dry ruling AGAINST both ObamaCare and his immigration enforcement policy, there is another possibility that many on our side have overlooked, and that is that the justices could very well try to straddle both sides of the fence.  This would allow some parts of both policies to stand while throwing out other parts, thus allowing both sides to claim victory.

And that would be the ultimate sellout of the American people.

While the Supreme Court truly values and demands silence from all concerning upcoming court opinions and rulings, some word has leaked out (or could this be just another of the famous DC diversionary tactics) that the Justices might very well strike down ObamaCare in its entirety, and also rule that Arizona (and other states) can indeed arrest and jail ILLEGAL immigrants.  Now that would be the right thing to do but again, do those in Washington always do what’s right.  Again, the answer must be NO they don’t.

In simple terms, the ObamaCare ruling boils down to one thing and one thing only...can Congress, under its power to regulate commerce, require citizen’s to buy health insurance.  Personally, I don’t believe they can.
Before the Court, Team Obama argued that in reality the mandate was NOT commerce but was actually just a tax law and as such was indeed backed up by the Constitution (Article 1, Section 8, Clause 1, the Taxing and Spending Clause, “Congress shall have the power to lay and collect taxes...to provide for the common defense and general welfare.”), and as such must be ruled Constitutional.

But does the federal government really have the power to mandate (force) people to buy something they don’t want.  Again, I don’t believe they do but then I’m not a lawyer, just someone who’s using common sense and common sense tells me that by forcing this mandate on us what Obama’s really doing is raising taxes, something he and his legal team have claimed over and over that this bill does not and will not do.

Yeah, like we can ever trust Barack Hussein Obama to tell ‘We the People’ the truth about anything.

But what happens if the Justices do just strike down the mandate and leave the rest of ObamaCare in place, where does that leave us.  I’ll tell you where it leaves us, it leaves us in the toilet is where as Obama will gloat that his changes to healthcare, albeit without the mandate, still will allow the expansion of Medicaid for the so-called poor (can you say ILLEGALS), thus allowing him to say he's providing better medical care for millions of Americans.  Yeah, even more care for his ILLEGAL hanger-ons is what this will do as the rest of us are forced to pay for it.

And horror of horrors, if the Justices vacillate and only strike down the mandate, the so-called ‘death panels’ and rationed medicine would stay in place.  This alone should convince the Justices that straddling the fence is NOT an option.

Now as to Arizona’s immigration stance, at question is when the police stop someone can they legally check the immigration status of those stopped, and can they then detain someone found to be ILLEGAL or does that power rest solely with the federal government.  Here again the justices could very well water down their decision on the basis that state law conflicts with federal law in the fact that states still have the power to decide whether to hold or release someone who breaks their individual state laws.

Decisions, decisions...I wonder which way they’ll go.  Will the Supreme Court Justices side with ‘We the People’ and the Constitution or out of fear of the race card being used against them, will they cater to the man who is determined to lead our country down the path to socialism...or worse.

It should be an interesting week for sure.
Posted by Diane Sori at 8:47 AM 6 comments: