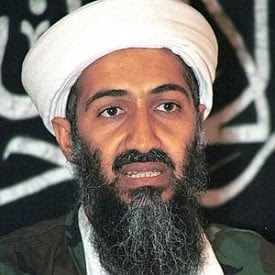 “Bin Laden” is currently set up on the official campaign website to contribute more to Obama’s campaign. The name is also registered as a volunteer.

The “Bin Laden” donations, actually made by WND staff, included a listed occupation of “deceased terror chief” and a stated employer of “al-Qaida.”

“Bin Laden” is currently set up on the official campaign website to contribute more to Obama’s campaign.

The name is also registered as a volunteer.

The apparently foreign-based contributions were conducted as a test after a flurry of media reports described the ability of foreigners to donate to the Obama campaign but not to Mitt Romney’s site, which has placed safeguards against such efforts.

The acceptance of foreign contributions is strictly illegal under U.S. campaign finance law.

One $15 donation was made at BarackObama.com using a confirmed Pakistani IP address. In other words, as far as the campaign website was concerned, the donation was openly identified electronically as coming from Pakistan.

Upon clicking the “donate” button, WND staff selected the $15 amount and were taken to a page on the campaign website asking for a first and last name, city, state, zip code, email address and phone number.

While the website only has options for U.S. states and zip codes, there is no mechanism in place on Obama’s website to verify the individual is actually located in that state or zip code, or even in the U.S.

In the case of this donation, the 91101 zip code is real but corresponds to Pasadena, Calif., and not Abbottabad, the Pakistani city in which bin Laden was found holed up in a compound.

The email address used to set up the donation account was osama4obama2012@gmail.com.

After clicking “next,” the website asked for an employer, occupation and a password to set up future donations. WND staff entered the occupation as “deceased terror chief” and the employer as “al-Qaida.”

The transaction was made last Friday with the use of a disposable credit card. The website did not require the card’s security code.
Posted by Diane Sori at 8:59 PM 1 comment: Links to this post

Email ThisBlogThis!Share to TwitterShare to FacebookShare to Pinterest
Gallup Explains Why Other Polls Are Wrong
By DICK MORRIS
Published on DickMorris.com


In a large sample, very important survey, Gallup reported on Friday that the likely 2012 electorate will be among the most Republican in history.


The reason most other polls are wrong is that, seeing this Republican surge, they discount it as sampling error in their polls and re-weight the data to make it conform to the traditional partisan divisions, thus obliterating the real trend and obscuring what is actually going on.

The fact is that the country has moved sharply in the direction of the Republican Party since 2008 and even since 2010.

Want to know how much Romney will win by?

Gallup: Massive swing to GOP since 2008 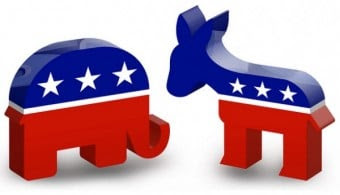 by Joe Kovacs / WND
In the four years since Barack Obama has been president, American voters have been fleeing the Democratic Party in large numbers to become Republicans, according to brand-new figures released by the Gallup polling agency.

“The largest changes in the composition of the electorate compared with the last presidential election concern the partisan affiliation of voters,” says Gallup.

Based on surveys from Oct. 1 through 24, the pollster finds 36 percent of likely voters call themselves Republicans, compared to 35 percent who are Democrats.

If those who are leaning toward a certain party are included, the GOP lead increases to 3 percent, standing at 49 to 46 percent.

But it was a much different story for Democrats in 2008, when they had 54 percent of people who identified themselves as Democrats or leaned Democratic.

“In 2008, Democrats enjoyed a wide 12-point advantage in party affiliation among national adults, the largest Gallup had seen in at least two decades,” Gallup said.

The agency says in 2004, when Republican George W. Bush was running against Democrat John Kerry for president, Republicans enjoyed a 2-point advantage over Democrats in party affiliation, 39 to 37 percent.

The new data for 2012 is being hailed by some on the political right who have complained about skewed polls that give more weight to Democrats than Republicans.

John Hinderaker at the PowerLine blog says: “If the data released today correctly reflect the voting population this year, you can throw away all of those polls that are D +9, D +7 – or, for that matter, D +1.

Substantially all polls show Mitt Romney with a wide lead over Barack Obama among independents. So if today’s party ID data are correct, not only will the presidential election not be close, but the Republicans will do better than currently expected in the Senate and House, too.”
Posted by Diane Sori at 7:25 PM No comments: Links to this post

Can you believe the arrogance of this man...

The Obama campaign expects people under the threat of a hurricane to be concerned about his campaign.

His camp sent out emails Sunday encouraging its volunteers to “phonebank” from Annapolis, Maryland on Monday at 5:30 PM.

The worst part of Hurricane Sandy is supposed to be hitting the region around that time.

From the email a tipster sent in:

He hardly slept, he talked himself hoarse, and he was constantly on the move.   He knows, just like you and I do, that what matters most in the last days of this election is what we do on the ground: The voters we talk to. The issues we discuss. Every step we take to help get people to the polls for President Obama and other Democrats.  Folks in Annapolis are getting together on Monday to make some phone calls into Virginia.  Can you make it?

With this election as close as it is, every voter we talk to could make the difference between winning and losing.  Let’s make sure we wake up on November 7th without any regrets.  Sign up for the phone bank now:  http://my.barackobama.com/Join-a-Phone-Bank  Let’s get it done,  Jeremy  Jeremy Bird National Field Director Obama for America.

—– Can’t make this event but still want to pitch in? Make a donation today to help build this campaign and our party’s grassroots organization.

“Better to die the death of a hero then live the life of a coward”
By: Diane Sori 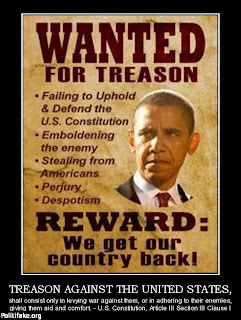 Powerful words from a grieving father to a president who watched his son die and did NOTHING...NOTHING except
blame everybody else but himself.

Obama could care less about the Americans lost in Benghazi...his muslim brethren are more important...Obama...a man whose re-election is more important than having performed his duties as Commander-in-Chief.  And all this while grieving father Charles Woods (father of slain State Department Security Officer and former US Navy SEAL Tyrone Woods) puts a face on the atrocities of why his son’s calls for help went unanswered and worse...DENIED...directly leading to not only his death but to three other American deaths as well.

The voters MUST know about this, just as the coward and traitor knows he has no chance of being re-elected if they do.

So how does the mainstream media drag Obama’s sorry-ass superficial and petty campaign to victory as the truth about Benghazi leaks out...

But ‘We the People’ are learning and disseminating the truth thanks to FOX News, conservative bloggers, and anti-Obama FB sites.  Benghazi is a scandal of the highest order...making Watergate and ‘Fast & Furious’ look like a walk in the park as acts of TREASON have been committed by this administration, and we MUST make sure America knows this...and knows it BEFORE Election Day.
Just look at the facts...Ambassador Stevens begged for additional security after a series of terrorist threats and attacks, but didn’t get it...Obama not only knew that four Americans had been MURDERED in a terrorist attack by an al-Qaeda sub-group but lied about it for weeks to try to minimize possible political fallout...Two brave American heroes fought an hours long gun battle against well-armed organized terrorists before being killed, killed because those who could help were told to ‘stand down’ all while Obama and his minions did nothing but watch the massacre on TV.

Chomping on popcorn perhaps...NOTHING would surprise me where Barack HUSSEIN Obama is concerned.

And when our dead took their last journey home Barack HUSSEIN Obama and his partner in crime, Hillary Clinton, used this most solemn occasion to spew politically expedient lies NOT only to ‘We the People’ but deliberately to cause further pain for the families...to spit on the memories of their loved ones.

And above all else we know for sure...our military, including an American aircraft carrier stationed right off the coast and Navy SEAL swat teams close by were told to ‘stand down’ and NOT assist those at the consulate.

Dereliction of duty, gross incompetence and negligence...all of these and yet none of these says it as well as aiding and abetting the enemy at the cost of American lives equating to TREASON.  Charges of TREASON must be leveled against Barack HUSSEIN Obama and ALL who were in the situation room watching this massacre take place right before their eyes...all those who did NOTHING but try to shift blame onto our military’s shoulders.

And they can NO longer deny it.

In fact, Jennifer Griffin, National Security Correspondent said on FOX last night that when the first call for help went out, the rescue team was told to ‘stand down,’ and told to ‘stand down’ a second time, and that’s when Tyrone and the others chose to willingly disobey orders.  These brave heroes recused 30 consulate personnel but unfortunately could NOT save Ambassador Stevens and Scott Smith.

Continuing, Griffin said this was an intentional pre-calculated hit unfolding on White House TV screens.  We had drones in the air for God’s sake recording it all...drones monitoring the consulate for 7  hours and yet this White House did NOTHING but work to concoct a story about a video being the cause of these deaths.

The bottom line remains that the assault at Benghazi is deliberately and with malice being covered up by this entire administration, because they did NOT want word getting out that the White House had sent Ambassador Stevens to Benghazi, including having him being there on 9/11, when they knew violence would be happening...sent him there to negotiate an arms deal with the Turkish Ambassador concerning movement of weapons to al-Qaeda and the Muslim Brotherhood in Syria.

Did Ambassador Stevens know this...NO he did NOT for he assumed we were arming the rebels fighting against a brutal dictator NOT arming our enemy.  It’s my opinion that Ambassador Stevens was a disposable fall guy for a ‘Fast & Furious’ operation on a global level, as this administration, I believe, has been running guns and other weapons to the Muslim Brotherhood...the Muslim Brotherhood who has taken over the Middle East and who has infiltrated our government with the approval and open-arm welcome of our Traitor-in-Chief Barack HUSSEIN Obama.

Their goal...to wipe Israel off the map...to islamisize the West including the Unites States...and to set-up an islamic caliphate, with sharia as law, for total world domination.  And I believe Barack HUSSERIN Obamas knew this, believes in this goal, and is aiding its fulfillment, because simply...he is one of them.

The truth must get out...must get out BEFORE Election Day, because if a man who is president of the United States can cause this much damage in a first term imagine what will happen if he has a second.
Posted by Diane Sori at 3:50 PM No comments: Links to this post