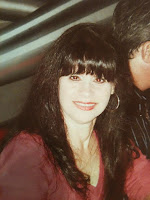 Hi guys, it's me Diane Sori, a thorn in Obama's side. As many of you know I have been in many battles with Facebook and I finally reached a breaking point. Having much information to get out, and after being banned from Facebook for the sixth time...the last time for 60 days...simply because I TELL THE TRUTH ABOUT THE CORRUPT AND TRAITOROUS OBAMA REGIME AND HIS SANCTIONED ISLAMIZATION OF AMERICA...I felt it was time to do something.

Because I could NOT sit idly by for 60 days and watch the media feed everyone a bunch of lies and half truths, and with Facebook removing, blocking, banning, and banishing those of us who disagreed with and spoke out against Obama and his minions, I knew it was time to start blogging. I NEVER wanted to be a blogger per se, but I was forced to go this route by Facebook, with its stacked against we conservatives policies and conditions, in addition to the fact that if you have a grievance against Facebook there is NO human contact allowed between you and them.

So many lies have been spread about me personally over Facebook, like I am NOT who I say I am, I am a troll or a hacker, I am a spreader of lies, and NONE of it is true! I am simply me, Diane Sori, an American Patriot...in fact one of millions just like you...who refuses to let our beloved America be changed into something unrecognizable by a man and his cohorts who NOT only want to radically alter and destroy our great nation, but who also want to take away our children's future. And this I could NOT sit back and watch and do NOTHING like so many of the apathetic do...you know who you are...you're the ones who whine and complain but who refuse to get out there in the trenches and become part of the solution instead of feeding into the problem. We patriots ARE the grassroots movement and each of us has something unique to offer to this movement, and offer it we must.

So I write, I post, I comment, I speak at meetings, and I co-host with Craig Andresen RIGHT SIDE PATRIOTS on CPR Worldwide Media. I also campaign and volunteer for candidates I believe in, and I attend rallies...in other words I help spread the word...the truth...any and every way I can. And even though I am once again out of Facebook jail, I will continue to blog as I will NOT allow Facebook to ever silence me again.  I hope all my true Facebook friends, subscribers, and members of my Patriots United Against Obama Propaganda group and my Stand United with Our Marine Heroes Against 'Urinegate' page, as well as my personal TL page, will check in from time to time to see what I have to say. While my postings might be somewhat controversial to some or my opinions might NOT always agree with yours, rest assured that what I say will always come from my heart, and will always put America and 'We the People' first and foremost.