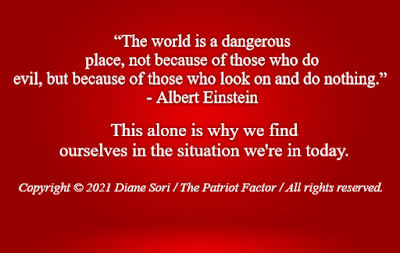 Excellent. Donald Trump must lead the effort to primary the anti-Trump Republicans in 2022 and beyond.

Former President Donald Trump has reportedly tabled the idea moving forward with a third party, as he now believes he will not be convicted in the Senate and is instead turning his focus to assisting primary challenges against never-Trump Republicans.

“In last 24 hours, after floating through a few folks that he was considering creating a third-party as a way to keep Senate Rs in line ahead of impeachment, Trump has been talked out of that and is making clear to people he isn’t pursuing it, per ppl familiar w his thinking.”With President Joe Biden having been given a peaceful transfer of power and the Jan. 6 storming of the Capitol getting further in the rearview, Trump reportedly believes it is now far less likely that 17 Republicans will join Senate Democrats to convict him on the House article of impeachment: inciting an insurrection attempt.

Email ThisBlogThis!Share to TwitterShare to FacebookShare to Pinterest
Article of Impeachment Against Trump Arrives In the Senate

Lead Impeachment Manager Jamie Raskin (D-MD) read the article out loud in the Senate. “Tonight, we have delivered the Article of Impeachment against Donald John Trump, former President of the United States, for high crimes and misdemeanors against the United States. The nine Impeachment Managers appointed by the House of Representatives will present overwhelming evidence of the facts of former President Trump’s incitement of the violent insurrection that took place in and around the Capitol on January 6, 2021,” Raskin said in a statement following the delivery.