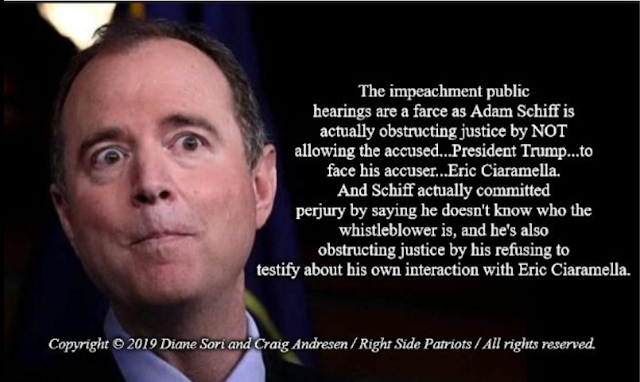 During the first public impeachment inquiry hearing Wednesday morning, House Intelligence Committee Ranking Member Devin Nunes did not hold anything back and slammed Democrats for damaging the country. He also went after the media and again called on Hunter Biden to testify about allegations of corruption in Ukraine.

"In a July open hearing falling publication of the Mueller report, the Democrats engaged in a last ditch effort to convince the American people President Trump is a Russia agent. That hearing was a pitiful finally of a three year long effort by the Democrats, the corrupt media and partisan bureaucrats to overturn the results of the 2016 election. After the spectacular implosion of their Russia hoax on July 24...on July 25th, they turned on a dime and now claim the real malfeasance is the Republicans dealings with Ukraine," Nunes said.

While some American hostages being held by the Islamic regime in Iran have been freed, Bob Levinson’s case has always been more ambiguous because there was never even a public admission that he was being held, let alone any actual court dates. Levinson, who is now 71, disappeared in Iran in 2007. He was a […]
Read in browser »

Email ThisBlogThis!Share to TwitterShare to FacebookShare to Pinterest
RIGHT SIDE PATRIOTS...for those who missed last night's show or just want to listen in again...where Craig Andresen and Diane Sori discussed 'The Reality of Gender and Genetics'; 'Cancel Culture...The New Censorship'; and important news of the day...you can listen to it (and previous shows) at your convenience on our PodBean hosting/archive site. Click here: https://rightsidepatriots.podbean.com/ to go directly to our podcasts and hope you become 'followers' of RIGHT SIDE PATRIOTS. And our podcasts are now also on Spotify at: https://open.spotify.com/show/2ZfPSVcjon4DhpHcuAl3BT?si=R6DsTh1uQE2Rejlj2ACKkw

Posted by Diane Sori at 6:09 AM No comments: