Let's try to somehow bring them all home..one way or another. 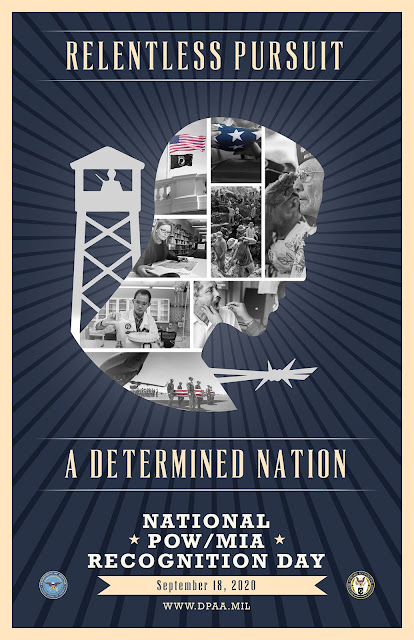 Posted by Diane Sori at 3:14 PM No comments:

“We are a Republican government. Real liberty is never found in despotism or in the extremes of democracy”
- Alexander Hamilton

The indisputable fact is that the vast majority of we Trump supporters, Republicans and Conservatives alike, are revved up and ready to go vote in person on Tuesday, November 3rd...no mail-in “will they or won't they” be counted ballots for us. We will to be out in force and nothing the Democrats and their media cohorts do, say, or threaten will stop us from putting on our masks, getting to the polls, and casting out votes not only for the Trump/Pence ticket but will see us voting a straight down the line red ticket as well. After all, not only have we on the right...and hopefully those still of the JFK style Democrat persuasion...had enough of the lawlessness and the accompanying lies that are masquerading as a reason for Democrat governors and mayors to willingly allow the BLM and Antifa rioting, mayhem, and murder to continue on, but we now realize that the point has been reached where it's obvious to us that our country's very survival as a constitutional republic is indeed now at stake.
Read entire article and see video here: https://thepatriotfactor.blogspot.com/2020/09/op-ed-ballot-socialism-or.html
Posted by Diane Sori at 9:02 AM No comments:

“On this very day in 1787, our Founding Fathers signed the Constitution at Independence Hall in Philadelphia. It was the fulfillment of thousands of years of Western Civilization. Our Constitution was the product of centuries of tradition, wisdom, and experience,” President Trump said. “No political document has done more to advance the human condition or propel the engine of progress.”

The president shredded the radical left’s mission to “demolish” institutions, while they wage a war on law enforcement:

“Yet as we gather this afternoon, a radical movement is attempting to demolish this treasured and precious inheritance. The left has launched a vicious and violent assault on law enforcement...

A recently leaked phone call between then-Vice President Joe Biden and Ukrainian President Petro Poroshenko directly after the 2016 presidential election shows that Biden sought to sabotage the incoming Trump administration before Donald Trump even took office, and much worse.

During the course of the call, Biden badmouthed the incoming administration, saying, “The truth of the matter is that the incoming administration doesn’t know a great deal about [Ukraine]” and that they were unprepared for the transition. This in itself is inappropriate, but it was meant to set the stage for Biden’s next statement and future plans.

Today, Friday, September 18th from 7 to 9pm EST, RIGHT SIDE PATRIOTS Craig Andresen and Diane Sori discuss 'On the Ballot...The Rule of Law'; 'Textbook Marxism'; and important news of the day.

Hope you can tune in to RIGHT SIDE PATRIOTS on our website rspradio1.com Click 'LISTEN LIVE' starting at 6:50 pm EST with the show beginning at 7pm EST.