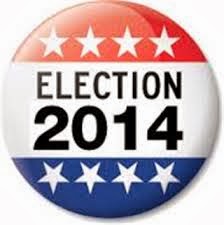 By: Diane Sori
OK folks...here's the bottom line before anything else...we MUST MUST MUST retake the Senate and increase our numbers in the House come November or it's over...and over for a very long time if NOT forever. And only by turning Congress RED can Barack HUSSEIN Obama be rendered politically impotent from doing any more harm to our country.
We blew it in 2012...we cannot afford to blow it this time around. We blew what should have been an easy win and we blew it because of our own people. We blew it because of those 'supposedly' on our side who did NOT vote at all because their candidate of choice was NOT the nominee. We blew it because of those voters who put social issues before the very survival of our country. We blew it because many voted 3rd party simply because they felt the chosen nominee was NOT conservative enough for them. We blew it because of 'certain' religious leaders who told their flocks NOT to vote for the Republican nominee because he was NOT of their chosen faith. We blew it by listening and buying into the media's defamation and dishonoring of a good man. We blew it by NOT putting a stop to the rampant voter fraud that we all knew was surely to come BEFORE it even happened. And we blew it because...geesh...the list goes on and on, and that is the saddest thing of all.

And out of those who caused us to blow it in 2012...and who might just cause us to blow it in 2014...I have a particular bone to pick with certain groups of people within our ranks...the social issue voters ...the 3rd party voters...the non-voters...and the what I call the 'it's my way to God or NO way to God' voters. First, the social issue voters. When are these people going to wake up and realize that the social issues can only be dealt with AFTER our side is in control...as in holding the majority in both Houses of Congress. We must realize and accept as fact that social change will NOT come while the Democrats are in control of the Senate because the votes for the social issues are just NOT there... period. So put the social issues on the back burner for now...they can and will be dealt with when Republicans...YES Republicans...are in control of both Houses of Congress. 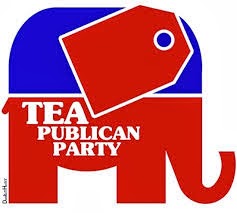 Second, the 3rd party voters. Now listen up you guys...NO...I repeat NO 3rd party candidate will ever win the White House or be in control of Congress...nor will the writing in of Mickey Mouse or Jesus afford that wanted result either...as the numbers are NOT and will NEVER be there. A two-party system works...and works well...when the premise of the 'good guys' vs the 'bad guys' comes into play. In fact, a 3rd party vote...or a write-in vote...is actually a vote for the 'other side' as even one less vote for the 'good guys' by default is one more vote for the 'bad guys'... period. So suck it up if your candidate of choice is NOT the nominee whether for president or for Congress...hold your nose and pull the lever for whomever has the 'R' next to their name for if the Senate and House are under the control of the Republicans... true Conservative Republicans...or better yet TEApublicans...even a more moderate Republican president can be kept in check...yet another reason we must turn Congress RED.

Third, in relation to the 2012 election and hopefully something that will NOT become an issue in the 2014 mid-term election, is the fact that it's time for those religious leaders who seem to think that they and only they know what's best for our country to go back to ministering to their flocks on all things religious and stay out of politics. Politics and religion do NOT meld well when one particular religion's beliefs totally discount the beliefs of others...even others who believe in the one true living God just as they do, but who happen NOT to follow their particular tenets of religious dogma. And politics and religion do NOT meld well when these same religious leaders advice their blind followers...those who do NOT exercise the free will God gave all men...to stay home and NOT vote at all because they do NOT like the religion of a certain candidate.

And lastly, when all is stripped away what matters as much in 2014 as it did in 2012...maybe even more so...is the fact that numbers win or lose an election whether for Congressional seats or for the presidency, and in 2012, about 93 million eligible voters did NOT exercise their right to vote... including 3 million registered Republicans who were unhappy with Mitt Romney being a Mormon. And if 2012's voter turnout is an indication of the still on-going apathy in our country today, it won't be long before less than half of all eligible voters actually cast the ballots that determine the future of our nation.

And for those apathetic millions who did NOT like either party's presidential candidate in 2012, it simply NEVER occurred to them that they could easily have skipped the 'top line' of the ballot and just voted for the Senate and House nominees. And if they had done so chances are we would now have a Republican Senate and a stronger hold on the House...translating into Obama would NOT have been able to do the amount of damage he now has been allowed to do. So I hope all of you who stayed home are happy with your decision...actually your betrayal of our beloved America...because the rest of us sure the hell are NOT.

And while all the above contributed to our losses in 2012, it must be understood that staying home is simply NOT an option come this November for its numbers that we need...big numbers. I cannot stress enough the importance of getting out the vote...and that means a grassroots effort from us all, including having the 'prayer warriors' say their prayers and then get off their knees and join in getting out the vote. And all efforts must be primarily focused on the Senate and House races putting the local races if NOT aside at least giving them a bit less importance than the Congressional races during this election cycle. And the reason why is the simple indisputable fact that we either retake the Senate and increase our numbers in the House or Barack HUSSEIN Obama's 'pen and phone' issuing of Executive Orders will be a walk in the park compared to what damage this man can do if he holds the strings to both Houses of Congress in his hand...and it will be our fault and ours alone if this happens...period.
Posted by Diane Sori at 12:02 AM 16 comments: