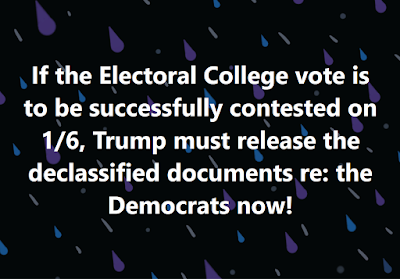 Posted by Diane Sori at 4:38 PM No comments:

Is a National Split Inevitable?

The opinions expressed by columnists are their own and do not necessarily represent the views of Townhall.com.

Is America “trending towards secession”? Conservative radio legend Rush Limbaugh got into some hot water last week for daring to attempt to answer that question. Unless you’ve been living under a rock, you probably heard about it. From Media Matters to Geraldo Rivera to every left-of-center blue-check Twitter account, critics were basically accusing the legendary broadcaster of treason, even though he never explicitly endorsed the concept himself.

It’s a far cry from only four years ago, of course, when the “Calexit” movement made news as a novel concept put forth by lovable, if a bit rambunctious, leftists frustrated at the election of Donald Trump. Obviously, when a liberal wants to secede, it’s perhaps a bit misguided but understandable, but when a conservative even broaches the topic, it’s a treasonous reintroduction of slavery, or something.

The blatant media double-standard notwithstanding, what should we make of Limbaugh’s observations?

The criminal Democrats have awakened the sleeping tiger –> America.

President Donald Trump tweeted Saturday that he intends to “declassify everything,” over his own apparent concern that the Department of Justice and Attorney General William Barr withheld information about an ongoing DOJ investigation into Hunter Biden, the son of Democratic presidential candidate Joe Biden.

Hunter Biden acknowledged this week that he is under investigation over questions about his tax returns and possible unreported income from Ukrainian oil and gas firm, Burisma. As The Daily Wire noted late last week, further information seems to have emerged creating questions about Hunter Biden’s foreign dealings, including a possible entanglement in China.