Tomorrow, Saturday, August 29th, on CPR Worldwide Media from 11am to 1pm EST...RIGHT SIDE PATRIOTS Craig Andresen and Diane Sori will discuss the murders in Virginia, news the media keeps hidden, and Lois Lerner's e-mails...an important subject that has taken a back seat to Hillary's email issues. 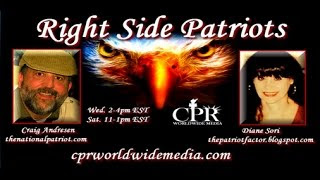 When Child Sex Abuse Gets Ignored

The double standard our media impose on child sexual abuse is garishly obvious. On Aug. 14, The Washington Post set the stage for the coming American visit of Pope Francis with another splashy front-page story on a man still berating the Catholic Church after being abused by a priest from 1969 to 1976.

But on Aug. 21, after a court sentenced former Baltimore Ravens cheerleader Molly Shattuck, 48, for sexually abusing a 15-year old boy merely a year ago, the Post ignored it completely. Apparently, there was no room. That boy's family had no media advocate there.

It's horrible that a priest would so egregiously betray his vows to abuse and manipulate a child. It's also horrible that a mother would betray her teenage son by sexually molesting one of his friends. But only one of these stories is apparently "newsworthy."

It's obvious that in our culture today, the idea of a 15-year-old boy "becoming a man" with a grown woman is seen as a happy occasion. The notion of childhood innocence is not just antiquated; it's downright silly. People imagine the high-school high-fives, and don't think of rape.

Another NY Democrat Comes Out Against Iran Deal

In July, Rep. Carolyn Maloney (D-NY) posted a statement to her congressional website indicating she would take 60 days to carefully study and review President Obama’s nuclear agreement with Iran. She clearly didn’t like what she saw.


"There are strong arguments for and against the agreement but, as a matter of conscience, I have decided to oppose it," Maloney said in a statement to the News.

Maloney said she is "concerned that, even if Iran complies with the restraints spelled out throughout the life of the agreement, the deal does not block Iran from eventually acquiring nuclear weapons."

Maloney is now one of 14 House Democrats to announce opposition to the deal. This, despite Minority Leader Nancy Pelosi’s best efforts to lasso supporters.

One of Maloney’s fellow New Yorkers, Sen. Chuck Schumer, is also not a fan of the Obama administration’s rushed nuclear agreement. He made that quite clear in a lengthy and detailed piece on Medium.com

Fr. Douglas al-Bazi’s coreligionists in the West, and their leaders among the U.S. Catholic bishops, would be supremely embarrassed if they heard him talking this way. They are sure that Islam is a Religion of Peace, and woe to you if you don’t fall in line behind them. They don’t want to hear about Islamic […]

Email ThisBlogThis!Share to TwitterShare to FacebookShare to Pinterest
Posted by Diane Sori at 10:19 AM No comments:

“The church was the tipping point, but my anger has been building steadily. I've been a human powder keg for a while, just waiting to go BOOM!”
- Vester Lee Flanagan II writing in his manifest on why he murdered a reporter and cameraman in Moneta, Virginia

When a black thug is rightfully shot and killed by a white cop after committing a crime...a crime caught on tape I might add...the thug's race becomes the touch-point in all the media reporting as the cop is portrayed as NOTHING but a racist out for black blood. When two white reporters are murdered by a black racist the media of course downplays the murderer's color just as the Democrats come out en-mass calling for more gun control as if the 'bad gun' committed the murders NOT the black racist who pulled the trigger.

Above was the comment I posting on Facebook on Wednesday night after listening to FOX News and other media talking heads throughout the day who kept making excuses for and basically covering up the race of the murderer of WDBJ7 Virginia reporter Alison Parker and cameraman Adam Ward. By their willfully omitting the fact that avowed black racist Vester Lee Flanagan II...a former disgruntled co-worker of the two murdered...was fired two years ago from his job as a multimedia and general assignment reporter after making a series of proven to be unsubstantiated racial complaints against his co-workers...the media has laid the foundation to 'whitewash,' if you will, the severity of what actually transpired for this murderous act was a 'hate crime' carried out by a madman who passed a background check to legally purchase a gun, but so far NO mention to that affect has been made. 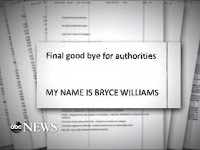 The act of a madman who should NEVER been allowed to posses a gun, Flanagan contacted ABC News after the attack, sending them his 23-page manifesto/suicide ramblings explaining his 'supposed' motivates. Saying that he was tired of all the racial and sexual discrimination he faced as a gay black man he now wanted revenge for the recent Charleston church shooting, and that his “hollow point bullets have the victims initials on them." Adding that he was inspired by other infamous mass murderers like Virginia Tech shooter Seung–Hui Cho...who murdered 31 people...and whom he called “my boy” Flanagan adding that “he (Cho) got nearly double the amount that Eric Harris and Dylann Klebold got…just sayin'.”

A madman...an angry, hateful, delusional racist of a man who exhibited for years all the warning signs of a 'loose cannon' yet one who walked freely amongst us.

Appearing on air under the moniker Bryce Williams for the CBS affiliate in Moneta, Virginia, if truth be told Flanagan was simply out for white blood and used his being fired...fired from another job yet again...as an excuse to do what he did, and the media whether willingly or NOT is now helping to move the Democratic agenda for gun control forward by NOT honestly and in full reporting this man's history.

And now, sadly, victim Alison Parker's father has gone public with a call for more gun control in the sense of keeping guns out of the hands of the mentally ill and calling for stricter background checks. And while his efforts can be understood in the aftermath of his daughter's senseless murder what Mr. Parker does NOT understand is that laws already exist to that effect, but just like our current unenforced immigration laws the gun laws too are NOT strictly and uniformly enforced. Instead they are enforced on a pick and choose level with the mentally ill falling through the cracks due to the touchy-feely sorts being too afraid to label some what they truly are...as in seriously mentally in and thus should NEVER be allowed to possess a firearm. 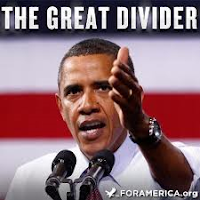 So now like so many times before we have the media once again deliberately ignoring the black on white victimization aspect of this crime. And starting almost immediately after the killings they choose NOT to focus on the victims or the killer, but instead chose to focus on Obama's, Hillary's, and the left's call for even more gun control laws as they work to do away with the Second Amendment in full. And isn't that quite a farce as these are the same people lobbying hard for the release from prison and restoration of rights of criminals...of felons; these are the same people trying to tie the hands of law enforcement as they move forward their agenda that the police are the problem and are only out to kill black men; and these are the same people who have willfully and knowingly divided our country along racial lines solely for their personal political gain as they line their own pockets off the misery of others.

And proof comes in the guise of none other than Hillary Clinton herself who almost immediately after the killings went on Twitter to say that while she was “heartbroken and angry” over the tragedy she quickly turned her message political adding that “we cannot wait any longer” to address gun violence. Completely ignoring the fact that guns, being an inanimate object, are NOT violent that it's the people who pull their triggers who are, Hillary has made gun control a major touch point in her presidential campaign. Repeatedly ad-nauseum calling on lawmakers to take on the gun lobby at events across the country, at a press conference in Iowa late Wednesday afternoon Hillary went so far as to say, “I want to reiterate how important [it is that] we not let another terrible instance go by without trying to do something more to prevent this incredible killing that is stalking our country.”

Stalking our country...NO I do NOT think so for the actual numbers speak otherwise NO matter that the Democrats love to say that gun violence in America is increasing. Actually, they are wrong, in fact in 2013 (the latest year figures available) murder and non-negligent manslaughter actually dropped 4.4% across the board to the lowest level since 1978.

And Hillary and crew also choose to forget the harsh reality that out of the nearly 770,000 violent interracial crimes committed every year involving blacks and whites, blacks commit 85% of said crimes and whites commit only 15%. Also forgotten is that 93% of black victims are killed by fellow blacks NOT by whites. And of key importance is the fact that the actual number of firearm deaths compared to the total population is NOT what Hillary and her ilk want you to believe, for out of a nation of 318.9 million people, 11,208 homicides occurred with the use of a firearm (3.5 per 100,000), 21,175 by suicide with a firearm, 505 deaths due to accidental discharge of a firearm, and 281 deaths due to firearms with 'undetermined intent' for a total of 33,169 deaths related to a firearm. Now taking this one step further that translates to 0.0103% of the entire U.S. population dying as a result of all firearm related reasons, and when one looks only at homicides that number drops to just 0.0034% of the U.S. population dying as a result of a firearm...an amount NOT worthy of all the leftest brouhaha over guns and gun control. These are figures for 2013, again the latest figures available. 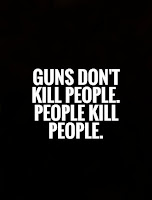 So to Hillary and her ilk I say once again guns do NOT kill people...people kill people...and to that affect what we must stop is allowing the media from turning the victims into the guilty and the guilty into the heroes. What we must do is show the true perpetrators of most violent crimes involving a gun for who they are...angry young black men who think we still owe them something for sins long gone. Also we have to stop tip-toeing around being politically correct and enforce the gun laws currently on the books NOT make more laws that infringe upon our Second Amendment rights. And most importantly we must keep guns out of the hands of those who obviously should NOT be in possession of a firearm NOT add even more restricting gun laws on the law abiding. By being afraid to speak the truth about who is committing these random...YES random...killings...the more they will continue to happen.

And the fault will lie directly at the feet of Obama, Hillary, and their leftist ilk who continue to push forward their anti-gun agenda for the truth is that an unarmed America will fall...an armed America as per the Second Amendment will always stand strong NO matter how many of these senseless shootings happen...NO matter how many numbers are added to the crime statistics.

And to the families, friends, and loved ones of Alison Parker and Adam Ward I send my deepest heart-felt condolences...may your loved ones Rest in Everlasting Peace.
Posted by Diane Sori at 12:00 AM No comments: