Saturday, March 12th, from 11am to 1pm, RIGHT SIDE PATRIOTS Craig Andresen and Diane Sori will discuss Thursday night's presidential debate, 'A Foreign Policy Disaster in the Making', 'Prosecuting a Lie', and a special Q&A with Trumpers.

Hope you can tune in at: americanpbn.com

Posted by Diane Sori at 4:32 PM No comments:


Op-ed:
Prosecuting a Lie
By: Diane Sori / The Patriot Factor / Right Side Patriots on http://americanpbn.com/ 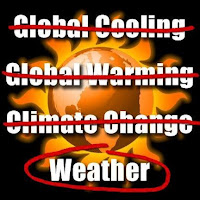 “This matter has been discussed. We have received information about it and have referred it to the FBI to consider whether or not it meets the criteria for which we could take action on.”
- Attorney General Loretta Lynch on bringing charges against ExxonMobil who denies climate change exists

Well here we go again folks as the ridiculous meets the sublime as Barack HUSSEIN Obama now wants Attorney General Loretta Lynch and the Department of Justice to bring charges against the energy industry for denying the farce called 'climate change'...you know...the weather. And now with what was originally called 'global warming' being renamed 'climate change' because the fabrication called 'global warming' was debunked...as there was and is no discernible rise in the Earth's overall temperature...by changing the name allows the farce to continue to be perpetrated upon the public for fear value, control, and dollars earned off something that does not and has not ever existed. 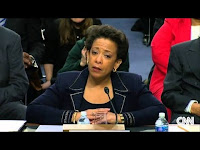 And while Obama's puppet Loretta Lynch recently admitted that she and her department have 'explored' ways to “take action” on making climate-change denial a federal crime, and to do so because she felt something had be done about the so-called “mischief” of the energy industry and the “climate-denial apparatus” it created, Lynch also admitted that the FBI is currently considering if the fossil fuels industry information her office has received...most notably in regards to ExxonMobil...meets the threshold necessary to prompt legal action.

And though Lynch falsely equates the energy industry to the tobacco industry which for years tried to deny the correlation between cigarette smoking and lung cancer, it has been reported that Lynch will not go after members of the American public who don’t buy into the Obama climate change agenda, but that she will go after the energy industry itself and all the jobs such companies represent.

And with Lynch probably intending to prosecute said energy companies along the lines of RICO...the Racketeer Influenced and Corrupt Organizations Act...a 1970 federal law enacted as a crime-fighting tool against the Mafia with RICO charges including prison sentences of up to 20 years and seizure of financial assets for those found guilty of such racketeering...Lynch's hand in all this aligns her directly with Obama's trying to shut down or at least cripple our oil and coal industries to allow for his brethren to keep their dominance over our energy needs...especially concerning our oil industry...and that is the true crime that should be prosecuted.

But with this sitting Congress that will not happen, so the question remains how can Obama turn denial of something that does not exist...as in climate change...into a crime. First, he hopes that Congress will not take notice of any bill to this affect that he tries to push through or second, he'll legislate it in with yet another infamous 'pen and phone' executive order. And Obama will surely do this as he hopes that the EPA's Gina McCarthy's recent admission that the EPA doesn’t understand how the oil and gas industry works especially when it comes to emissions never goes public...ooops... it just did.

And know that Lynch's words in regards to bringing charges against the energy industry comes on the heels of the Supreme Court's 5-4 (party line) ruling stopping Obama’s nonsensical regulations...regulations that strive to cut carbon emissions from electrical plants by 32% by the year 2030...that is until lawsuits were brought by 27 states who claim Obama’s EPA regulations were tantamount to “an unprecedented power grab” are resolved.

And Obama laid the groundwork for this newest action against America's energy industry back in February when he said during a DNC fundraiser in the land of liberals known as California, “There are going to be people constantly pushing back and making sure we keep clinging to old dirty fuels and a carbon-emitting economic strategy that we need to be moving away from. We need to be investing in the future, not the past. Instead of subsidizing...the oil industry, we should be investing in solar and wind and battery technology.”

Hate to tell Obama...no actually I love to tell Obama...but solar and wind power were never designed to be prime sources of energy but to be adjuncts to our main power supplies of coal and oil...adjuncts which now have proven to be almost absolutely useless. What Obama should be doing instead of focusing on 'the weather' is instituting policies to help develop even more American produced oil and gas...as in “Drill Baby Drill”...instituting policies to allow more carbon footprint clean nuclear power plants to come online...as well as helping to support the American coal industry in his last year in office. But we know Obama will do none of that as he must pander to the wacko environmentalists and their 'bought-and-paid-for' lobbyists, as well as keeping his aforementioned brethren happy.

So it seems that once again we must now revisit ground zero of this made-for-profit nonsense called 'climate change' and do so with facts, the first being that pollution is a vastly different animal than climate change as man can control the amount of pollutants and garbage he puts into the air, water, and landfills, but man cannot in any way control the weather let alone deny the weather.

Now for the five key lies that have Obama and Lynch screaming to make 'climate-change' denial a crime. But seriously...how can something scientifically proven to be a lie be a crime...simply it cannot for as per leading climatologist Dr. Rosa Compagnucci, “Humans have only contributed a few tenths of a degree to any warming on Earth. Solar activity [not man] is a key driver of climate.”

Lie one: the polar ice caps are shrinking. Absolutely not true as the the polar ice caps are increasing in size not decreasing. In fact, from 2014 through today, there is record sea ice in both Antarctica and in the Arctic. In Antarctica, the five-day average of Antarctic sea ice extent exceeded 20 million square kilometers (7.72 million square miles) for the first time since 1979, and in the Arctic, while the first three weeks of February saw little ice growth...meaning the polar ice spread stayed status quo...during the last week of the February the ice started to grow and will continue to do so until the Arctic sea ice reaches its maximum growth extent for any given year in mid-to-late March.

Lie two: snow fall levels are decreasing. Again, not true for as per the 2014 reports...the latest reports available...in the 46 years that records have been kept, more snow covered the Northern Hemisphere in the fall of 2014 than at any other time. In fact, data from 'Rutgers University Global Snow Lab' showed that the Northern Hemisphere snow cover extent exceeded 22 million square kilometers, more than the 1976 previous greatest fall extent recorded. And guess what...it has to be cold for snow to fall not warm. 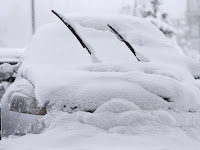 Lie three: the winters are getting much warmer. Not true as earlier this year cold records were broken as a polar vortex took hold with the coldest temperatures in over a decade hitting our nation's mid-West region hard. In fact, the Weather Channel's Lead Forecaster Michael Palmer stated that, "This will be the coldest air for more than a decade for much of the Northeast." Global warming...I don't think so for the truth is that there has been no global warming for over 18 years.

Lie four: the oceans will rise 20' in the next decade. Lie, as the oceans have not been rising to the levels climate alarmists...like Al Gore...have predicted. In fact, 80% of all tide gauges show no rise in sea levels at all, and almost none show any acceleration over the past 20 years. And leading climatologist Dr. Robert Balling states that, The IPCC (the Intergovernmental Panel on Climate Change) notes that “No significant acceleration in the rate of sea level rise during the 20th century has been detected.”

Lie five: CO2 levels have increased worldwide because of the man-made effects of industrialization. Again not proven to be true because in 2014, NASA launched a satellite to measure CO2 levels around the globe. Assuming that most of the CO2 would be coming from the industrialized northern hemisphere, indisputable findings actually found that most CO2 was coming from the rain forests in South America, Africa, and China, through the natural process of decay of plant and animal matter. In fact, Dr. Lucka Bogataj upon seeing these findings stated that, “Rising levels of airborne carbon dioxide don’t cause global temperatures to rise…temperature changed first (as it does as naturally occurring 'little ice ages' end) and some 700 years later (today) a natural change in aerial content of carbon dioxide followed.”

So while Obama tries to move forward with this absurdity that 'climate change' is caused by both the energy industries and energy consumption of greedy industrialized nations, more than 31,000 of our country's top scientists have signed a petition saying they do not believe in Obama's screaming that climate change is man-made...hence...the energy industry...most notably the oil industry...has not a thing to do with his lie.

But still choosing to ignore all scientific fact, the DOJ has now chosen as its test case the federal investigation into ExxonMobil‘s 'supposed' decades-long (rightful) denial of climate change. Claiming that ExxonMobil covered up the role of fossil fuels in climate change and interfered in government efforts to take action on global warming because it would cut into the company's profits, Naomi Ages, a 'climate liability' campaigner with Greenpeace...a well-known wacko environmentalist group...said that, “Exxon has already cost us decades of meaningful climate action and policy thanks to its colossal climate denial operation. This development is a step in the right direction to holding it legally accountable.” But Ages, just like Obama, ignores the fact that so many Americans aren't buying into the climate change farce.

And a farce it is as one in five Americans...as per the Yale Project on Climate Change Communication...adamantly do not believe 'climate change' or its predecessor 'global warming' to be real let alone a threat to their personal or to our country's survival, as they are smart enough to know that temperature goes up a little, and goes down a little, due to natural causes and weather cycles. In fact, climate scientist Dr. John Daniel states, “If you make a big deal about every time it (temperature) goes up, it seems like you should make a big deal about every time it goes down.” 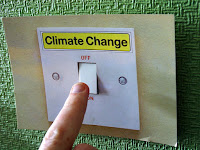 But that is not profitable for the climate change profiteers so the farce continues on as does Obama's wanting to make something a crime which clearly isn't a crime. And if truth be told, I believe the entire climate change nonsense to be nothing but a scam because have you noticed that all the key players either live lifestyles that are in direct contrast to the words they spew, while others like Al Gore actually profit from carbon taxes and other (useless) green energy laws.

So while the Earth will continue to go through naturally occurring warming and cooling cycles every 300 hundred years or so, Obama and crew will try to make a political inquisition into a crime when it clearly isn't a crime, and will continue to do so to appease both his islamic brethren and to try once again for some (I believe) personal pocket lining and legacy building...and hopefully he will fail on all accounts.