“The original idea was that Facebook was a public square where you can come in and say anything you want.”
- Bhaskar Chakravorti, Dean of Global Business at the Fletcher School at Tufts University

Control...for them it has always been about control, especially control of the public discourse for if “they” didn't have absolute control truths could and would then be told. And if a single truth were to triumph over even one of their lies spewed, “they” then would loose not just control of the mindset of the masses but control over the entirety of the specifics of political discourse as well. But with them having ultimate control...remember “they” banned the true president of these United States from major internet platforms...know that “they” cannot only ban you and me but “cancel” us completely if “they” so desire.

And by “they” of course I mean the social media giants who are part of “Big Tech,” as in the likes of Facebook, Instagram, Google, Twitter, YouTube, etc. But in regards to Facebook... the largest of said social media “Big Tech” companies...a company rightfully now known by many as Fascistbook...it remains Facebook who garners the most control over the mindset of both the public and political conversational discourse, especially conversation pertaining to the “health, safety, and welfare” of “We the American People.”

And to that end Facebook, who I will concentrate on here in this article, not too long ago expanding its list of what would and would not be allowed on its platform...a list of what their anything but independent fact-checkers consider to be false, fake, or misleading information regarding Covid-19...along with their threatening to ban any users, groups, or pages that repeatedly spread such misinformation...misinformation that in reality is now proving to be truths...with one truth being that the Covid virus was either manufactured or re-engineered to be used as a bio-weapon of sorts.

But when Facebook decides that merely “banning” you from its platform isn't enough to silence your voice or the truth you are trying so hard to tell...and when you of course are given no recourse for rebuttal...Facebook then places you in a “time-out” whose duration is of their own choosing. And it's a “time-out” in what we former residents like to call the infamous “no visitors allowed” Facebook jail where even your Messenger privileges are suspended as well. And then if you still try to get out what you know is the truth, Facebook goes even one step further, as in to permanently cancel your account by claiming that you have continuously violated their community standards and rules...community standards and rules which more times than not haven't even been made up yet.

And it's here where the real truth actually becomes reality for what you violated was just some of their fact-checkers anything but truths or quite possibly a liberal's ever so delicate kumbaya feelings along with their misplaced anti-American musings spewed. But when Facebook knows that you have indeed played by what remains their First Amendment, free speech violating community standards and rules, Facebook instead goes the route of “limiting your post reach”...as in allowing only a limited number of folks...folks of their choosing...to see, read, and share what you have tried so hard to get posted and read.

And currently, I myself am once again a victim of just that for I have dared to not only tell the truth about the origins of Covid-19 but to discuss those truths in detail...numerous truths I have been shouting since day one of this politically motivated and hence politically manipulated “China virus” discourse. And if you cannot find the truths of which I speak on Facebook, Google, Twitter, etc...what with their cracking down on what they alone determine to be misinformation about both the virus itself and the now being forced upon us vaccines...you can find said truths...fact based truths not conspiracy theories...in the Covid-19 section of my blog The Patriot Factor.

But while I am just one wee small player being denied my basic First Amendment right to free speech, when you add my name to the millions of others also being denied by Facebook and other social media giants their right to free speech...and here I can safely say that probably 99.9% of us who are being silenced are on the right side of the political aisle...you now have a lobbying force, if you will, powerful enough to not just call social media “Big Tech” giants to task, but to help initiate across the board change. But sadly, like with the Republican cowards in Congress who know well not only the truth about the lies the Democrats, “Big Tech,” and their media cohorts spew, they and some of us still shamelessly continue to let them all slide on key and ever so critical issues.

And regarding doing what's right...here I'm speaking of not just reigning in social media “Big Tech” giants with Facebook, obviously, being the first on the list...but actually breaking up the monopoly these companies hold over both the public and the political discourse. Remember, whether “they” be publicly or privately held companies, nothing gives them the right to arbitrarily and also selectively censor voices on the internet highway...voices that do not concur with their political agenda...nor do “they” have the right to dictate as fact which information must or must not be gotten out to the masses. 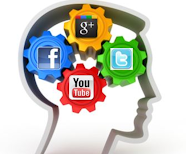 Simply, it's Facebook and their fellow platform ilk who still relish in leading the blind following masses down the path to acceptance of deliberately orchestrated and ever so maliciously spewed lies...after all in their minds it's better to control the masses via lies and misinformation than to allow said masses to decide for themselves what is and what is not truth. Take away one's right to decide truth for oneself and the battle for said truth is lost before it even begins...that is except for those of us who can thankfully read between social media's...read mostly Facebook and Twitter here...constantly being forced upon us Democrat initiated lies.

But again, all seems to originate with “Big Tech's” social media giants censoring of open discussion...especially the overt censorship “they” currently practice regarding discussions about the dangers of catching the “China virus” itself; its now proving to be Wuhan lab's origin; and the rush to get folks to line up for what is truly an experimental vaccine. And this sees both major and minor social media sites not just being the engine by which the left controls the masses mindset, but actually puts people's lives in danger for while telling the truth might hurt some little snowflake's feelings or even anger them a bit, repeatedly telling them lies just might cost them their very lives.

And really, how pathetically sad is that for there exists no good nor honorable reason to allow for the platforming on social media of what “Big Tech” knows is both misinformation and politically generated lies, all of which can, has, and will continue to see some of those in the uninformed and deliberately lied to masses becoming sick and/or dying.

To put it in more direct to the point terms...because of their not allowing for full and robust discussion to take place; for their deliberately withholding valuable need to know information; for their passing around information “they” know well is politically driven and contrary to both medical and proven scientific facts; and for their outright misleading the public in regards to the safety of the “jab;” the “Big Tech” social media giants must share a certain amount of culpability and blame for those who via truths kept hidden have sadly been sickened by Covid-19; succumbed to Covid-19; as well as those now falling victim to an experimental vaccine(s) that is neither FDA approved nor has it been clinically tested long enough to be proven truly effective, especially against the newly morphed variants that now suddenly, but not totally unexpectedly, have been been popping up all around the world.

But if there's even one positive in all this know that now it seems that even social media's “Big Tech” giants have taken a step back...albeit it's a very small step back...as they've been forced by current circumstances and truths finally being revealed to reign in their all-out censoring of opposing Covid-19 voices. And it's not because they now have suddenly seen or accepted the truth regarding what is and will remain the “China virus,” its origin, and its true purpose, but because now with said truth actually being exposed even by some on the left, social media's “Big Tech” giants hope that by doing so that they will not become victims of what could become some of the biggest lawsuit payouts in history.

After all, with Covid being big business, it is, was, and will always remain for “Big Tech's” social media giants all about their bottom line dollars and cents profits, and not about their protecting "We the People" from harm...I cannot say or stress that enough. And that is one truth you, I, and countless others can take to the proverbial bank.