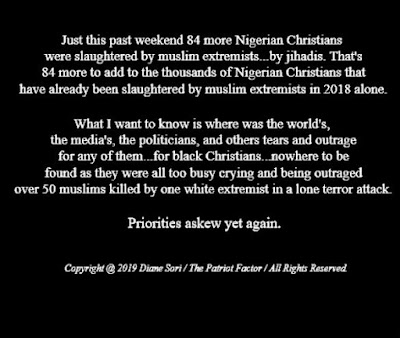 It’s called the Popular Vote Interstate Compact. It’s simple. A state’s electoral college votes are allocated to whoever wins the national popular vote. Period. It’s constitutional and some prominent conservatives are pushing or it. I had the privilege of attending on of the seminars on the initiative a couple of years ago.

I’m not for or against, but the reasoning behind this was that the Democrats have some 250 electoral college votes solidly locked up. With Florida teetering into becoming a blue state, Democrats would have a lock on 270. That’s the ballgame. Yet, there are many ways to skin the electoral cat, as some say. Ohio and Florida appear to be resilient to the blue wave sweeps, and I’m betting that both go for Trump again in 2020.

Still, back to the reasons, it allows conservatives to run a solid red agenda since there is no overemphasis on moderating a message to win swing states, it could cut down on bad policy, like No Child Left Behind, which was key for Volvo-driving soccer moms in Hamilton County, Ohio. It would spur GOP voters in California and New York to actually show up and vote because they know their vote now weighs a little more—and there are millions of such voters in these states. The Democrats can do the same; run on an agenda that’s true to their base, so baby-killing, gun confiscation, high taxes, and the Green New Deal. I’m not afraid of that debate.

Call out Islamic antisemitism, and you’ll be responsible if some madman massacres Muslims halfway around the world. The endgame here, as always, is to stigmatize and demonize even the slightest, mildest critical word about Islam or about any Muslim individual or group. The result will be to make it absolutely impossible to call out Islamic […]
Read in browser »

Posted by Diane Sori at 9:17 AM No comments:

Email ThisBlogThis!Share to TwitterShare to FacebookShare to Pinterest
The Democrat Party’s Anti-Jewish Problem Is Obama’s Legacy

America’s most radical, anti-Semitic, and pro-Jihad President should bear much responsibility for the anti-Semitic turn of the Democrat Party. Obama destroyed the Democrat Party’s relationship with Israel and with American Jews, because of his ferocious hostility to Israel, Prime Minister Netanyahu, and his embracing of anti-Semites and Jihadists.

Read entire article here: https://gellerreport.com/2019/03/the-democrat-partys-anti-jewish-problem-is-obamas-legacy.html/
Posted by Diane Sori at 9:12 AM No comments:

BETO FEELS THE HEAT ON CAMPAIGN TRAIL AS RNC TWEET FALLS FLAT: Democratic presidential candidate Beto O'Rourke vowed Sunday that nothing from his questionable past will sidetrack his campaign ... On the campaign trail in Wisconsin, denied he'd ever taken the drug LSD and vowed to stop using profanities, particularly the F-word, especially in front of kids. The Republican National Committee sparked an uproar when it attempted to capitalize on O'Rourke's past transgressions by tweeting his 1998 drunken driving mugshot - with a photoshopped leprechaun hat atop - that read "Please drink responsibly." Fellow Republicans slammed the tweet as insensitive, especially since it was St. Patrick's Day.