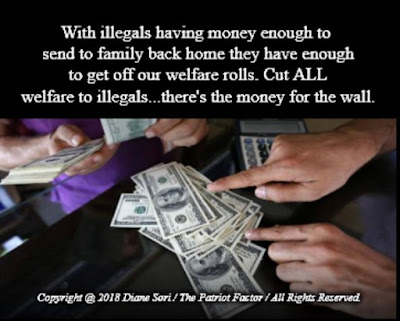 Email ThisBlogThis!Share to TwitterShare to FacebookShare to Pinterest
RIGHT SIDE PATRIOTS...For those who missed last night's show (or just want to listen in again) where Craig and Diane discussed 'An On-Going Christmas Nightmare'; 'Obamacare is Dead'; Gen. Flynn's Sentencing Delayed; and important news of the day...you can listen to it (and previous shows) anytime at your convenience on our PodBean hosting/archive site. Click here: https://rightsidepatriots.podbean.com/ to go directly to our Podcasts and hope you become 'followers' of RIGHT SIDE PATRIOTS.

Judge Sullivan: Does Flynn's conduct rise "to the level of treasonous activity?"

Special counsel prosecutor Van Grack: we did not consider charging Flynn with treason.

Sullivan: "Could he have been charged with treason?”

Prosecutor Brandon Van Grack, who initially demurred on the treason question, said that he is confident that Flynn did NOT commit treason and that that is not an issue
— Eric Tucker (@etuckerAP) December 18, 2018

Franklin Graham: Allah and the Christian God are “not the same”
By Christine Douglass-Williams / Jihad Watch

Franklin Graham, the son of the late Billy Graham, tweeted that Allah and the Christian God are “not the same.” Following the recent jihad attack in Strasbourg, Graham warned that “radical Islam continues to be a major global threat,” an obvious point that nevertheless makes one an “Islamophobe” for stating it. Graham disagrees with the […]
Read in browser Â»

The “mainstream” left doesn’t even attempt to hide its hate, intolerance and racism. These are indeed astonishing times we are living in. The very anti-Semitic Nation of Islam leader Louis Farrakhan enjoys mainstream acceptance today, and no one on the left says a word in protest. He was at Aretha Franklin’s funeral, alongside Al Sharpton, Jesse Jackson and Bill Clinton — all of whom stood center stage. And now this. Hill dares to compare this Jew-hater with Sean Hannity and Bill O’Reilly — I’m no fan of O’Reilly either, but that’s absurd. And at the same time, Twitter removes conservatives for the slightest infraction, real or trumped-up, but Farrakhan continues to spew his venom unhindered.