When Hell Walked the Earth

This is Obama's JV team in action...this is whose empty warehouses and long-deserted training camps 'he' bombs...this is whom 'he' condemns Vladimir Putin for bombing the hell out of...this is the enemy whom 'he' wants to bring to our shores...this is whom 'we' must NEVER allow 'him' to do so...this my friends is the face of pure evil. WARNING...graphic content. 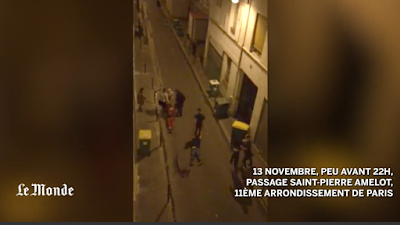 Geller: Muslims Declare War on France–’It Was a Bloodbath’

High powered weapons, suicide bombers and grenades. This is war.

“Allahu akbar!” That all-too-familiar battle cry kicked off seven Islamic acts of war on the people of France. Muslims set off on a murderous rampage in Paris Friday night, killing at least 166, including at least 100 concertgoers at a music hall featuring an American rock band. The death toll spread across seven sites in the city.

Devout Muslims were celebrating the attacks on social media.

One of the apprehended jihadists reportedly stated, “I am from the Islamic State.” Hundreds of thousands of these savages have invaded the continent.

“Terrorist attacks of an unprecedented magnitude are in play in Paris. It’s horror,” French President François Hollande said. “We have mobilized all forces possible to neutralize the terrorists.”

At the concert hall, the merciless jihadis murdered their hostages one by one, as the non-Muslims begged for the lives of their loved ones. Paris police said that the siege ended when French forces killed at least two of the jihad murderers inside the hall.

Hollande ordered a state of emergency in Paris. He also closed the country’s borders. Too little, too late. After the Charlie Hebdo massacre and the subsequent murders at a Jewish grocery in Paris in January, what more warning did Hollande need? 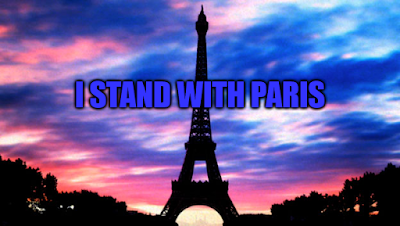