No quick fix in U.S. bid to end reliance on Russian rocket engines

By Andrea Shalal / Reuters News
WASHINGTON (Reuters) - The U.S. drive to end its reliance on Russian rocket motors got a boost this week when Amazon.com Inc founder Jeff Bezos unveiled a new engine project, but officials and industry insiders say it will take years and hundreds of millions of dollars to develop a locally built alternative.

Other companies, including privately held Space Exploration Technologies, led by another technology billionaire, Elon Musk, and Aerojet Rocketdyne, a unit of GenCorp Inc, have been energized by the Pentagon's growing determination to find alternatives to the Russian-built RD-180 engine now used to launch some of the biggest U.S. military and spy satellites.

Companies were due to submit by Friday formal requests for information (RFI) from the U.S. Air Force. The Air Force is also hosting meetings on the issue with the industry at Los Angeles Air Force Base next week.

Until now, U.S. production of the RD-180 or development of a separate engine were seen as too costly, and a possible irritant to relations with Moscow at a time when Washington depended on Russia to ferry U.S. astronauts to the International Space Station.

Those views changed after Russia annexed Crimea. U.S. officials are now more concerned that rising tensions could prompt Moscow to halt deliveries of the engines needed to launch the most sensitive U.S. spy satellites.

Lawmakers wrote to President Barack Obama this week, citing widespread support for efforts to develop a U.S. engine, and to ensure it would be available to multiple launch companies.

Air Force Secretary Deborah James told reporters the U.S. government was determined to end its reliance on the Russian engines "as soon as practicable."

Air Force officials would review industry responses to the RFI before deciding on the next steps, she added, but initial funding was likely to be included in the fiscal 2016 budget request submitted to Congress next February.

One former senior U.S. official cautioned the engine developed by Bezos' Blue Origin in conjunction with the United Launch Alliance - a joint venture of Boeing Co and Lockheed Martin - faced "a large number of technical challenges." The design calls for unconventional propellants such as liquid oxygen and liquefied natural gas.

Tory Bruno, chief executive of ULA, told reporters this week it would take about four more years before the Blue Origin engine was ready. He acknowledged the current Atlas 5 booster would need modification given the different fuel used by the BE-4 engine. He said ULA was confident about the project, but had "contingency plans" to fall back on.

Russia's Energomash was also continuing to deliver RD-180 engines, with no threat to that supply for now, Bruno added.

Bezos underscored the complexity of developing a new rocket engine, telling reporters: "There is no way to rush the rocket development process. You can't cut corners. It needs to be methodical and deliberate."

Aerojet Rocketdyne has been doing preliminary research with Dynetics Inc, a private research group, on a new engine.

Steve Cook, Dynetics' director of corporate development, said he was confident a prototype could be developed in 2-1/2 years, and a new engine could be ready by 2019.

SpaceX plans to unveil its own heavy-lift rocket next year, which could replace or augment ULA's Atlas 5 rocket.
Posted by Diane Sori at 11:10 AM No comments:

* The shale oil production boom could boost US crude production to 9.5 million barrels of oil per day (bopd) next year, reducing America’s crude oil imports to 21% of domestic demand, the lowest level since 1968. Output from fracked wells represents 43% of all US oil production and 67% of natural gas production; its oil could reach 10 million bopd by 2016, the Energy Information Administration says.

* The global economy saves $4.9 billion per day in oil spending because of the shale oil boom. Without it there would be a 3 million barrel per day shortfall and prices would likely be 55% higher: $150/barrel.

* Constantly improving hydraulic fracturing technologies continue to increase production. For example, Cabot Oil & Gas refracked a 2013 Pennsylvania well, increasing its output to 30.3 million cubic feet (mcf) of gas per day; that’s four times the output from the best well drilled in 2003. Fracking is even being used in decades-old onshore and offshore wells, to keep them producing for many more years.

* Rust Belt cities and industries – from manufacturing, real estate and law to hotels, restaurants and many others – are rebounding because of drilling, fracking and production in nearby shale areas. In Ohio unemployment fell to 5.7% in July from 10.6% four years ago; oil output increased 26% just from the previous quarter, while gas production rose 31% – generating billions in state and local revenues.

* The US oil and natural gas boom means jobs and business for almost 30,000 companies within the industry’s vast and complex supply chain. Indeed, the petroleum industry accounts for nearly 10 million jobs and almost 8% of all domestic economic activity, including states far from actual drilling activities.

* The American Fuel & Petrochemical Manufacturers launched a new website to help veterans and other men and women find high-paying jobs in the booming oilfield, fuel and petrochemical industries.

There are numerous other benefits, while the alleged risks are exaggerated or even fabricated. So what drives anti-fracking zealots who seem to emerge from under rocks whenever a new project is announced?

Follow the money – and the ideology. Big Green is big business. The US environmental activist industry alone is a $13.4-billion-a-year operation. It pours that money into determined campaigns to eliminate fossil fuels, gain ever greater control over our lives, reduce our living standards, and end free-enterprise capitalism. It employs clever but phony crises to drive its agenda: catastrophic climate change, unsustainable development, imminent resource depletion, poisonous frack chemicals and dozens of others.

In their efforts to establish Islam as the "master faith," militant Muslim groups like ISIS, Hezbollah, and Hamas resemble the Nazis and their claims to represent the "master race," says Israeli Prime Minister Benjamin Netanyahu.

"The tactics are uniform. Terror first of all against your own people," Netanyahu said in a speech commemorating the 9/11 attacks at the International Institute for Counter-Terrorism's annual conference in Israel.

"There's a master race; now there's a master faith. And that allows you to do anything to anyone, first of all to your own people and then to everyone else," Netanyahu continued.

Adolf Hitler in his speeches and writings spread his beliefs in racial "purity" and in the superiority of the "Germanic race" — what he called an Aryan "master race."

"All of Israel mourned on September 11. In Gaza, they were dancing on the roofs. They were handing out candy," he said. "That's the moral divide. We mourn; they celebrate the death of thousands of innocents.

"And then when the U.S. took out bin Laden, I, speaking for virtually the entire country, congratulated President Obama. In Gaza, Hamas condemned the U.S. and called bin Laden a 'holy warrior' of Islam. That's the moral divide. We celebrate; they mourn the death of an arch-terrorist.

"Now that moral divide has never been clearer than it is today because Hamas, like al-Qaeda and its affiliates al-Nusra or its new growth ISIS, or Boko Haram, al-Shabab, Hezbollah supported by Iran — all are branches of the same poisonous tree. All present a clear and present danger to the peace and security of the world and to our common civilization."

These Islamic groups "have absolutely no moral or other impediment to their mad desires. Once they have massive power, they will unleash all their violence, all their ideological zeal, all their hatred, with weapons of mass death.

"And they all have one common goal. The goal is we establish a new Islamist dominion, first in the Middle East and in their warped thinking, throughout the world. They all agree on that. Their goal is to take the entire world, to cleanse it of infidels — first their own people, Muslims, and then everyone else.

"If they gain ground, if they were to succeed, they would return humanity to a primitive early medievalism where women are treated as cattle, as property, and gays are stoned and minorities persecuted if they're left alive at all."

But Netanyahu asserted that militant Islam will ultimately be defeated, just as Nazism was in the last century, because "I think it's a grand failure. It doesn't know how to manage economies, it cannot offer the young people to which it appeals any kind of future."

Email ThisBlogThis!Share to TwitterShare to FacebookShare to Pinterest
8 ways the Obama administration is blocking information: “Day-to-day intimidation of sources is chilling”

Totalitarian — imagine, this is the AP making the allegations. The Omedia is responsible for this monster. Now they are sorry. Too little, too late.

And why is the AP the only news organization discussing this. If this was a Republican president (it wouldn’t be happening) — but if it was, the NY Times would be running it front page center every day for months — like Abu Ghraib. 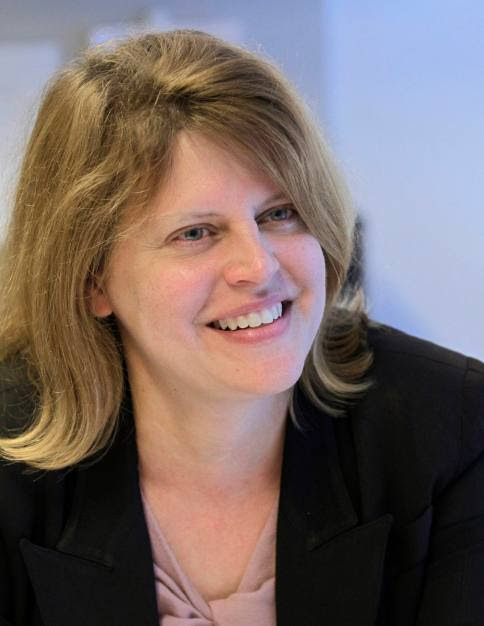 Here is Buzbee’s list of eight ways the Obama administration is making it hard for journalists to find information and cover the news:

1) As the United States ramps up its fight against Islamic militants, the public can’t see any of it. News organizations can’t shoot photos or video of bombers as they take off — there are no embeds. In fact, the administration won’t even say what country the S. bombers fly from.

2) The White House once fought to get cameramen, photographers and reporters into meetings the president had with foreign leaders overseas. That access has become much...

“A senior Army official told me court-martialing Bergdahl would ‘make the president look bad.’” And so a political embarrassment is shoved under the rug. “Is Obama whitewashing a traitor?,” by Paul Sperry, New York Post, September 20, 2014 (thanks to Jerk Chicken):


…Obama in May presented Bergdahl as a hero in announcing his release in a Rose Garden ceremony featuring Bergdahl’s mother and father. The next day, his national-security adviser added another coat of varnish when she proclaimed the AWOL soldier “served the United States with honor and distinction.”

His platoon mates, however, say he did nothing of the kind. “Bergdahl is a deserter, not a hero [and] needs to answer for what he did,” said former Army Sgt. Evan Buetow, who served with Bergdahl and was present the night he vanished from his Afghan post.

Like Buetow, more than 60% of respondents to a recent Military Times survey believe that Bergdahl should be court-martialed for walking off his post in 2009 and costing the lives of six fellow soldiers who died searching for him.

But a senior Army official told me court-martialing Bergdahl would “make the president look bad.” In spite of damning evidence against him, the official expects Pentagon brass to separate him from the military with a less-than-honorable discharge, sparing Obama total embarrassment.

In a sign Bergdahl may indeed get off with a slap on the wrist, the Army has delayed its AR 15-6 investigation into his disappearance — a development that Bergdahl’s attorneys see as helpful to their client.

The Army investigator, Maj. Gen. Kenneth Dahl, was supposed to submit his findings to brass last month but has asked for an extension. The probe was limited to a 60-day window, which ended Aug. 15. There’s no longer a deadline attached, which means the investigation could drag out past the November election.

Dahl last month interviewed Bergdahl at Fort Sam Houston in San Antonio, Texas, in what his lawyer described as an “entirely nonconfrontational” meeting.

Critics doubt Dahl has the skills to conduct a proper interrogation. “No general does this. They have no training,” said the Army official, who requested anonymity upon describing Dahl as a “yes-man.”…