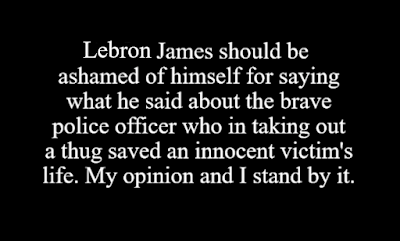 Email ThisBlogThis!Share to TwitterShare to FacebookShare to Pinterest
Labels: innocent victim, LeVon James, police officer
Ben Carson: We will 'destroy ourselves as a nation' if Americans don't wake up' and unite
By Fox News Staff 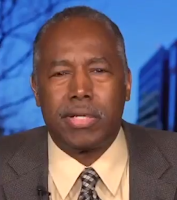 Former Secretary of Housing and Urban Development Ben Carson joined "America's Newsroom" Wednesday to respond to the Derek Chauvin trial verdict, and discuss his recent op-ed arguing that the term "racial equity" is "another kind of racism."

BEN CARSON: Do we need some reforms? Absolutely. There are things that can be done, and we can do those much better if we work together rather than trying to demonize the system based on occurrences that are quite infrequent. And there are things that the police could use, for instance, that are non-lethal, that are very effective in immobilizing people. We need to move forward on those kinds of things.

But, you know, the president, I think, could probably do much better by saying we have a system in place. It works, as you've seen by the verdict that was done here. Do we need to make improvements? Yes. And let's work together to do that. It seems to me that would be much more presidential.

Posted by Diane Sori at 9:56 AM No comments:

Florida Gov. Ron DeSantis named what some of his priorities would be if he were president right now, and unlike the current commander in chief, he’d put reining in illegal immigration at the top of his list.

“If you somehow got appointed president this afternoon what would your priorities be?” Fox News’s Tucker Carlson asked.

“I would secure the border, first of all,” he replied. “This is created because of what Biden did.”

While he said President Trump “had it right” on many immigration issues, DeSantis vowed to go further.

“We banned sanctuary cities in Florida when I became governor, we did E-Verify for the first time ever, fought the business lobby to do that,” the governor told Carlson. “I would fight for those policies on the federal level as well, because we’ve got to get this immigration situation under control.”