Just a Thought...
Saboteur Thy Name is Hillary
By: Diane Sori / The Patriot Facctor

It's called sabotage and the person behind it all is sore loser and bitch extrodinaire Hillary Rodham Clinton. Sabotage by the woman who cannot accept the fact that she LOST! Sabotage of a presidency she does NOT see as legit simply because it is NOT her presidency. And her henchmen include Loretta Lynch, John Podesta, and James Comey with Barack HUSSEIN Obama her string-puller in crime. Sabotage as her people LIE about Russia...as they LIE about Putin and ties to President Trump...collusion they call it...ties that NEVER existed regarding an election that was NOT fixed.

And now our taxpayers dollars are being wasted on a Senate investigation into said election as those on the left grasp at straws in a misguided attempt to take the Trump presidency down. And so it seems a simple 'draining of the swamp' might NOT be enough...maybe a Second American Revolution is indeed the ONLY answer...just saying.
Posted by Diane Sori at 8:46 AM 2 comments:

On March 15, U.S. District Court Judge Derrick Watson in Hawaii issued a temporary restraining order on President Donald Trump’s revised executive order on immigration. Katie has the details here. Four other deep-blue states, Minnesota, New York, Washington, and Oregon, has also signaled their intention to fight the new order, noting that it’s too similar to the original order that they feel is unconstitutional. In Washington, Attorney General Bob Ferguson wants to extend the injunction he got for the first order and extend it to the recent one issued by the Trump White House. Well, Judge Watson seems to have granted that motion, though Ferguson was not part of the proceedings. Hawaii’s own attorney general filed a motion for a preliminary injunction: (via NBC News):


A federal judge in Hawaii on Wednesday extended his previous ruling blocking President Donald Trump's so-called "travel ban" would have restricted entry to the United States by refugees and people from some predominantly Muslim countries.

The National Library has uncovered a telegram written by Heinrich Himmler and sent to Mufti al-Husseini, in which the Nazi leader expressed his support of the Palestinian struggle against the Jews.

Germany will stand firmly by the Palestinian people in their fight against the "criminal" Balfour Declaration, was the main message conveyed in the telegram that was recently uncovered in the archives of Israel's National Library. The rare document, which the library assesses dates back to 1943, was written by infamous SS commander Heinrich Himmler and sent to Haj Amin al-Husseini, who served as the Grand Mufti of Jerusalem between 1921 to 1937.


The Nazi commander, who was one of the main masterminds behind the 'Final Solution' (the Nazi regime's term for their plan to exterminate all of Europe's Jews), wrote to the Muslim leader that "the joint recognition of the enemy, and the joint battle against him are what creates the firm allegiance between Germany and freedom-seeking Muslims all over the world." 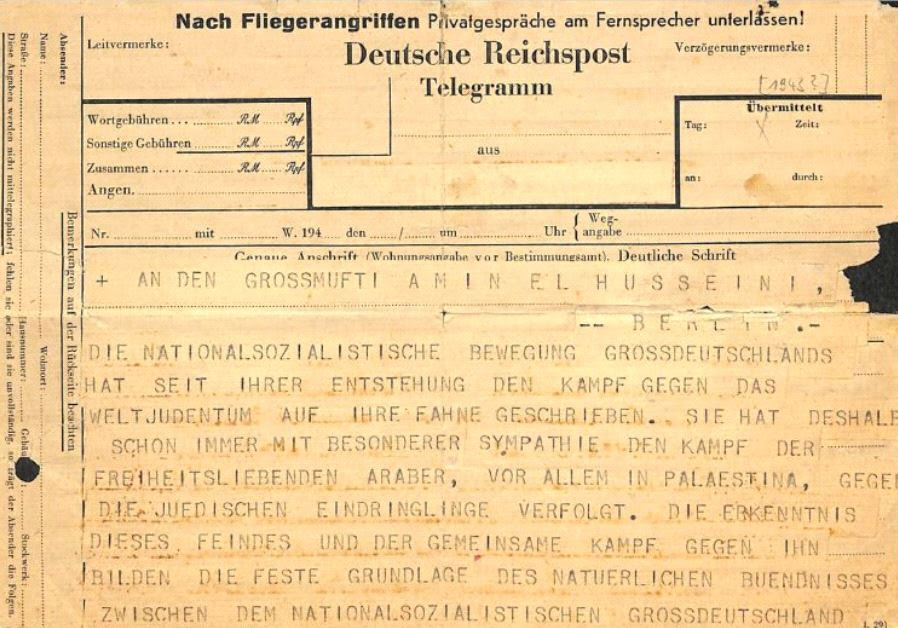 CAIR is an unindicted co-conspirator in a Hamas terror funding case — so named by the Justice Department. CAIR officials have repeatedly refused to denounce Hamas and Hizballah as terrorist groups. Several former CAIR officials have been convicted of various crimes related to jihad terror. CAIR’s cofounder and longtime Board chairman (Omar Ahmad), as well as its […]

The vampires who sink their teeth into the working man thought they had it all locked up. But now President Trump has given the workers a fighting chance against the big labor bosses.

Trump signed a resolution passed by the House and Senate overturning the rule, which would have forced companies bidding for government contracts to report all allegations of unfair labor practices filed against them. Previously, contractors only needed to disclose incidents in which they had been found guilty of labor violations.

Read entire article here: http://pamelageller.com/2017/03/trump-obama-contracting.html/
Posted by Diane Sori at 8:05 AM No comments: