A Smoking Gun for Us 'Stupid American Voters'

Recently, a very disturbing video emerged that contains the metaphorical smoking gun concerning President Obama's many lies about Obamacare. This should remove any lingering doubt that we're dealing with a fascist-type administration.

Of course, there should be no need for a smoking gun, because it is now undeniable that Obama lied on his major selling points about the Affordable Care Act. Unlike many Democrats in falsely accusing President George W. Bush of lying about Iraqi weapons of mass destruction, I don't use the term "lie" lightly.

I don't mean that Obama made good-faith statements about his bill that he honestly believed at the time but would later turn out to be erroneous. I am not even suggesting that he made promises he knew would be difficult to fulfill that he ultimately could not. I am saying that he made statements that he knew to be false when he made them.

Obama said countless times, despite knowing better, that if Americans liked their health care plans and their doctors, they could keep them. He said that average health care premiums for a family of four would decrease by some $2,500. He said his bill would be budget-neutral. His administration talked out of both sides of its mouth in characterizing the bill variously as a tax and as a penalty, depending on which label served his interests at the time. Team Obama assured us that employer-based plans would not be wedged out.

No one should need further proof of these multiple and oft-repeated lies, but should you need more, there is indeed more -- and it's explosive and hot off the presses.

The Daily Caller reports that in a newly surfaced video, Obamacare architect Jonathan Gruber, an MIT professor, made some stunning admissions concerning how the administration presented the bill and how it overtly deceived the public because the bill never would have passed otherwise.

To understand the administration's contempt for the American people, it is important for you to watch the video. (It's on YouTube, titled "GRUBER: 'Lack of transparency is a huge political advantage.")

But in case you cannot, here is what Gruber said: "This bill was written in a tortured way to make sure (the Congressional Budget Office) did not score the mandate as taxes. If CBO scored the mandate as taxes, the bill dies. OK? So it's written to do that. In terms of risk-rated subsidies, if you had a law which said healthy people are going to pay in -- you made explicit that healthy people pay in and sick people get money -- it would not have passed. ... Lack of transparency is a huge political advantage. And basically, call it the stupidity of the American voter or whatever, but basically, that was really, really critical to getting the thing to pass. ... Look, I wish (health economist) Mark (Pauly) was right (that) we could make it all transparent, but I'd rather have this law than not."

Report: Only About 36 Percent of Those Eligible to Vote...Actually Did

For example, as Time reported earlier today, more eligible voters participated in the 1942 midterm elections than in the elections we just witnessed.

And of course, as Time also points out, many eligible voters in 1942 were either (a) off fighting Imperial Japan or (b) preparing to invade continental Europe. Astonishing stuff:


The last time voter turnout for a national election was as low as it was on Nov.4, Hitler was still in power, and Mitch McConnell was only nine months old. Only 36.4% of eligible voters voted in this year’s midterm elections, down from 40.9% who voted in 2010, according to preliminary analysis by Michael McDonald at the University of Florida. The last time voter turnout was that low was 1942, when only 33.9% of voters cast ballots, according to the United States Elections Project.

These are just the preliminary figures and therefore by no means official. But what’s beyond dispute is voter participation rates in 2014 were extremely, almost alarmingly, low. This is one reason, perhaps, why Democratic candidates lost so many close elections, in blue states like Illinois and Maryland, and in battleground states like North Carolina and Colorado.

The Democratic base was nowhere to be found on Election Day. As a result, the president’s party suffered heavy (and indeed historic) losses at both the state and federal levels.

Check out my column in today’s WND:

The rout of the Democrats in the recent election has clearly taught Barack Obama nothing. The American people unequivocally declared to President Obama that we are on to him. And he shouted back, “Who cares?”

He has always held the American people in contempt, but now it’s official presidential policy. Now he is sending troops back to Iraq.

Apparently the decision was made to send these troops back in September, but Obama held off on announcing it until after the election – in a Friday night news dump.

Robert Spencer / Jihad Watch
Legend has it that when the Muslims conquered Jerusalem in the year 637, Sophronius, the Patriarch of Jerusalem, invited the caliph Umar to pray in the Church of the Holy Sepulcher. Umar declined, explaining that if he did, the Muslims would convert the church into a mosque, as Muslim prayers had been uttered there.
Former FBI agent John Guandolo reported this in 2012 about two of the co-sponsors:


The ADAMS Center is a Muslim Brotherhood front organization.  It was founded by some of the most senior Muslim Brothers in the United States, to include Ahmed Totanji, who still resides in Herndon, Virginia.  Its website proclaims “[ADAMS] is a membership organization registered in the State of Virginia as a non-profit, tax exempt corporation and is affiliated with the Islamic Society of North America (ISNA).”

Imam Magid is the Executive Director of the ADAMS Center.  He is also the President of the Islamic Society of North America (ISNA), the largest Muslim Brotherhood organization in the U.S. which was found to be a financial support entity for Hamas in the largest terrorism financing and Hamas trial in U.S. history (US v Holy Land Foundation, Dallas, 2008).

And while CAIR is quite mainstream these days, this self-styled “civil rights group” was actually named an unindicted co-conspirator in a Hamas terror funding case by the Justice Department. CAIR operatives have repeatedly refused to denounce Hamas and Hizballah as terrorist groups. Several former CAIR officials have been convicted of various crimes related to jihad terror.

CAIR’s cofounder and longtime Board chairman (Omar Ahmad), as well as its chief spokesman (Ibrahim Hooper), have made Islamic supremacist statements. Its California chapter distributed a poster telling Muslims not to talk to the FBI. CAIR has opposed every anti-terror measure that has ever been proposed or implemented.


President Barack Obama's insistence that he will sign an executive order that will allow as many as 6 million illegal immigrants to stay in the country will only create a new surge of illegal migrants across the U.S. border, says the National Border Patrol.

"We definitely see increases in illegal aliens coming across the border when there is national talk of an amnesty," Shawn Moran of the National Border Patrol Council told Newsradio 1200 WOAI.

He said that Mexican and Latin American smuggling cartels seize on messages from the administration to recruit people who may be desperate to escape poverty and violent crime in their own countries.

"Under President Bush there was talk of immigration reform, and they would say, 'we're coming here for the amnesty,'" Moran said, adding that changes in the administration's immigration policy will create a new surge.

Moran used as an example the recent influx of minors from Central America.
"That was largely fueled by the idea that we were not enforcing our immigration laws, and if you got to this country, you could stay here," he said, according to WOAI.

President Barack Obama told congressional leaders at a meeting on Friday that he intended to take executive action on immigration even though he had been warned against the move by the GOP in the aftermath of their electoral victories.

Before the announcement, House Speaker John Boehner said the president would "poison the well" if he changes immigration policy without waiting for Congress to act, and incoming Senate Majority Leader Mitch McConnell said executive action on immigration would be like "waving a red flag in front of a bull."

On Sunday, Obama defended his decision to act and said he was not trying to circumvent Congress, but that he had waited long enough for it to take action.

"The minute they pass a bill that addresses the problems with immigration reform, I will sign it and it supersedes whatever actions I take," Obama said on CBS' "Face the Nation."

"And I'm encouraging them to do so . . . on parallel track we're going to be implementing an executive action.

"But if in fact a bill gets passed, nobody's going to be happier than me to sign it, because that means it will be permanent rather than temporary."

Just days before the election, the chairman of the Republican National Committee, Reince Priebus, promised that if the GOP won control of the Senate the party would do "everything we can do to stop" executive amnesty for illegal immigrants.

Email ThisBlogThis!Share to TwitterShare to FacebookShare to Pinterest
Happy Veterans Day
to all who served and to all
who are today wearing our nation's uniform.
Thank you for all you have done
to keep us safe and free. 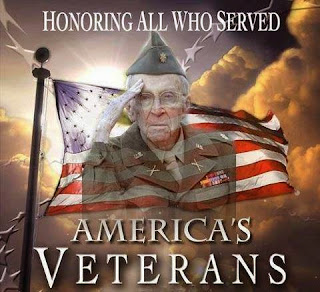