U.S. Senate Armed Services Committee warns that Islamic State (ISIS) terrorists are working on the capability to wipe out a city inside the United States 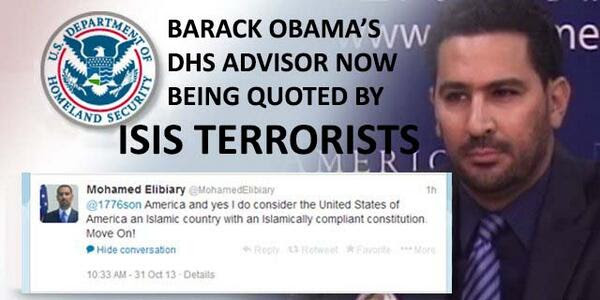 The Islamic State (ISIS) has long threatened to carry out a catastrophic attack on American soil, with a spokesman recently boasting that the militant group would fly its flag over the White House. 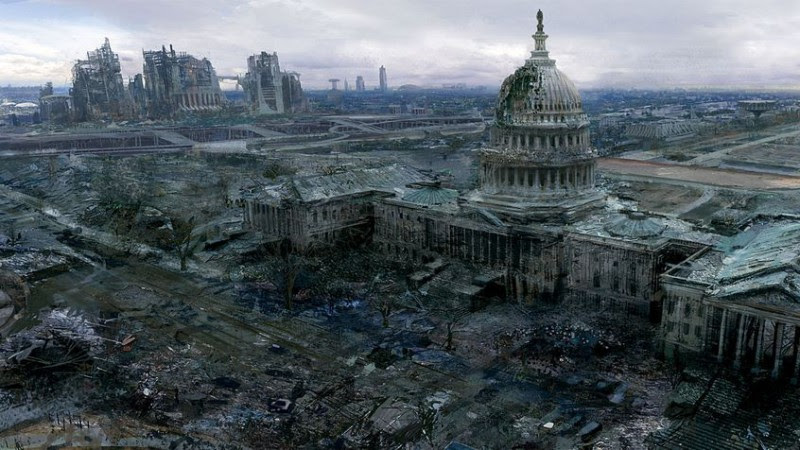 President Obama has stepped up U.S. air attacks against the group in Iraq after it posted a video online showing the execution of American photojournalist James Foley. On Thursday, U.S. Central Command announced it had completed six more attacks near the Mosul Dam, making a total of 90 strikes since Obama authorized them on Aug. 8.

Inhofe said that despite the pounding by U.S. forces, ISIS could still inspire followers to attack stateside. He also slammed the president for not coming up with a strategy to defeat ISIS. “He’s going to have to come up with something that we’re going to do because they’re holding another hostage in place and the problem is the president, quite frankly, says all these things and he never does them,” Inhofe said.

ISIS is believed to be holding at least four other U.S. prisoners, including journalist Steven Joel Sotloff, who appeared in the ISIS video showing Foley’s execution. The man speaking in that video threatened that Sotloff would be killed next.

Then he was turned over to the Islamic State as a token of this Free Syrian Army group’s allegiance to the new caliphate. The Free Syrian Army are the “moderates” to whom the Obama Administration has given weapons in Syria. Thus the incoherence of the Obama foreign policy is laid bare: he is funding what he considers to be heroic freedom fighters in Syria who, when they cross over into Iraq, become bloodthirsty terrorists.


According to Syrian sources who have worked previously to locate and rescue kidnapped journalists in Syria, American journalist James Foley, who was beheaded by Islamic State in a video the militant group made public on Tuesday, was most likely used by another guerrilla group as a token of allegiance to ISIS.

According to those sources, Foley was in the hands of the Dawood Bridgade, a group that was originally aligned with relatively moderate opposition groups such as the Free Syrian Army, but recently pledged allegiance to ISIS.

The International Business Times reported last month that activists on the ground near Al Bab, Syria, said that the Dawood Brigade, which now consists of about 1,000 people, defected from the Free Syrian Army and moved on to Raqqa to join ISIS. The group arrived in Raqqa, an ISIS stronghold, in a convoy of more than 100 vehicles.

The Dawood Brigade, which used to be called Jaysh al-Mujahedin (Mujahedin Army), but changed its name in late 2012, was originally under the direction of Abu Mohammed al-Shami al-Absi. The group was rumored to have been responsible for the kidnapping of John Cantlie and Jeroen Oerlemans, who went missing in Syria in 2012, according to the Syrian sources. The two journalists were rescued by another rebel faction, and escaped.

After their release from captivity, the two journalists described their captors, saying that many of them had British accents — like the man who was seen in the ISIS video killing Foley.

Cantlie, a freelance photographer, apparently went back into Syria with Foley in the fall of 2012.

The Dawood Brigade joined in an alliance with the Suqour al-Sham (Falcons of the Levant) in the Jabal al-Zawiya region of the northwestern province of Idlib. As the war progressed, Suqour al-Sham and Dawood expanded their influence to areas such as Damascus and Aleppo. The group also got a new leader, Hassan Abboud.

No details about Foley’s captors have yet been released by the State Department, the White House or Global Post.

In the past two years, rumors have circulated about the whereabouts of several kidnapped American journalists in Syria and how exactly they went missing. For the parents of those missing, releasing information about their children has not always been an easy decision. Like with many investigations, releasing too much information could make matters worse. In the case of James Foley, his family and Global Post decided to keep whatever information they might have possessed about his captors secret to protect him.

“Although GlobalPost’s investigation at one point led us to believe that James was being held by the Syrian government, we later were given strong reason to believe he was being held by Islamic militants in Syria,” Philip Balboni, GlobalPost CEO and co-founder, said Tuesday. “We withheld this information at the request of the family and on the advice of authorities cooperating in the effort to protect Jim. GlobalPost, working with a private security company, has amassed an enormous amount of information that has not been made public.”

Another presidential first: Obama released an embarrassing report of a failed mission to provide cover and excuse for the expected beheadings of additional journalists.

There are 20 more journalists kidnapped by jihadists in addition to Steve Sokoloff. Obama released this pathetic failure (giving the enemy another boost) in anticipation of additional beheadings.

Mind you, Obama was informed of journalist James Foley’s scheduled execution a week ago – but preferred to play golf. Obama was aware of James Foley’s location before his death, claims the murdered journalist’s former boss, who says he hired an international security firm to locate the kidnapped reporter.


GlobalPost CEO, Philip Balboni, said today that his organization knew of Foley’s whereabouts in Syria and said it was safe to assume the US government knew of it too.

The media executive also said Secretary of State John Kerry had been personally involved at some level of the search or negotiations for Foley’s return, but refused to go into details.

In a press conference, Balboni revealed he had personally spent ‘millions’ trying to retrieve Foley, 40, but the journalist was ultimately shown ‘no mercy’ by his captors who beheaded him and posted the grisly video online on Tuesday.

Speaking from Boston, Balboni also revealed that Foley’s family had been emailed by ISIS last Wednesday and informed that the terror group intended to execute the reporter in retaliation for US bombing in support of...

They killed a journalist I mean.

“In the video released on Tuesday,” reports Asia News Channel, “an individual presumed to be [freelance journalist James] Foley - who was captured by militants in Syria in November 2012 - is seen on his knees in a desert landscape reading a statement asking his family to stop the US intervention in Iraq. A man standing next to him dressed in black with his face covered and holding a knife then says in a distinct British accent that the beheading of Foley was in direct response to the US airstrikes on their fighters.”

My condolences go out to the family of Mr. Foley, who presumably was killed by Obama-created allies Team Islam, World Police, also known as the Islamic State in the Levant, or the Islamic State in Iraq and Syria or—sometimes-- Climate Change, when all else fails to confuse the masses.

But my condolences have been going out to all of the families, not just for Foley; especially the families who have lived in fear for so long—the people who live in Syria and Iraq as Christians, and who are bearing the brunt of persecution in Obama’s War on War.

If anything in life is certain it is this: When Obama wages war on anything, including war, we ought to expect a mass casualty event at this point.

When he waged war on old white men, women took the brunt in the so-called War on Women. As Obama panders to the black community, it is the black community that has been left behind in his race to “fix” poverty. As Obama bemoans the plight of male thugs who loot and plunder, he slowly strangles the law abiding, decent, common impulse amongst black males to have jobs, to have families, to have their own slice of the American Dream.

And thus it goes with the War on War.

Because make no mistake: Obama will allow hundreds of thousands to die to burnish the thin metal that is his Nobel Peace Prize. He’s a man of peace, don’t you know? Even as he’s created more war in six years than the George Bushes did in twelve.

Still, it’s nice to see the media world take notice finally of the tragedy in Iraq, but my question is: what took you so long? Did it really need for you to feel the suffering of the Foley family? Do you really only have sympathies for your own?

Journalism has suffered a kind of racism for years, with unwashed outsiders not a part of the chosen race, and with some media members treated by their own like white Hispanics during a lynch mob attack in central Florida.

Hopefully this will help the media see the light, just as the use of intelligence resources directed at intimidating journalists helped turn the spotlight on the White House abuse of its powers on those unfortunates who aren’t part of the media fraternity; people like the Byzantine Catholics, who have been beheaded by hundreds if not thousands in Syria and Iraq.

Freedom of Religion is protected by the same First Amendment to the Constitution of the United States of America as Freedom of the Press is. And I have this quaint notion that those freedoms apply to everyone equally, regardless of the fraternity, country or class they belong to.

And that of course is why Obama will never get it, but journalists just might someday.

I can always hope.

Why have the protests and riots lasted so long in Ferguson?

Why have out-of-town agitators and opportunists like the Communist Revolutionary Party and the New Black Panthers flocked to a St. Louis suburb?

Why, 12 days after Michael Brown was shot to death by a policeman, do the good people of Ferguson who want to see a fair and just investigation into the facts surrounding Brown's death still have no peace?

It's the national news media, stupid.

It's the ratings-hungry, pot-stirring, sensationalizing TV media that never misses a chance to milk - and perpetuate -- a white-on-black news story.

Ferguson is not just big news on network TV and in the Washington Post. It's become a nightly action-packed reality show on CNN, MSNBC and FOX.

The images of tear-gassed protestors squared off against militarized police make for great TV. So does the tension and drama.

Will protests turn more violent tonight? Will a provocateur throw a bomb, burn down a variety store or shoot a cop with a deer rifle?

We all hope not. But if anything exciting happens, don't you worry, America.

Jake Tapper, Chris Hayes, Steve Harrigan will be there on the sidewalks of Ferguson to capture it live for CNN, MSNBC and Fox.

Then Anderson, Rachel and Greta will analyze and discuss everything until the country falls asleep.

Obviously, no one can or should stop the news media from stampeding in a herd to Ferguson. We need and want the national print and electronic media to thoroughly cover tragic events like this.

But we need the news media to do its job right - and with restraint.

We need journalists to dig up accurate new information, challenge the authorities, debunk rumors and lies and provide perspective, thoughtful analysis and commentary.

At this point in Ferguson the TV media's saturation coverage - and saturation commentary -- is only making things worse.

Its round-the-clock presence is not only attracting publicity seekers and troublemakers who give Ferguson's good people a bad name.