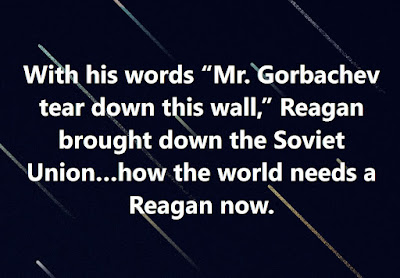 Posted by Diane Sori at 7:10 AM No comments:

Sen. Ted Cruz (R-TX) continues to remind us he's been a leading voice in speaking out and taking action against Russia, particularly in the area of energy independence. On Friday, he introduced the Energy Freedom Act, which will secure such energy independence by making energy projects and pipelines far easier.

The senator certainly has his grievances, as laid out in a press release. "In the past year with Joe Biden as president, the United States has lost its status as a net petroleum exporter, after achieving that goal in 2019 for the first time since 1949. Why? Because on day one of his administration, President Biden issued illegal and hostile orders aimed at American oil and gas producers, which have increased energy prices and directed profits to other oil exporting countries," Cruz reminded.

"These policies have poured billions of dollars into countries such as Russia and Iran, which use those funds to attack our allies and undermine the national security of America. President Biden has imposed more restrictions...Read more, see tweets and video here.

Here are the latest developments in Russia's war in Ukraine:

Russia's defence ministry announces a ceasefire to allow civilians in the besieged port city of Mariupol and the town of Volnovakha to evacuate. Mariupol's mayor Vadim Boychenko says evacuations will begin at 0900 GMT.

The strategic city of 450,000 people on the Azov Sea, which has suffered intense shelling, has been without electricity, food, water and heating for days in the depth of winter.

A fire at Europe's biggest nuclear power station at Zaporizhzhia is put out, with Ukraine accusing Russia of "nuclear terror" in shelling the plant.

Russian troops later take over the site of the reactors, which generate a fifth of Ukraine's electricity, after firefighters say they were prevented from reaching the blaze for hours.