Cue the Semi-Educated, Liberal Attacks on Easter as Pagan

CabinBoy388 wrote: An Easter egg roll without Jesus or religion. Horror upon horrors! How on earth can we ever celebrate the resurrection of Christ without linking it to a Pagan fairy tale?

Cue the semi-educated liberal who tries to denigrate Christianity by tying it to paganism without any context at all. As usual, your comments make you sound like you have some sort of a thought disorder.

Of course you do, but since you’re an unmedicated liberal, it’s to be expected.

At issue isn’t “How on earth can we ever celebrate the resurrection of Christ without linking it to a Pagan fairy tale,” but rather the exact opposite. That is, to celebrate Easter eggs without including the reason why the Easter egg exists, which is, of course, the celebration of the death and resurrection of Christ.
Only a liberal like you would think it appropriate to have an “Easter” egg hunt while trying to suppress the central idea of Easter.

If you were better educated you would know that eggs were forbidden during Lent. On Easter Sunday, eggs came back to the table.

From the Catholic Encyclopedia:

Because the use of eggs was forbidden during Lent, they were brought to the table on Easter Day, coloured red to symbolize the Easter joy. This custom is found not only in the Latin but also in the Oriental Churches. The symbolic meaning of a new creation of mankind by Jesus risen from the dead was probably an invention of later times. The custom may have its origin in paganism, for a great many pagan customs, celebrating the return of spring, gravitated to Easter. The egg is the emblem of the germinating life of early spring. Easter eggs, the children are told, come from Rome with the bells which on Thursday go to Rome and return Saturday morning. The sponsors in some countries give Easter eggs to their god-children. Coloured eggs are used by children at Easter in a sort of game which consists in testing the strength of the shells (Kraus, Real-Encyklopædie, s.v. Ei). Both coloured and uncoloured eggs are used in some parts of the United States for this game, known as "egg-picking". Another practice is the "egg-rolling" by children on Easter Monday on the lawn of the White House in Washington.

Of course, as it says above, Christians weren’t the first to dye eggs. Dyed eggs go way back in history to antiquity. But to pretend that the Easter egg has its only origins in pagan traditions would be like saying that Gregorian chants solely owe their creation to pagan singing.

Easter eggs would not exist were it not for his resurrection. You may deny it, but then you're stuck having to roll "Ostara" eggs at the White House.  I'm not saying you won't do it- that is, roll "Ostara eggs"- I'm just saying I'd like to see the White House try it. It would be a nice break from their normal hypocrisy.
Posted by Diane Sori at 9:00 AM No comments:

Email ThisBlogThis!Share to TwitterShare to FacebookShare to Pinterest
Wishing my blog followers of all the Christian faiths
a joyous and beautiful Easter Sunday. 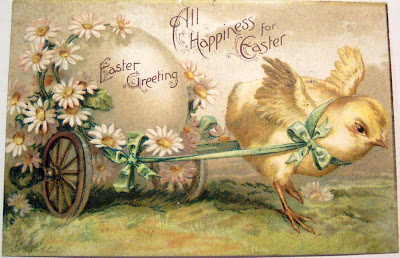 Posted by Diane Sori at 1:41 AM No comments:

Email ThisBlogThis!Share to TwitterShare to FacebookShare to Pinterest
I wrote this piece last year and it ran on Easter Sunday.
I was asked by many to run it again this Easter Sunday. 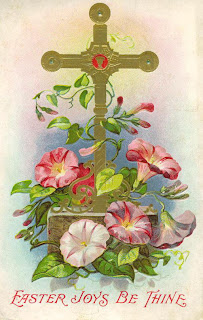 Op-ed:
My thoughts this Easter Sunday
What is a Christian…it sure isn’t Barack Hussein Obama
By: Diane Sori

Today being Easter Sunday, and because of the turbulent times in which we live, I thought it quite proper on this most holy of days to offer my opinion on what is a Christian, especially since we have a man occupying the White House who is anything but the Christian he professes himself to be.

We all know many claim to be Christian, those that love nothing better than to say that their church is the one true church, that their way and their church’s way is the ONLY true way to God.  I believe nothing could be further from the truth.

I believe one is a true Christian if they believe deep within their heart that they are a Christian, and if they profess a belief in and love for Jesus Christ, and try to live their lives according to his teachings.  On this, one might fail at times but God does not expect us to be perfect just to try our best, for if we falter He will forgive us because He knows we are not perfect.

I believe a true Christian is a person who has put their faith and trust in Jesus, including His death on the cross as payment for our sins, and His resurrection on the third day.

I believe a Christian has love for others, a compassion for those hurting, and is one who knows the meaning of the word, ‘friend’ as well as knowing and accepting the word ‘enemy.’

I believe a true Christian can keep his humanity even while giving his heart and soul over to God, for that personal humanity, unique unto to each of us, is what separates each of us from all others.

I believe there is nothing wrong with being of this world while at the same time being of His world, as long as one keeps God in their hearts at all times and His love in their souls, while still keeping their humanness intact.  God does not demand that we all be the same but only that we love Him unconditionally.

I believe being a true Christian is not about obey, obey, obey nor is about subjugation to any church’s specific doctrine as God gave us free will to make our own choices, and that includes how we choose or not choose to worship and honor Him, for we will all answer to Him and Him alone on our judgment day.

I believe church indoctrination can sometimes be counterproductive, and can actually turn some away from His word.  Blind obedience, subjugation, and lack of original thought is not the true Christian way, and casts a shadow of cultism akin to islam over what is supposed to be the antithesis of those very things.

I believe a true Christian comes willingly and lovingly to His word, in their own time, in their own way, thus becoming part of God’s family because they alone want to be not because they have been conditioned to be, are expected to be, or because someone wants them to be.

I believe a true Christian does not have to be only an Evangelical or a Fundamentalist, but can also be a Roman Catholic, a follower of Orthodoxy, a Protestant, a Mormon, and even a Jew.  I believe that all it really takes to be a true Christian is the heartfelt belief in God’s word and an acceptance of Jesus, his only begotten Son, as the Messiah.  There is nothing magical nor complicated about this, however, I believe Obama believes none of this.

And lastly, I believe that united together Christians of ALL denominations can be a powerful force to be reckoned with come November, while divided becoming nothing more than fodder for those who do not believe, and especially for those like Barack Hussein Obama, a muslim down to his very core.


So instead of division and divisiveness amongst all those who call themselves Christians, and this is something Obama and his minions play upon, I wish all true Christians would unite as one behind their common belief in God and His Son, for we all know that together the whole is stronger than the sum of its parts.


As the saying by Marcus Tullius Cicero goes (from a speech he gave on the Roman Senate floor in 58 BC), “A nation can survive fools, and even the ambitious but it cannot survive treason from within.” And I for one believe that this one man is trying to destroy Christian values and beliefs from within by deliberately and calculatingly turning Christian against Christian in all he says and does, for more liberal thinking Christians still side with him against the more conservative Christians, and this Obama is counting on.

I hope and pray that true Christians everywhere, while not having to share my personal beliefs, can at least see some truth in what I have said because our nation’s very survival and return to God’s laws and to the Judeo-Christian beliefs upon which this country was founded, depends on us removing from office the very man who says he is a Christian but who in reality is not now nor has he ever been for his words, actions, and deeds are those against everything a true Christian believes.
Posted by Diane Sori at 12:01 AM No comments: