For the French on the day after they bowed to the wishes of Angela Merkel, Barack HUSSEIN Obama, and to those who wish to kill us all...

JFK'S Secretary of State, Dean Rusk, was in France in the early 60's when DeGaulle decided to pull out of NATO. DeGaulle said he wanted all US Military out of France as soon as possible.

Rusk responded, "Does that include those who are buried here?"

DeGaulle did not respond.

You could have heard a pin drop.
********************************************************
When in England at a fairly large conference, Colin Powell was asked by the Archbishop of Canterbury if our plans for Iraq were just an example of empire building' by George Bush.
He answered by saying "Over the years, the United States has sent many of its fine young men and women into great peril to fight for freedom beyond our borders. The only amount of land we have ever asked for in return is enough to bury those that did not return."

A Boeing engineers stood up and replied quietly: "Our carriers have three hospitals on board that can treat several hundred people; they are nuclear powered and can supply emergency electrical power to shore facilities; they have three cafeterias with the capacity to feed 3,000 people three meals a day, they can produce several thousand gallons of fresh water from sea water each day, and they carry half a dozen helicopters for use in transporting victims and injured to and from their flight deck. We have eleven such ships; how many does France have?

President Donald Trump reminded Americans and mainstream media outlets on Monday that it was in fact the Obama administration who granted retired General Mike Flynn top secret security clearance in 2012 when he was nominated to be the 18th director of the Defense Intelligence Agency.

President Trump wrote in a tweet, the "fake news" rarely talks about the fact that his former national security adviser received a security clearance from the Obama administration.

"General Flynn was given the highest security clearance by the Obama Administration - but the Fake News seldom likes talking about that," the message reads.

Donald J. Trump‏Verified account @realDonaldTrump
General Flynn was given the highest security clearance by the Obama Administration - but the Fake News seldom likes talking about that.
7:57 AM - 8 May 2017
13,212 replies 7,193 retweets 24,508 likes

Former acting Attorney General Sally Yates will testify before a Senate Judiciary subcommittee investigating Russian interference in the 2016 presidential election on Monday. She is expected to answer questions on Flynn's role in the Trump administration.

Lights out for France. The French have chosen not to be so “racist” and “Islamophobic” as to resist the jihad that is being waged against them with ever greater ferocity. Europe as a whole, too, appears to be poised to make the same choice, and vote itself out of existence. And then it will be […] 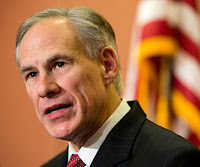 Texas Gov. Greg Abbott on Sunday night signed what he calls a ban on so-called "sanctuary cities" that allows police to ask about a person's immigration status and threatens sheriffs with jail if they don't cooperate with federal authorities. He did so over intense opposition from immigrant-rights groups and Democrats, who say the law echoes Arizona's immigration crackdown in 2010 that prompted national controversy and lawsuits.

Abbott, a Republican in his first term, took the unusual step of signing the bill on Facebook with no public notice in advance. He said Texas residents expect lawmakers to "keep us safe" and said similar laws have already been tested in federal court, where opponents have said the bill likely will be immediately challenged.
"Let's face it, the reason why so many people come to America is because we are a nation of laws and Texas is doing its part to keep it that way," Abbott said. His spokesman, John Wittman, later said they chose to sign the bill on a Facebook livestream because that's "where most people are getting their news nowadays."

The bill cleared a final hurdle this week in the Republican-controlled Legislature over objections from Democrats and immigrant rights supporters who've packed the Texas Capitol. They call it a "show-me-your-papers" measure that will be used to discriminate against Latinos.

Every major police chief in Texas opposed the bill. Republicans say it is needed to ensure local jails honor requests from federal officials to keep dangerous offenders behind bars.

The term "sanctuary cities" has no legal definition, but Republicans want local police to help federal immigration agents crack down on criminal suspects in the U.S. illegally.

Email ThisBlogThis!Share to TwitterShare to FacebookShare to Pinterest
Green should not have dropped out. His doing so only validates the Left’s claim that his statements are beyond the pale. But are they really?

“Also in September, he said a stand needed to be taken against ‘the indoctrination of Islam’ in public schools.”

Red entire article here: http://pamelageller.com/2017/05/trumps-designee-army-secretary-drops-objected-islamic-indoctrination-public-schools.html/
Posted by Diane Sori at 10:02 AM No comments:

Email ThisBlogThis!Share to TwitterShare to FacebookShare to Pinterest
Just a Thought...
The Real Winner in France
By: Diane Sori / The Patriot Factor

The big winner in France's election yesterday was Angela Merkel, and the new capital of France is Berlin...think about it.
Posted by Diane Sori at 9:46 AM No comments: