Wishing all my blog followers of the Jewish faith a peaceful and joyous Hanukkah. חנוכה שמח 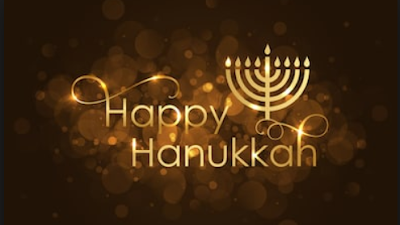 Posted by Diane Sori at 8:53 AM No comments:

“Our job is to make sure that the Constitution is followed and that every vote counts. In this case I am not sure every vote was counted, not in the right way.” -Texas Attorney General Ken Paxton

Here's a scary thought folks and it comes directly from the U.S. Constitution. Following the January 23, 1933 ratification of the Twentieth Amendment that set January 20th as Inauguration Day with the then current president and vice-president’s terms ending at precisely 12 noon, if at that time there is no final result in the presidential race, the Speaker of the House, as in Nancy Pelosi, would become the acting president of these United States until said race was officially decided, called, and certified.

And with that being said we must now take a deep breath and also remember never to underestimate President Donald J. Trump or his legal team for time and again both have proven that what was once thought impossible is indeed possible. And here I'm speaking of an eleventh hour possibility of a second Trump presidential term, but it's a term that will have to come either via the Electoral College or the U.S. Supreme Court... or more likely via a combination of both. That will be explained in a bit.

U.S. Foreign Aid is Being Rebranded

The White House announced Thursday the branding for foreign assistance provided by the United States will be rebranded and streamlined into one uniform logo, ensuring recipients understand where the aid is coming from.

Pennsylvania’s House speaker and majority leader on Thursday filed an amici curiae brief with the Supreme Court against the state of Pennsylvania and in favor of Texas’s lawsuit against the commonwealth and three other states.

A brief (pdf) filed by Pennsylvania House Speaker Bryan Cutler and Majority Leader Kerry Benninghoff, both Republicans, requests that the Supreme Court “carefully consider the procedural issues and questions raised by the Plaintiff concerning the administration of the 2020 General Election in Pennsylvania.”

Hope you can tune in to RIGHT SIDE PATRIOTS on https://rspradio1.com. Click 'LISTEN LIVE' starting at6:50 pm EST with the show beginning at 7pm EST.

Posted by Diane Sori at 6:47 AM No comments: