Tomorrow on Right Side Patriots 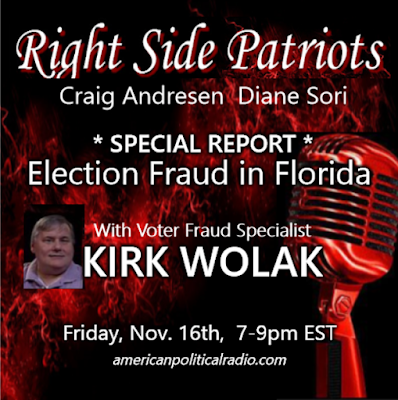 Posted by Diane Sori at 1:57 PM No comments:

A major climate change report has been corrected, as two scientists found a glaring error in an ocean-warming report. The original report was alarming; oceans are warming at a rate 60 percent higher than what was first reported by a United Nations panel. The world is ending, folks. It’s The Day After Tomorrow, except that it’s not. The oceans aren’t warming at that rate. In fact, the range is so great that experts can no longer stand by their original statistic. They “muffed” the error margins. A mathematician caught the error and cooled the temperatures of this survey (via NRO):


The paper, published October 31 in the scientific journal Nature, suggested ocean temperatures have risen roughly 60 percent higher than estimated by the UN Intergovernmental Panel on Climate Change (IPCC). But, after errors in the authors’ methodology were identified, they realized their findings were roughly in line with those of the IPPC, after all.

The researchers’ alarming findings were uncritically reported by numerous mainstream-media outlets but Nic Lewis, a mathematician and popular critic of the consensus on man-made climate change, quickly identified errors.
[…]

Email ThisBlogThis!Share to TwitterShare to FacebookShare to Pinterest
Robert Spencer in PJ Media: Why Democrats Would Dare to Steal Elections in Plain Sight

It isn’t just a lust for power. My latest in PJ Media: The brazenness of the theft is astounding. Democrat election officials in Arizona and Florida, not finding the will of the people to their liking, are manufacturing a will of the people of their own. In Florida, they’re miraculously finding ballots — overwhelmingly votes […]
Read in browser Â»

Of the 20 largest California wildfires since 1932, the largest have occurred since 2000 – the catastrophic consequence of leftist environmental policies.

Last year, as California residents were burned out of their towns, homes, neighborhoods, schols, hospitals and businesses, Gov. Jerry Brown was jetting around the world spouting climate change propaganda, and calling the fires California’s “new normal.” Gov. Brown had many chances to sincerely and realistically address California’s increasing wildfires since his election in 2011, but instead chose to play politics, placing his new friends at the United Nations over the people of California.

Brown has his out – “climate change”, the biggest hoax ever. California voted for him.

Read entire article here: https://gellerreport.com/2018/11/california-forstfire.html/
Posted by Diane Sori at 9:41 AM No comments: