Tomorrow night at sundown starts Rosh Hashanah, the first of the Jewish High Holy Days...ushering in the Jewish year 5783.
Wishing all my blog followers of the Jewish faith a very
Happy and Healthy New Year. 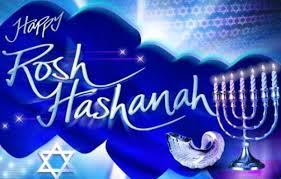 The U.S. has faced an unprecedented crime wave ever since President Joe Biden took office.

When former President Trump was in the White House, the country was in a better place. Americans had freedom, they could afford daily necessity items and most importantly, they didn’t have to worry about whether they’d be shot or not when leaving the house.

When the Left took over the White House, they pushed the de-fund the police movement, making cities around the U.S. increasingly more dangerous.

For a moment it seemed as if every weekend a police officer was being shot in New York City.

Now Americans have almost been desensitized to the amount of deadly incidents that have happened because of lax laws letting criminals do what they want without consequences.

Email ThisBlogThis!Share to TwitterShare to FacebookShare to Pinterest
RIGHT SIDE PATRIOTS...PodCast
If you missed last night's show where RIGHT SIDE PATRIOTS Craig Andresen and Diane Sori discussed the important news of the day including the Republican's 'Commitment to America' platform; Stacy Abrams' fetal heartbeat fiasco; possible changes to the 'Stock Act'; and Zuckerberg's newest legal woes...you can listen to it (and previous shows) at your convenience at: https://rspradio1.com to go directly to our podcasts and hope you become 'followers' of RIGHT SIDE PATRIOTS.