Hope you can tune in at: http://listen.samcloud.com/w/73891/American-Political-Radio#history
Posted by Diane Sori at 3:01 PM No comments:

Last night at 10pm Pacific time, hell visited the south side of the Las Vegas Strip when during an approximate 20-minute shooting rampage, 64-year old Stephen C. Paddock opened fire with an automatic rifle from the 32rd floor of the Mandalay Bay Resort and Casino killing, as of now, 59 people... including two off-duty police officers...and wounding 515 others some critically...with both figures expected to rise.  And all these innocent people did was attend the three-day 'Route 91 Harvest Country Music Festival' across from the resort. 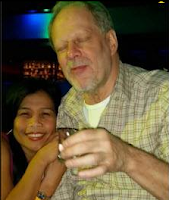 And while three people have been detained for questioning, Paddock's suspected woman accomplice, 62-year old Marilou Danley has been taken into custody. And while Paddock checked into the hotel room four days before the attack using Danley's identification, police have said that she was found outside of the country and as such is not suspected to have played a role in the attack. And while the motive remains unknown at this time, this incident is being treated as a terrorist attack and rightly so.

“Hundreds of our fellow citizens are now mourning the sudden loss of a loved one, a parent, a child, a brother or sister. We cannot phantom their pain, we cannot imagine their loss. To the families of the victims, we are praying for you and we ask God to help see you through this very dark period,” President Trump said from the White House, adding praise for law enforcement and first responders, who saved many lives through their rapid response.

So at this point what do we know about lone-killer Stephen C. Paddock who unloaded hundreds of rounds of ammunition from a cache of weapons at the concert-goers.

And now the conspiracy loons, attention seekers, and pro-gun control sorts are surfacing en-masse, and it is being led off with ISIS now claiming responsibility for the attack saying that Stephen Paddock was a "soldier" and converted to islam "months ago," and yet they are not providing any evidence to support their claim. And police in Las Vegas state there is no link whatsoever to international terrorism and have said they do not believe the suspect was connected to any militant groups. Simple grandstanding by ISIS to push forward their agenda of terror no doubt.

Now add in the conspiracy sorts into the mix who say how did Paddock get such weapons up to the room without being seen. Guess they never heard of suitcases it seems. And to those who say the government did this I will not respond to such utter and complete nonsense.

But to the gun control sorts who are using this tragedy to further their agenda of taking away our Second Amendment right to "keep and bear arms" I say, the Las Vegas Strip is a gun-free zone but to criminals and to the crazies hell bent on causing carnage those words are just that...words. In fact, I believe, open carry should be the order of the day in all 50 states because 'We the People' need to protect ourselves as the police are worn thin from having to deal with all the nightmares your liberal crap...and former President Barack HUSSEIN Obama...has caused.

So now as Sheriff Joseph Lombardo reiterated the governor's words stressing the immediate need for blood donations in response to the worst gun massacre in American history, Democratic Congressman Ruben  Kihuen whose district encompasses Las Vegas told reporters, "Literally, every single bed was being used, every single hallway was being used...every single person there was trying to save a life."

Every single person that is except one...Stephen C. Paddock the killer now dead...may he rot in hell forever.

Hope you can tune in at: http://listen.samcloud.com/w/73891/American-Political-Radio#history
Posted by Diane Sori at 1:50 PM No comments: