We had a spike in COVID cases over the Thanksgiving holiday. No shock due to the millions who traveled to see their families, which is not an act of evil, a narrative the liberal media peddled for days. People were going to travel, folks. We’re pandemic-fatigued. And it’s Thanksgiving. This was bound to happen. So, now that the holiday season is drawing to a close—are we still in the midst of a COVID spike? If you watch CNN and MSNBC, well, you’d think half the population contracted it over Christmas. Not the case, in fact, COVID cases nationally would be declining if it weren’t for one state: California.

Both New York and California have become the Mecca and Medina for this virus. New York, by far, has a higher death rate and the number of infections than the red state outbreaks that the media tries to pass off as similar in size and scope. It’s not. For starters, in most red states, their COVID outbreaks are part of a first wave that never touched them back in the spring. At the same time, that doesn’t mean as a governor you don’t force facilities housing those who are most susceptible to die from COVID to accept such patients, which led to the deaths of thousands of people. Almost half of all COVID deaths in the US come from nursing homes.

A federal judge on Monday ordered two Georgia counties to reverse a decision purging more than 4,000 voters from the rolls ahead of the Jan. 5 runoff elections.

The judge, Leslie Abrams Gardner, is the sister of former Dem candidate for governor in Georgia Stacy Abrams.

“I believe that each of the individuals named as a result of registering their name and change of address to a location outside of Muscogee County, removed to another state with the intention of making the new state their residence,” a local voter named Ralph Russell who made the challenge said. 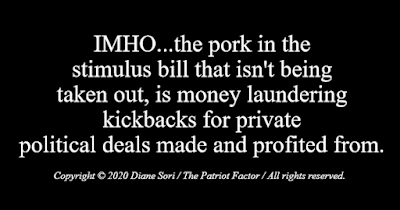