Merry Christmas from RIGHT SIDE PATRIOTS 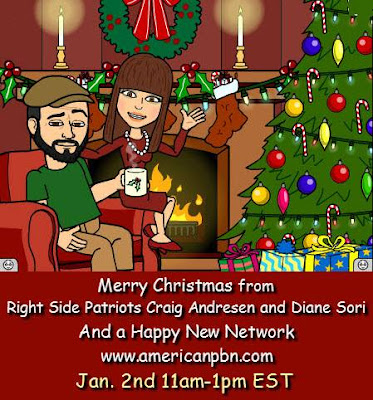 Email ThisBlogThis!Share to TwitterShare to FacebookShare to Pinterest
Politics and Christmas Past
By: Craig Andresen - The National Patriot and Right Side Patriots on americanpbn.com 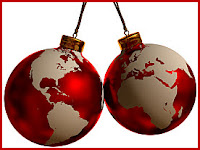 It is difficult to escape the political undertow in today’s world. Politics is in play in everything we do, from our daily routines to events half way around the world. Our schools, our streets and roads…regulations imposed on everything from our businesses to the water we drink…wars, conflicts, diplomatic relations with nations both friend and foe…we can’t get up in the morning, proceed with our daily business or go to bed at night without political interference.

This time of the year, we do our best to ignore, to whatever extent possible, the world of politics in favor of time-honored traditions that revolve around Christmas or Chanukah, but we should not forget the role of politics IN Christmas…the first Christmas to be precise.

Just as the death of Jesus on the cross was politically motivated, so too was his birth.

While the scriptures reveal that Joseph and Mary traveled to Bethlehem to pay their taxes, the truth goes politically deeper than that.

Read the full article here: http://www.thenationalpatriot.com/2015/12/22/politics-and-christmas-past/
Posted by Diane Sori at 11:13 AM No comments:

How to Manufacture an Anti-Muslim Hate-Crime 'Epidemic'

Step one: Find an expert with an impressive-sounding academic title to legitimize shoddy advocacy propaganda.

Meet Brian Levin. He's the one-man band behind something called the "Center for the Study of Hate and Extremism" at California State University, San Bernardino. The "center" (that is: Levin) claims to be "nonpartisan" and "objective." But he is a former top staffer of the militant, conservative-smearing Southern Poverty Law Center, which was forced to apologize earlier this year after including famed black neurosurgeon and GOP 2016 candidate Ben Carson on its "extremist watch list" of hate groups.

The radical left-wing SPLC, whose annual "hate and extremism" report spawned Levin's sham "center," brazenly declared that its mission is to "destroy" its political opponents. Harper's Magazine writer Ken Silverstein called the SPLC and its work "essentially a fraud" that "shuts down debate, stifles free speech, and most of all, raises a pile of money, very little of which is used on behalf of poor people."

Longtime Atlas readers are quite familiar with our First Amendment trademark case. We have been fighting to trademark SIOA (Stop Islamization of America) but were repeatedly refused because it considered “disparaging” to Muslims. It was, in effect, an application of sharia law (‘do not criticize Islam.’)

Today we had a big victory against this fascist-style ban. The Federal Circuit Court of Appeals  just reversed 70 years of holdings that said there is no First Amendment protection in trademark cases. In reversing, it held as unconstitutional the “disparaging” prohibition, citing SIOA first and frequently.

What a wonderful Christmas miracle :)


The government cannot refuse to register disparaging marks because...

A Politically Correct Christmas is NOT Christmas
By: Diane Sori / The Patriot Factor / Right Side Patriots / www.americanpbn.com
(Author's note: This piece first ran in 2013 but has been updated.) 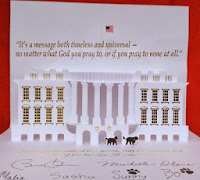 Soon it will be Christmas...the day when believers worldwide celebrate the birth of one small child who forever changed the course of humanity.

Usually on this holy day we hope for at least a few hours of peace in the world...a laying down of arms if you will...but in today's volatile world so affected by those out to kill us all, peace probably still will allude us even for those hoped for precious few hours.

Peace will allude us as some even in our own country who do not honor the one true living God do everything they can to take Christmas away from believers. But try as they might the Christmas spirit remains in the hearts and minds of most Americans for 'We the People' know that America was, is, and will always remain a Judeo-Christian nation founded upon a belief in God the Father, His Son, and on the Jewish patriarchs who came before. 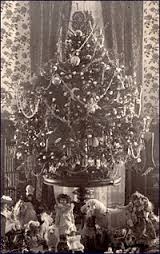 Christmas did not become a nationally recognized American holiday until 1870. Before then Christmas celebrations were frowned upon in certain northern regions of our country, because people associated the grandeur of Christmas pageantry with the European monarchs they so opposed. But by the 1880s, Christmas more as we know and celebrate it began to appear when President Benjamin Harrison decorated the first indoor White House tree with lit candles and toys. In 1894, President Grover Cleveland replaced the candles with electric lights and off and running a White House Christmas went.

And from the very moment that the first electric Christmas lights were turned on, Christmas as a national celebration took off all across our land with all the trappings of lights, trees, carolers, gift exchanges, and with a hope that the coming New Year would always be better than the year before.

And most of our presidents loved Christmas...they reveled in Christmas traditions, family, and friends, and the true meaning of Christmas was NOT lost on them...like it is on the current occupants of the White House. And for many of our presidents and their families choosing the right Christmas card was very important for their wishes set the tone for the holiday. For example, in 2001 First Lady Laura Bush...back when our First Lady was indeed a Lady...sent out official White House Christmas cards with a verse of Scripture (Psalm 27) printed upon them...a Scripture verse she chose mere days after 9/11. The card simply said, “Thy face, Lord, do I seek. I believe that I shall see the goodness of the Lord in the Land of the Living” Powerful words in the aftermath of tragedy...powerful words to help console and comfort a grieving nation...powerful words so appropriate on Christmas Day.

And so many of the Christmas cards sent showed the true inner character of the president who sent them. Abraham Lincoln requested that cartoonist Thomas Nast create a special Civil War themed Christmas card to honor those fighting and those now gone. Dwight D. Eisenhower created personalized cards when he himself painted six of the eight Christmas gift prints that he gave to his White House staff each holiday season.

And our beloved Ronald Reagan put a line from one of his speeches onto his first Christmas card as president that sums up the true meaning of Christmas, “The greatest gift we can give each other is the gift of ourselves.” In other words, Reagan spoke of helping his fellow man...NO fancy gifts needed.

But sadly, John F. Kennedy ushered in the ongoing era of political correctness when in 1961, his official Christmas card said “Season’s Greetings 1961” on the cover and only on the inside did it say Merry Christmas. And the Christmas cards he sent to world leaders had a generalized New Year’s greeting that did NOT mention the word Christmas at all...sad indeed.

However, that same year, First Lady Jacqueline Kennedy began the tradition of selecting a theme for the official White House Christmas tree, and each year since then the themes have varied with the First Ladies wishes. But Laura Bush's 2008 'A Red, White and Blue Christmas' was especially touching as it was inspired by letters from everyday Americans that began arriving at the White House soon after September 11th. Many suggested that the White House have a red, white and blue Christmas theme...and they did...honorable folks the Bush's were and still are. 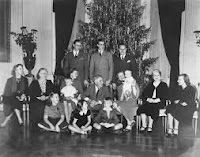 But obviously some Christmas' were rightfully bleak, for in times of war revelry was toned down. And this was the case during the FDR years. During the Depression and into World War II, Roosevelt would gather his family and friends to come sit before the White House tree as he read Dickens 'A Christmas Carol' to them. And while FDR kept the glitzy celebration aspect to a minimum, his simple action of reading a story spoken from the heart was in keeping with the true meaning of the season.

And these but brief glimpses of past presidential Christmas traditions and cards all lead up to this current president, whose official 2013 White House Christmas card with its stark white pop-up picture of the White House totally undecorated in Christmas splendor said, "It's a message both timeless and universal-no matter what God you pray to, or if you pray to none at all...as we gather around this season, may the warmth and joy of the holidays fill your home." NOT a word said of Christmas...NOT a word said of the one true living God...NOT a tree nor a Christmas decoration in sight...from the man who professes to be a Christian yet a man whose very words and actions say he's anything but. 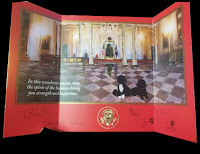 And while Obama's 2014 White House Christmas card did show a glimpse of a Christmas tree in a distant hall of the White House, the message again is cold, generic, and oh-so politically correct. Saying, "In the wondrous season, may the spirit of the holiday bring you strength and happiness," Obama speaks of a 'season' and a 'spirit' but still refuses to recognize or honor the very man whose 'spirit' defines what the 'season' is truly about. 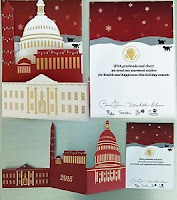 And political correctness again is the order of the day as this year's White House Christmas card comes replete with the words, "With gratitude and cheer, we send our warmest wishes for health and happiness this holiday season," 'This holiday season' as Obama again chose a pop-up card...and like the one two years before is devoid of anything Christmas-like but for a few scattered snowflakes, and with the White House, the Capitol, and the Washington, Jefferson and Lincoln Memorials in red on the inside...a sublime shout-out to his communist roots perhaps...the message this time is even more generic and cold. And when the card is unfolded and put in place, the way our national monuments are stacked and laid out reminds me somewhat of a mosque with the minuet standing tall above all else. A message perhaps...

So as this man who is the epitome of all the vileness that is the hallmark of political correctness...as this man who is NOT a man of God...and as this man willfully chooses his words so as NOT to honor the true meaning of Christmas jets off to Hawaii with his family...on our taxpayer dime...to once again spend Christmas on the golf course slipping pina-coladas NO doubt...it's obvious he's running far away from both the religious aspects of Christmas and from all the problems he built, owns, and again dumped on 'We the People' this Christmas season.

And so I...one who will NEVER bow to political correctness...would like to wish all who celebrate the birth of the Savior a very un-politically correct 'Merry Christmas'...a 'Merry Christmas' filled with peace, love, and joy. And may the New Year bring us closer to God and to a true love of this country...a love of country so strong that we will willingly fight hard to keep her...and always remember that America will survive because America must survive...it really is that simple.
Posted by Diane Sori at 12:02 AM No comments: