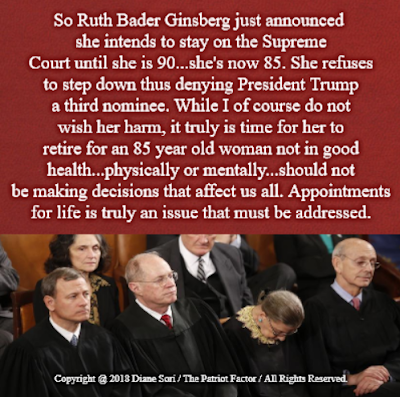 Abolishing ICE Just Might be the Dumbest Democrat Idea Yet

After many pages of nonsensical blathering about the horrors of ICE enforcing our immigration laws and arresting bad guys, the twelve-page bill essentially establishes a commission made up of 17 people who have the task of abolishing Immigration and Customs Enforcement within one year.

The crazy part is that the majority of the commission aren't even members of the House or Senate but rather are "selected from the 17 major civil society and immigrants’ rights organizations and individuals directly impacted by ICE practices." In other words, the very groups who despise ICE would have the majority on the committee in charge of dismantling it.

Clearly the Britain that Theresa May wants is one that has a significant Muslim presence, and that is the Britain she has and will bequeath to her successor. Among the Muslim migrants, however, there will almost certainly be an unknowable number of jihadis, as well as a significant number of people who believe Sharia ought […]
Read in browser »

Posted by Diane Sori at 6:07 AM No comments:

Email ThisBlogThis!Share to TwitterShare to FacebookShare to Pinterest
Should the FBI rely on the SPLC, itself a “hate group”?

By Gerald Lostutter / THE GELLER REPORT

The Federal Bureau of Investigation’s Acting Director of Congressional Affairs, Jill C. Tyson, received a letter (07-23-18) from Repr. Matt Gaetz (R-FL) who reports: “In email correspondence, the FBI has admitted to working with the Southern Poverty Law Center. This is surprising and worrisome, as the SPLC is known to use its platform in order to denigrate and disparage certain groups by labeling them ‘hate groups.’”

“[I]n some cases, this designation is well deserved,” Gaetz contrasts: “Other groups, however, appear to be deemed ‘hateful’ by the SPLC due to their political and social beliefs, rather than by any actual threat they pose.”

* Do you actively work with the SPLC in determining groups to investigate?

Posted by Diane Sori at 6:03 AM No comments: