RIGHT SIDE PATRIOTS...for those who missed last night's show (or just want to listen in again) where Craig and Diane discussed 'The Case For Militarizing I.C.E.';  'Kabuki at the Kavanaugh Hearing'; and important news of the day...you can listen to it (and previous shows) anytime at your convenience on our PodBean hosting/archive site.

Posted by Diane Sori at 6:52 PM No comments: 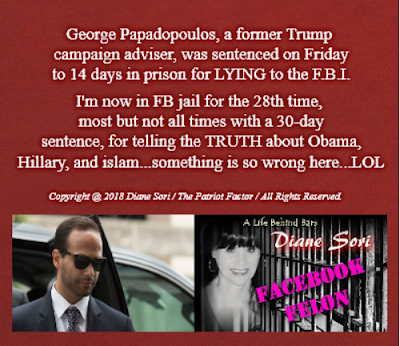 It was worthy of a Saturday Night Live skit, but Lorne Michaels probably would’ve turned it down. SNL has leaned heavily left since Donald Trump’s election, and the show’s creator and executive producer would’ve understood the humor in how clueless Senate Democrats came across during Judge Brett Kavanaugh’s confirmation hearing – but he probably wouldn’t bring himself to showcase how awful they really looked.

Despite the Senate Judiciary Committee’s being the most politically polarized committee in Congress, there’s still usually a sense of seriousness during a Supreme Court confirmation hearing. Not this time.

Over the four days of hearings – two of which Judge Kavanaugh went well into the night answering Senators’ questions – there were well over a hundred interruptions by protesters. And when Democratic Senators did ask questions, they did their image no good whatsoever.

For his part, Kavanaugh was masterful in fielding every question, befitting a confident 12-year veteran of the D.C. Circuit Court of Appeals bench, the second most important court in the country.

No one will care. Jew-hatred is being increasingly normalized on the Left. Meanwhile, it is a shame to see the Washington Free Beacon, which should know better, citing the Southern Poverty Law Center as if it were a reliable source. “Dem Candidate Held Event With Nation of Islam Members Outside Radical Mosque,” by Alex Griswold, […]
Read in browser »

Arizona rancher John Chilton owns 50,000 acres of land which lies on the US/Mexico border. Chilton has installed a camera on his property to film the continuous stream of illegal aliens entering our country and has provided The Daily Caller with footage. The video below shows 25 minutes of the never ending flow of “human smugglers, drug cartel members and illegal immigrants crossing into the US.”

Chilton told reporters he installed the cameras to show the government that the barbed wire fences installed along much of the US border with Mexico do little to stop the flow of illegals.

The videos show an unrelenting stream of alleged cartel scouts, drug mules and human smugglers — known as coyotes — using secret trails to work their way into the interior of the state. Many of the trespassers tote long guns and sport military-style camouflage, posing a threat Chilton knows from firsthand experience.

Read entire article and see an another video, this one on drug tu nnels from Mexico into the U.S. here:  https://gellerreport.com/2018/09/arizona-rancher-wall.html/