Just a Thought...
Another Lie Told...Prosecute Now
By: Diane Sori / The Patriot Factor

So Loretta Lynch and Billy-Boy have admitted they discussed national security issues during their infamous tarmac meeting...you know the meeting where they claimed to have discussed just their grandkids and their golf game. Well...with that LIE told, and told all over the media, they need to be arrested immediately because AG Lynch broke the law by discussing national security issues with a private citizen...as that is what Billy-Boy is now...a private citizen just like me and you.
Posted by Diane Sori at 8:50 AM No comments:

Bloomberg: There's A 55 Percent Chance Trump Is Re-elected Because Democrats Will Eat Each Other

In April, self-described feminist Camille Paglia sat down with The New York Times’ Frank Bruni, where she said that Donald J. Trump was heading for a second term because the Democratic Party is in disarray, and that they’re overplaying their hand. Keep in mind that Paglia is no conservative, having voted for Jill Stein in the 2016 election. She’s also a Bernie Sanders supporter. She’s not the only one to acknowledge that Democrats will probably secure a second term for Trump.

Bruni recently interviewed former New York City Mayor Michael Bloomberg, who said—more or less—that Democrats are going to “step on each other” fighting Trump, giving the president a 55 percent chance of getting re-elected:


Ah, politics. I knew we’d get there. Bloomberg, an independent who opposed Donald Trump, said that Democrats never found an effective message. “Hillary said, ‘Vote for me because I’m a woman and the other guy’s bad,’ ” he said.

They’re still searching for the right issues and words, he said, and too many have visions of 2020 dancing in their heads.

“They’ll step on each other and re-elect Donald

Trump,” he told me, estimating “a 55 percent chance he gets re-elected.”
Fifty-five percent? Whether good for my longevity or not, I need a cookie.

The Left will eat each other. Well, given the friction between the Bernie wing of the party and the more establishment camp, though still thoroughly left wing; it’s not an insane projection. Moreover, many thought that Trump wouldn’t win last year.

France: Guantanamo inmate released by Obama arrested for recruiting for the Islamic State

“Among the suspects arrested was Sabir Mahfouz Lahmar, who was freed from the US detention centre in Cuba in 2009 after France agreed to accept him, said a judicial official.” And look at how his presence has enriched France. “Former Guantanamo Bay inmate among suspected Isis recruiters arrested in France,” by Lori Hinnant and Lizzie […]


Trump Caves, NO Embassy move to Jerusalem
By Pamela Geller / THE GELLER REPORT

President Trump is abandoning his base — the very people who got him elected. Does he believe moving to the left will win over the Kathy Griffins? Never. going. to. happen. The leftist/Islamic alliance mean to destroy him. No matter what he does. So he ought to deliver on his promises. Be bold. Be true. Be brave.

President Trump is being ill-advised. This doesn’t “preserve his chances for peace.” It rewards terrorism. Kushner, Trump’s peace processor, is a Manhattan liberal. That tells you all you need to know.

If you are going to deny the Jews Jerusalem, deny Muslims Mecca.

Email ThisBlogThis!Share to TwitterShare to FacebookShare to Pinterest
Liberal Tolerance Now Has a Face
By Craig Andresen – Right Side Patriots on American Political Radio 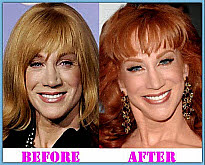 A few days ago, Griffin, who engages in false advertising by billing herself as a comedian, went to great lengths, and one can assume some cost, to have a portrait made of herself holding a bloody, decapitated representation of the head of our nation’s President…Donald J. Trump.

This was a planned, purposeful and hate-driven act of rage.

Kathy Griffin, a “D” list pseudo celebrity who is by most accounts unable to think for herself, obviously listened as somebody told her that the thing to do, in order to grab a few laughs, would be to pose, holding what looked like the severed head of President Trump.

And so she did…but in reality…it wasn’t as simple as it sounds.

Read entire article here: http://www.thenationalpatriot.com/2017/06/liberal-tolerance-now-has-a-face/#more-19536
Posted by Diane Sori at 7:48 AM No comments: