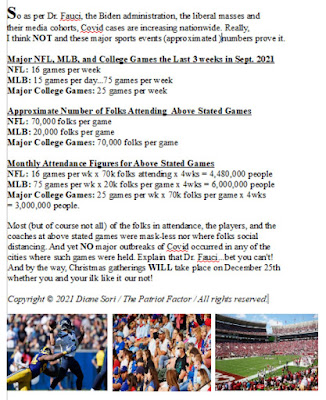 It looks as if there may be an agreement about raising the debt ceiling, thanks to action from Senate Minority Leader Mitch McConnell (R-KY).

Many Republicans were less than thrilled with the senate minority leader, including and especially former President Donald Trump. "Looks like Mitch McConnell is folding to the Democrats, again. He’s got all of the cards with the debt ceiling, it’s time to play the hand. Don’t let them destroy our Country!," the statement read.

McConnell on Wednesday announced a sort of agreement that he will allow Democrats to raise the debt limit for two months without having to turn to the reconciliation process, while also having Democrats vote on a higher debt-limit number.

The honeymoon is over. To those who didn’t vote for Trump, you can only go so long telling yourself there are no more ‘mean tweets,’ or he’s better than the other guy when Joe Brain Worm has demonstrated that he’s simply incapable of doing the job. He rambles.

The incomplete thoughts during his speeches are pervasive. You often don’t know what he’s saying. The refusal to answer questions from the press. The detachment was overt during the Afghanistan crisis—and that has carried over into other areas like inflation, the economy, and this slew of spending bills. The man just can’t keep up. I’ve said this before. He’s too old, too stupid, and just unable to do the job. Polling now backs that up. Quinnipiac has Biden’s approval at 38 percent. Fifty percent don’t think Biden is honest, and 55 percent think he’s not competent to govern the…Read more here.