“War is deceit,” said Muhammad (Bukhari 4.52.268), and the “Palestinians” listened closely. Of course, even the “Palestinian” nationality itself is invented. The Palestinian people does not exist. The creation of a Palestinian state is only a means for continuing our struggle against the state of Israel for our Arab unity. In reality, today there is […]
Read in browser »
Posted by Diane Sori at 11:11 AM No comments:

Mark Zuckerberg, CEO of Facebook, has been defending his company’s privacy and advertising practices to querying congressional members on Capitol Hill.

But if you want to know why Facebook has an anti-conservative bias problem, you need look no further than the staffers at the company.

Apparently, Facebook employs dozens of individuals with tight ties to Barack Obama and Hillary Clinton — and puts them in key positions of influence.

During his recent apology tour, Mark Zuckerberg notably failed to mention recent revelations about the Obama 2012 campaign’s exploitation of the platform’s weak pre-2014 data protections to harvest masses of data from non-consenting users. 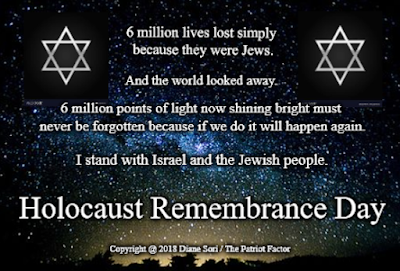