Happy Labor Day to all my blog followers. 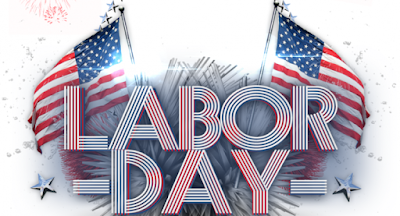 The loud calls for impeachment, the media’s coordinated editorial attacks and the continued outrage on the left call for an obvious diagnosis—Trump Derangement Syndrome. Thankfully, a few who might be tempted to join the attacks are sharing truths to help treat the poor people so afflicted.

Have you heard anyone explain what President Trump has done that is a crime? Where is the “high crime” that is an impeachable offense? Even Special Counsel Mueller has not yet identified any crime after months of investigation.

Alan Dershowitz, Harvard Law School Professor Emeritus and long-standing Democrat, appeared on Tucker Carson’s Fox News show. Dershowitz asked the critical question few even raise, “What is the crime?” He voted for Hillary Clinton but is speaking out as a defender of civil liberties. He acknowledged that there may have been political wrongdoing, but even if members of the campaign colluded with Russians, there is no evidence that Trump was involved or that any statues have been violated.

Email ThisBlogThis!Share to TwitterShare to FacebookShare to Pinterest
Some of the worst Islamic hate preachers gather at ISNA’s Houston conference
By Robert Spencer / Jihad Watch

Not a word of objection from the Hilton, which expelled a group of ex-Muslims for fear that ISNA conference attendees might be offended. “Some of the Worst Islamist Hate Preachers Gather at ISNA’s Houston Conference,” by Martha Lee, Algemeiner, August 31, 2018 (thanks to the Geller Report): From August 31 to September 3, the Islamic […]
Read in browser »

Email ThisBlogThis!Share to TwitterShare to FacebookShare to Pinterest
Pentagon cancels $300 million in aid to Pakistan over its failure to counter jihadis

This is long overdue. For years, the Islamic Republic of Pakistan has taken the money that the United States has given to them for the purpose of fighting jihad terrorists and given large portions of it to those same jihad terrorists. Nothing was done about this in Washington — until Donald Trump became President. At last, we have an American President.

WASHINGTON (Reuters) – The U.S. military said it has made a final decision to cancel $300 million in aid to Pakistan that had been suspended over Islamabad’s perceived failure to take decisive action against militants, in a new blow to deteriorating ties.