Happy Valentine's Day to all my blog followers. 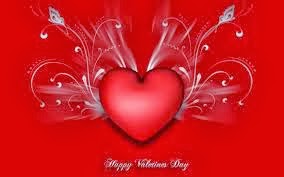 Posted by Diane Sori at 2:06 PM No comments:

WH: We've 'Enrolled' 3.3 Million People, But We Can't Say How Many Are Actually Covered

When this data was released last evening, I contextualized the numbers on Twitter:

As we've written over and over, consumers do not obtain coverage until they have paid their first month's premium. We discussed yesterday how non-payment rates in various states range from 20 to 50 percent, based on available data. The feds can't or won't unveil the national stats, rendering their enrollment figures useless. If you aren't able to say how many people have taken the crucial final step of enrolling, your enrollment totals are misleading at best. Let's say that the national non-payment rate is currently 25 percent. If that's the case, the number of genuine sign-ups is still shy of 2.5 million. The feds still can't or won't say how many of the "new" enrollees were previously insured.

Studies have indicated that an overwhelming majority of exchange participants had other coverage before Obamacare was implemented. These rudimentary facts haven't prevented the media from excitedly reporting that the feds "beat their target" in the month of January. Less thrilling is the still-too-low number of young and healthy people signing up for plans. Phil Klein notices a wide disparity opening up between states that are on track to hit their enrollment totals, and those that aren't even close:


In 11 states including Connecticut, Rhode Island, New York, Maine and New Hampshire, signups are more than 100 percent of projected enrollments. On the other hand, in 13 states signups are tracking at less than 50 percent of original targets. Though supporters of the health care law have tried to point fingers at Republican states for trying to sabotage enrollment efforts, the worst-performing states were among those that were most gung-ho about implementing the law, including Massachusetts, Oregon, Maryland and the District of Columbia. If these numbers hold up, the could lead to some interesting decisions for insurers, who may try to back away from exchanges in states that haven't proved viable, while increasing the number of carriers offered in other states.

Things are unusually bad in Oregon, where it appears the governor directly lied about his knowledge regarding the state exchange's failures, and criminal charges may be coming over an active fraud perpetrated by state officials. The picture is also ugly in Colorado, where the director of its state exchange has been indicted for fraud. Conservative healthcare analyst Avik Roy looks at the latest data and warns conservatives that a full-fledged national death spiral is unlikely to destroy Obamacare (although, based on Klein's reporting above, various states could experience serious risk pool problems). He says the law will continue to limp along, costing trillions and failing millions, but won't necessarily implode all on its own -- which is why viable conservative alternatives are critical:


Real people—real lives—will be harmed, and are being harmed, as Obamacare makes health insurance even less affordable for many in the middle class. In some quarters, there has been a kind of intellectual laziness, a belief that there’s no need for critics to come up with better reforms, because Obamacare will “collapse under its own weight,” relieving them of that responsibility. Obamacare isn’t good for the country. But it’s not going to collapse. And that makes the development of a credible, market-oriented health-reform agenda more urgent than ever.

Conservatives in the House, Senate, and wonksphere have recently redoubled their efforts to tackle that challenge. As for the current situation, insurers are throwing cold water on the administration's enrollment triumphalism, via CBS News:


The rosy portrait shatters under an alternate interpretation by insurance industry representative Robert Laszewski of Health Policy and Strategy Associates....CBS News received a guarded analysis from a source involved in implementation of the Affordable Care Act who supports Obamacare. The source said the bump of young invincibles to 27 percent of January enrollees was “progress,” but added “they neglect to point out that they need roughly 40 percent to help achieve a balanced risk pool” necessary under a successful business model. “3.3 million people is still a relatively small proportion of the population that ‘should be’ interested," added the source, who is not authorized to speak on behalf of the administration and does not wish to be identified. Laszewski has a strikingly similar analysis and says HHS’s reported number of 3.3 million enrollees exaggerates the true picture. He says that to calculate a more accurate number, one must subtract about 20 percent of the enrollees because they haven’t paid (and so aren’t technically insured); as well as about two-thirds of the enrollees because they were already insured prior to signing up for Obamacare. “Looking at the total of 3.3 million, netting out the non-pays, and listening to the anecdotal carrier reports, it doesn't look like we have more than a fraction--certainly something less than 10%-- of the previously uninsured,” said Laszewski.

I'll leave you with this headline: "For Many, Few Health-Plan Choices, High Premiums on Online Exchanges."

One in 5 Buyers of Insurance Under New Law Did Not Pay Premiums on...

Paying the first month’s premium is the final step in completing an enrollment, and those who did not pay did no receive coverage in January.

Also, Jay Cost examines the apparent slowdown of sign-ups at the end of January, which we addressed yesterday.
Posted by Diane Sori at 1:22 AM No comments:

A new ad campaign for the Democrat running in Florida’s 26th district hits Obamacare at its core and has no problem taking a shot at the law’s most important parts. What’s even better is the ad is produced by a Nancy Pelosi backed PAC.

Although the candidate does not call for repeal, he is “working to fix” Obamacare and wants to hold “insurance companies accountable.” But this PAC associated with Nancy Pelosi put out an ad taking on Obamacare.

The script in the video slams the Obama administration for “the disastrous healthcare website”. But if I remember correctly, didn’t Nancy Pelosi say that Democrats were going to run on Obamacare in 2014? Her PAC seems to disagree with this idea now.

In Florida’s 26th district, as well as most of the rest of the country, voters are going to have to choose between a candidate who criticizes Obamacare and one who wants to repeal the law. Isn’t this a sign that the law is seriously flawed?

At least they are having the conversation in Florida, it’s about time the rest of the country picks up on this.

Check out the Nancy Pelosi backed PAC’s advertisement below:

Posted by Diane Sori at 1:16 AM No comments: