Iran is searching for technology to produce Octogen which can be employed as part of the detonator in an atomic bomb, according to Times of Israel.

But do not worry, Iranian Defense Minister Brigadier General Hossein Dehqan said the Octogen would only be used in conventional weapons for "destructive and penetration power.”


During a ceremony to inaugurate a Octogen production plant, Dehqan stressed Iran’s goal of gaining the know-how to make the explosive material in order to avoid relying on external sources.

“Concurrently with its efforts to increase the precision-striking power of its weapons systems, the Defense Ministry has also paid attention to boosting the destructive and penetration power of different weapons’ warheads and has put on its agenda the acquisition of the technical know-how to produce Octogen explosive materials and Octogen-based weapons,” he said, according to a report from the semi-official FARS news agency.

Dehqan wants the U.S. to allow Iran more flexibility in their own research capabilities.  “We should endeavor to reinvigorate our infrastructures in the defense industries, reduce dependence and use domestic industries,” he said.

"We should strengthen ourselves to the level that we can prevent failure and acquire victory over our enemies."

In the past week alone, the United States has received threats from Iranian generals, seized Iranian rockets and weapons headed to Yemen, been threatened repeatedly by Iranian Supreme Leader Ayatollah Ali Khamenei, and ordered the withdrawal of military families out of Turkey.

So the question still remains, are we winning or losing in the Middle East?
Posted by Diane Sori at 9:22 PM No comments:

It's been a rough welcome in the Empire State for Ted Cruz as the GOP candidate rolls across New York ahead of the primary contest on April 19. The New York Daily News is reminding voters of Cruz's "New York values" comments, Cruz had to cancel an event at a Bronx high school yesterday and only a few people showed up to a rally he hosted in the borough. Currently he's trailing behind Trump and Kasich in polling.

But all of this bad news isn't stopping Cruz from trying after winning Wisconsin. In fact, he's managed to score a meeting with former New York City Mayor and long time Trump friend and backer Rudy Giuliani.

According to POLITICO the meeting isn't simply about making the rounds with New York's locals, but instead is an attempt to get Giuliani to reconsider his endorsement of Trump.


The meeting could signal a significant shift: Trump had in February said Giuliani was acting as an informal adviser to him, and Giuliani had spoken favorably of him publicly several times, including at an event in Peoria, Illinois, when he alluded to the billionaire developer’s slogan, saying, “I hope you’ll look for a candidate who can set a direction for this country that one, talks about how great they are, a lot.”

But with the New York primary looming April 19, the former New York mayor and 2008 presidential candidate seems to be having second thoughts. He’ll meet with the Texas senator, who’ll need to pull off a significant upset to be able to beat Trump in his home state and to rack up the delegates to force a brokered convention in Cleveland, where he’d hope to come out on top with the nomination.


Regardless of endorsements, Trump is expected to win New York by a significant margin, but considering Cruz has two weeks to campaign and convince voters he's the better choice, anything can happen.
Posted by Diane Sori at 9:06 PM No comments:

Two GOP Senators just met with Obama Supreme Court nominee Merrick Garland TODAY and a total of 16 (more than 25% of all GOP Senators) have agreed to meet with the nominee.
This is precisely the crack the Left is looking for to push the Garland nomination forward. As Sen. Chuck Schumer said, "Inches will turn into feet, feet will turn into miles, and hopefully Judge Garland will turn into Justice Garland."

We have compiled a list of all 16 GOP Senators who have said they will meet with Garland (see list below). Our friends at Liberty Counsel want to deliver petitions to every GOP Senator who has agreed to meet with Garland once they reach 100,000 signers to their  "No Election Year Supreme Court Nomination" petition.
As of today, Liberty Counsel is just under 19,000 signers short of the goal.

Thank you for taking action!
Grassfire
Here's the current list of identified GOP Senators who have met or have agreed to meet with Garland. To have your petition delivered to all 16 once Liberty Counsel reaches 100,000 signers, go here now: 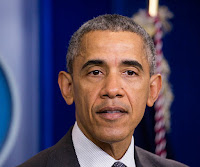 President Barack Obama says he has the power to allow illegal immigrants to be eligible for federal benefits through the guise of "prosecutorial discretion," and that he will not enforce the law against them for being in the country, CNS News Editor-in-Chief Terence Jeffrey says in an editorial.
Solicitor General Donald Verrilli plans to use that argument before the Supreme Court, where he will argue that Obama "can make millions of people in this country illegally eligible for Social Security, disability and Medicare," Jeffrey writes in the Wednesday piece.

The court will hear the arguments in a case filed by Texas and other states that complains the administration's Deferred Action for Parents of Americans and Lawful Permanent Residents program, or DAPA, goes against Congress' framework that determines who may enter and stay in the country.


While Verrilli says the deferred action status makes an illegal immigrant ineligible for federal public benefit programs, they are still eligible for "earned-benefit" programs like Social Security and Medicare.

Meanwhile, since such immigrants are not given lawful immigration status and can be removed at any time, that puts Obama in violation of breaking a Constitutional law that requires he "take care that the laws be faithfully executed," Jeffrey writes.
"The Obama administration has taken care of just one thing here: It has constructed a convoluted — and unconvincing argument — it hopes will provide the activists on the Supreme Court with a cover story to explain why this president need not faithfully execute the nation's immigration laws," Jeffrey concluded.