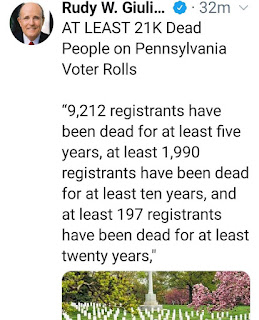 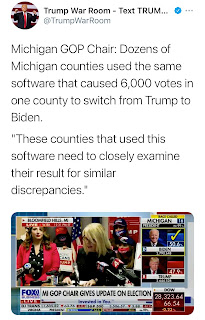 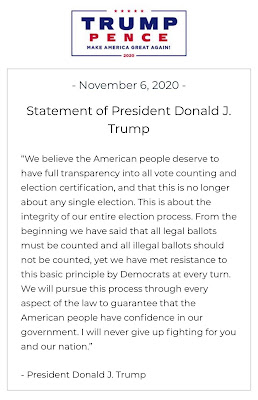 Posted by Diane Sori at 3:05 PM No comments:

Georgia Is Officially Heading for a Recount

It's too close to call in Georgia. And so Sec. of State Brad Raffensperger announced in a press conference on Friday that, "with a margin that small there will be a recount." He pledged to maintain election integrity. "The final tally in Georgia at this point has huge expectations for the entire country," Raffensperger noted. "The stakes are high, and emotions are high on all sides. We will not let those debates distract us from our work. We will get it right."

President Trump was leading in Georgia most of the week, but things got interesting on Thursday night. Biden began closing in and is currently leading the president by about 1,000 votes. If Biden does clinch the Peach State, he will be the first Democratic presidential hopeful to do so since 1992.