5 Reasons America Is The Greatest Nation in History

“Reg: All right, but apart from the sanitation, medicine, education, wine, public order, irrigation, roads, the fresh water system and public health, what have the Romans ever done for us?
Attendee: Brought peace?

Reg: There is not one of us who would not gladly suffer death to rid this country of the Romans once and for all.

Reg: Oh, yeah, yeah, there's one. But otherwise, we're solid.” – The Life of Brian
That scene from The Life of Brian always reminds me of what America has to put up with. We do more for the world than any other 10 nations combined and then all we hear is endless complaining that we’re not saving the world the right way. Maybe instead of whining so much about how lousy America is, more people should appreciate everything we’ve done.

1) We saved the word from tyranny three times: Granted, we didn’t win WWI, WWII and the Cold War all by ourselves, but we were the biggest factor in all three wars. In WWI, the conflict had bogged down into a stalemate before the Germans stupidly got us involved by trying to get Mexico to attack us. In WWII, both the British and Russians played a crucial role, but neither could have fought back effectively or even held out against the Germans without our incredible industrial base supplying their armies. Oh, and the Cold War? Western Europe had no more chance against the Evil Empire without us than the Rebels did against the Empire without Luke Skywalker. We broke the Soviet Union and the world’s a better place for it. Speaking of which…

How Many Federal Laws Are There Again?

It should come to no one’s surprise that we have way too many federal laws. It’s to the point where–on average–we break at least three of them every day without ever knowing it. Conservatives may complain about out tax code–and they should–but our criminal code is also out of control.

At the recent conference on justice reform hosted by FreedomWorks in June, our criminal code was subject to a prolonged discussion regarding how outrageous it has become

There are at least 5,000 federal criminal laws, with 10,000-300,000 regulations that can be enforced criminally. In fact, our entire criminal code has become a leviathan unto itself. In 2003, there were only 4,000 offences that carried criminal penalties. By 2013, that number had grown by 21 percent to 4,850. The code has become so big, that the Congressional Research Service and the American Bar Association simply do not have enough staff to adequately categorize every law we have on the books.

The Heritage Foundation is also concerned about this growth in our criminal code, which often contains laws that are often subject to a wide array of interpretation and are vaguely written [emphasis mine]:


Many new criminal offenses also are deeply flawed. Many federal criminal laws make it possible for the government to convict someone even if he acted unknowingly or without criminal intent (that is, without what lawyers call a guilty mind, or mens rea). The unfortunate result is that people who do their best to remain law-abiding members of society can no longer be confident that they are safe from prosecution. The Heritage Foundation and the National Association of Criminal Defense Lawyers reported the results of a joint study finding that in the 109th Congress, 60 percent of new nonviolent, non-drug offenses lacked a criminal-intent requirement adequate to protect Americans who engaged in conduct that they did not know was illegal or otherwise wrongful from unjust criminal punishment.

Not that they mentioned Muslims or Islam or jihad, of course. They were referring to HVE’s — Homegrown Violent Extremists. Perish the thought that anyone in government or law enforcement actually give an actual hint of the nature or content of the ideology that is fueling this bloodlust. “Feds issue warning after alleged Boston terror […]

Posted by Diane Sori at 7:20 AM No comments:

Why is it we always have to bend, accommodate, submit? This is Indonesia — always held up as a shining example of a “moderate” Muslim country (despite the sharia — i.e., floggings, whippings, gender apartheid, creed apartheid, etc.)

US Embassy celebrates 4th of July earlier out of respect for Ramadan,” (thanks to Jihad Watch), June 6

This is a grand gesture, to be sure, but just one question: when has any Muslim group ever changed its activities, or moved their date, or done anything differently at all, out of respect for the United States? Obama has spoken many, many times of...

Email ThisBlogThis!Share to TwitterShare to FacebookShare to Pinterest
June 6, 2015...they lived and survived D-Day...
we honor them and all who served...
all who died...on that fateful day that changed the course of WWII...and the course of a world gone mad. 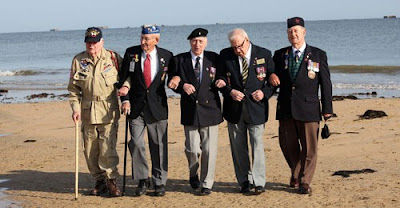