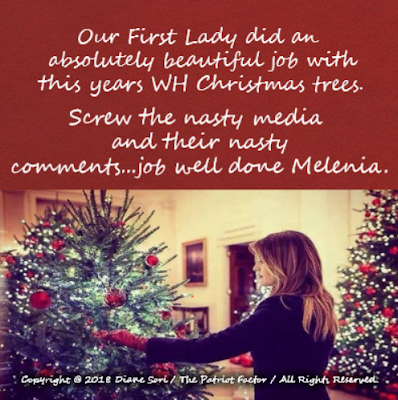 Email ThisBlogThis!Share to TwitterShare to FacebookShare to Pinterest
RIGHT SIDE PATRIOTS...for those who missed last night's show (or just want to listen in again) where Craig and Diane discussed 'Numbers Don't Lie'; Liberals...Unencumbered By Reality'; and important news of the day...you can listen to it (and previous shows) anytime at your convenience on our PodBean hosting/archive site. Click here: https://rightsidepatriots.podbean.com/ to go directly to our Podcasts and hope you become 'followers' of RIGHT SIDE PATRIOTS.

The UN High Commissioner for Human Rights (OHCHR) expressed concern for the “continued smear campaign in Italy against NGOs.” The new immigration measures proposed by the government as well as a climate of hate are threatening the rights of migrants in Italy, according to the UN. Italy has stood against the hijrah, and is now […]
Read in browser Â»

Finally, the USG is stepping in to protect our First Amendment rights in the public square. This should be good. You bring the popcorn, I’ll get the bubbly.

The House Energy and Commerce Committee, which has jurisdiction over telecommunications companies like Twitter, is now investigating Twitter CEO Jack Dorsey for providing false testimony before the committee in September.

A top House committee that oversees the U.S. telecommunications industry is now investigating Twitter CEO Jack Dorsey for lying to Congress during a hearing about Twitter’s controversial history of arbitrarily censoring content published by the site, an aide for the House Energy and Commerce committee told The Federalist.

Read entire article here: https://gellerreport.com/2018/11/dorsey-lied-2-congress.html/
Posted by Diane Sori at 6:57 AM No comments: