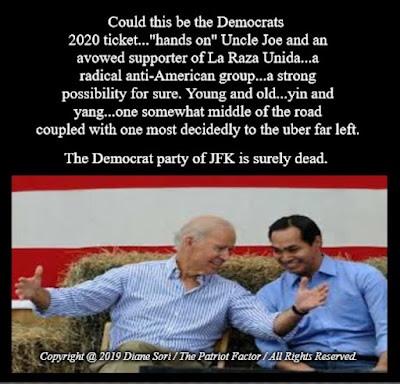 The government remains shut down. It’s now entered its 23rdday. Government workers are not getting paid, and nobody cares. This whole episode was brought on because Democrats don’t want to secure our borders. President Trump asked for just $5 billion for parts of his border wall. He reportedly offered to re-open the government if he received half of that in his meeting with Democrats earlier this week. They rejected it outright and had no counteroffer. Democrats just gained 40 seats in the House. They’re the majority and to all our horror, Nancy Pelosi is speaker again. They have zero incentive to play ball with the Trump White House. They were elected to stop him. Still, it doesn’t mean that they’re powerless, despite the GOP increasing their majority in the Senate. If they were able to be reasonable and not blinded by anti-Trump rage, the government could re-open. This was a point CNBC host Joe Kernen pointed out when speaking with House Majority Leader Steny Hoyer (D-MD). The Democrats care more about sticking it to Trump than getting D.C. back up and running.
Read entire article and see video here: https://townhall.com/tipsheet/mattvespa/2019/01/13/poll-government-shutdown-enters-23rd-day-but-support-for-trumps-border-wall-has-risen-n2538986?utm_source=thdaily&utm_medium=email&utm_campaign=nl&newsletterad=01/14/2019&bcid=3d4d66d62ccaf8073faf9aa664866a8a&recip=19180747
Posted by Diane Sori at 7:19 AM No comments:

This is unlikely to succeed, but it shows widespread dissatisfaction not just with Tlaib, but with the direction the Left is taking. “This woman is an anti-Semite, a war mongering hate filled Palestinian who has vowed to try and destroy our constitutional rights, hates America, hates American citizens.” Can those charges reasonably be disputed? “150,000 […]
Read in browser Â»

Posted by Diane Sori at 7:16 AM No comments:

Email ThisBlogThis!Share to TwitterShare to FacebookShare to Pinterest
President Trump threatens to ‘devastate’ Turkey’s economy if they attack Kurds in Syria.

Imagine, Obama said the caliph butcher in Turkey was his favorite, “most trusted foreign leader. Without the election of President Trump, the left’s take-down of America would have been complete.
Trump threatens to ‘devastate’ Turkey’s economy if they attack Kurds in Syria.

(CNN) President Donald Trump said Sunday the US would “devastate Turkey economically” if the NATO-allied country attacks Kurds in the region.

“Starting the long overdue pullout from Syria while hitting the little remaining ISIS territorial caliphate hard, and from many directions. Will attack again from existing nearby base if it reforms,” the President tweeted on Sunday.

He added, “Will devastate Turkey economically if they hit Kurds,” but followed up in a second tweet, “Likewise, do not want the Kurds to provoke Turkey.”

Read entire article here: https://gellerreport.com/2019/01/trump-warns-erdogan-genocide.html/
Posted by Diane Sori at 7:11 AM No comments:

SHUTDOWN SHENANIGANS - NO WORK AND ALL PLAY FOR DEMS: With the longest government shutdown in U.S. history entering its fourth week, some 30 Democrats are under fire for traveling to Puerto Rico this weekend to meet with lobbyists and to see a special performance of "Hamilton" ...While the Democrats also planned on attending the Congressional Hispanic Caucus BOLD PAC gathering in San Juan and met with Puerto Rican officials to discuss ongoing cleanup efforts from Hurricane Maria, Republicans were angered over images of their Democratic colleagues enjoying the island’s beaches.
“While [President Trump] is in DC working to resolve the government shutdown and secure our border, Democrats are hitting the beach and partying with lobbyists,” RNC Chairwoman Ronna McDaniel tweeted.
Democrats soaked in the sun while a new potential crisis was also on the horizon at the border. A new caravan was reportedly forming in Honduras with plans to head toward the U.S.