In the middle of this story on the CNN page was a link to another CNN story that shows just how ridiculous this is: “ISIS burned up to 40 people alive in Iraq, official says.” Have “right-wing sovereign citizen extremists” burned anyone alive? Have these “right-wingers” kidnapped large numbers of left-wing women and pressed them […]

Posted by Diane Sori at 1:37 PM No comments:

Conservatives: You Will Live to Regret Your Attacks on The Filibuster

Back in 2005, I was asked to defend the Senate filibuster of nominations in the pages of Human Events.

At the time, many conservatives were perfecting and pushing a mechanism for blowing up the Senate rules -- dubbed the "nuclear option."

The GOP was riding high at the beginning of 2005, and many conservatives felt that Republicans would control the Senate and the White House for the indefinite future. Thus, in their minds, there was no downside to eliminating Senate protections for the minority, as they expected that it would be Democrats who would be hurt by that change.

As most readers know, the GOP lost the Senate and the House less than two years later. They lost the White House in the next presidential election. And, in November, 2013, Harry Reid took the "nuclear option" -- the parliamentary device perfected by conservatives -- and used it to pack the circuit courts with liberals. For good measure, he packed the NLRB, allowing it to rewrite labor law by executive fiat.
And he staffed Dodd-Frank, thereby allowing that seminal legislation to be implemented. It is only by serendipity that Reid was not accorded a vacancy on the Supreme Court which would have allowed him to use the "nuclear option" to transform the High Court into a liberal juggernaut.

Ten years later, the same conservatives who rolled the dice and lost in 2005 are proposing to eliminate the legislative filibuster. If they succeed -- and if Democrats take the Senate and White House in 2016 -- everything they care about will be irreparably gone.

How do you get ahead in the Obama administration? Make the ‘intellectual’ case for Jew hatred. Out of diapers? No problem. Thin resume? So what? Obama had no resume. Just make the case against the Jews and lie, lie, lie and you’ll go far, sons and daughters.

This administration’s hatred for Israel is constant, ongoing, and found at every level. Here is more: the State Department’s increasingly ridiculous Spokesteenager, Marie Harf, wrote her thesis on “how conservative evangelical support for Israel complicates U.S. foreign policy.” Now we see why she got this job, for which she is so painfully unqualified.

Today Saturday, February 21st on RIGHT SIDE PATRIOTS on CPR Worldwide Media from 11am to 1pm EST, our very special guest will be WALID SHOEBAT who will discuss our investigative piece 'The True Power Behind Islam's Perfect Storm'...seems we hit the nail on the head folks. 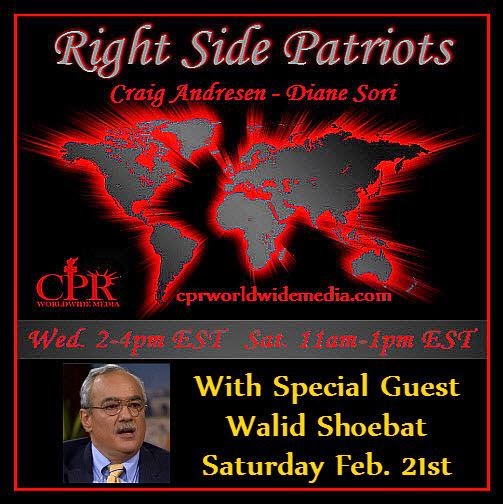 After U.S. State Department Spokesbimbo Marie Harf announced that the long-term strategy in the fight against the Islamic State (ISIS) was to create jobs for current and future Islamic jihadists, countless   applications began pouring in to Washington DC.

Freedom Outpost (h/t Mike F) Here are a few examples (along with a blank application for potential jihadists on the job hunt).

In case you missed the JOBS FOR JIHADIS State Dept. video: http://www.barenakedislam.com/2015/02/19/u-s-state-departments-popular-new-jobs-for-jihadis-program-is-already-getting-flooded-with-applications/