First up will be the danger low-information voters pose to the upcoming presidential election and then Craig and Diane will unveil their personal '2016 Dream Team.'

Hope you can tune it at: www.americanpbn.com
And chat with us live at: https://www.facebook.com/groups/cprworldwidemedia/?fref=ts 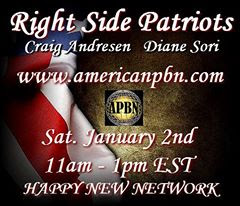 Posted by Diane Sori at 1:20 AM No comments:

I am deeply humbled, deeply grateful. Thank you for your unwavering loyalty and support all these long years.

‘If Obama wants to go to war against the American people, I say, bring it on’

Backing down is not in Pamela Geller’s lexicon.

In May 2015, Geller hosted an art exhibit and drawing contest featuring images of the Muslim prophet Muhammad. Her aim was to stand up for free speech by showing that Muslims could not intimidate non-Muslim Americans into following Shariah blasphemy laws, which prohibit any depictions of Muhammad.

Two gunmen showed up at the Garland, Texas, event and started shooting, injuring a security officer before...

By Stephen Dinan - The Washington Times

The State Department broke a judge’s order on the number of former Secretary Hillary Rodham Clinton’s emails it was supposed to release Thursday, blaming the holiday season for throwing it off track.

The department promised another release of emails next week to make up for its breach, and said even the emails it was releasing Thursday will not be fully processed and won’t be able to be sorted by senders or recipients in the department’s computer system.

“We have worked diligently to come as close to the goal as possible, but with the large number of documents involved and the holiday schedule we have not met the goal this month. To narrow that gap, the State Department will make another production of former Secretary Clinton’s email sometime next week,” the department said in a statement.
It’s the latest embarrassment for the department, which has repeatedly struggled to handle the more than 30,000 emails Mrs. Clinton returned to the government nearly two years after she left office.

The department is under a federal court order to release emails every month since the summer, but broke the order by missing the first deadline under that order. It had caught up, but has now fallen behind again.

All told, some 5,500 pages of documents will be released later Thursday. It’s not clear yet how many actual individual emails that works out to, since many of them span multiple pages.

Ben Carson's campaign manager and communications director both resigned Thursday morning, just a month away from the Iowa Caucuses, in a surprise move that could shake up the campaign as his poll numbers continue their downhill slide.

Communications Director Doug Watts, in a statement to The Des Moines Register, confirmed that he and Campaign Manager Barry Bennett had stepped down, effective immediately. Further, Bennett told The Washington Post that more resignations are likely, as the internal stresses within the Carson campaign are forcing people to reconsider their support.

"We respect the candidate and we have enjoyed helping him go from far back in the field to top tier status, having just announced raising $23 million for the fourth quarter, more than any other Republican candidate, and passing one million contributions and over 600 million unique donors," Watts said in the statement. "Since March, we are proud of our efforts for Dr. Carson and we wish him and his campaign the best of luck."

Carson was once ahead of front-runner Donald Trump in the Iowa polls, but his popularity started to slip after questions about his foreign policy experience. His poll ranking was at 28 percent at its highest point in October, but according to an early December poll among Iowa's likely caucus growers, the retired neurosurgeon's ratings dropped by 15 percentage points.

Email ThisBlogThis!Share to TwitterShare to FacebookShare to Pinterest
2016 is here!!!
Now the election year fun begins! 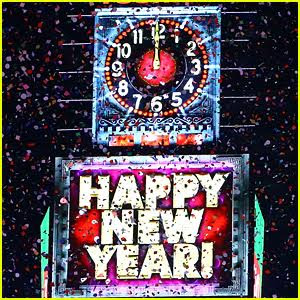