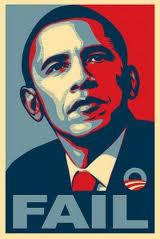 Tonight’s foreign policy debate, among other things, gives Mitt Romney a chance to do what ‘We the People’ so want to do...nail Barack HUSSEIN Obama to the wall for his lies and cover-up about Benghazi.

As the days pass the truth becomes evidently clear that Obama didn't ‘make any mistake’ or use ‘bad judgment’ when he blamed the terrorist attack in Libya on a YouTube video; what he did was deliberately and with intended malice put his political future above the security and welfare of our nation, and above the lives of our diplomatic personnel as he spewed lie after lie to the American people.

Romney needs to remind everyone that to make it even worse this miserable excuse of a president had the unmitigated gaul to stand in front of the U(seless) N(ations) and yet again offer an apology to our enemies, an apology for a privately made video that had absolutely NOTHING to do with the violence and MURDERS of our people just so he could cover his own butt for failing to answer Ambassador Stevens’ cry for help.

Romney needs to hit him hard for this man had the audacity to call the deaths of our people “NOT OPIMUM.”  He needs to ask Obama just how many deaths he feels are optimum...just how much American blood will flow on his watch and be on his hands.

Obama is LYING about Benghazi, and Romney needs to make it very clear that lip service answers will NOT be acceptable this time for the deaths of Ambassador Stevens, Information Officer Sean Smith, and ex-Navy SEALS Glen Doherty, and Tyrone Woods are NOT mere ‘bumps in the road.’  Romney needs to hit Obama with the fact that his administration ignored numerous warnings about security threats that were in Ambassador Stevens' numerous communiques sent to Washington asking for help, and Romney MUST press Obama on why it took him so long to call the attack a coordinated terrorist assault, and that for him to say that terrorists were NOT behind this 9/11 anniversary preplanned attack is just plain delusional or worse...deliberate ignorance of facts bordering on treason.

Besides the happenings in Benghazi, Mitt Romney MUST paint Obama as a failed leader who loves apologizing for the U.S. every chance he gets and one who ‘leads from behind’ if he even leads at all.  Romney MUST reiterate that Obama gave terrorists a heads-up by setting and announcing to the world our timeline for withdrawal from Iraq and Afghanistan instead of following the advice of U.S. generals on when and how to withdraw our troops.

And when the debate turns to Iran and Israel, Romney MUST point out that Barack HUSSEIN Obama will NOT listen to Benjamin Netanyahu wanting the U.S. to back Israel’s drawing of a ‘red line,’ and that together attack Iran if necessary to stop them from getting a nuclear weapon.  Romney must stress Obama's ‘cool’ relations with Israel that sends troubling signs to the world that Obama is willing to sacrifice our ally and friend to appease our enemies.

And when the debate turns to China, as it surely will, Romney MUST show that Obama was never tough enough on China, especially in regards to China’s manipulation of its currency and the ensuing effect on trade that has with the United States.

The bottom line though is that during this foreign policy debate Mitt Romney MUST exude a confidently aggressive but respectful style, and use carefully chosen but hard-hitting words of the same caliber he used during the first debate when he showed voters that he was a totally different man than the one Obama’s team painted him as.

If Mitt Romney can do this and nail Obama to the wall on Benghanzi, this race will for all intents and purposes be over, and come November 6th we will have a new president and a new beginning for our country as we work together towards putting these last four miserable years behind us.

I have confidence in Mitt Romney and I know he will rise and conquer this challenge for he knows the stakes are just too high for our country to lose.
Posted by Diane Sori at 12:46 AM 5 comments: