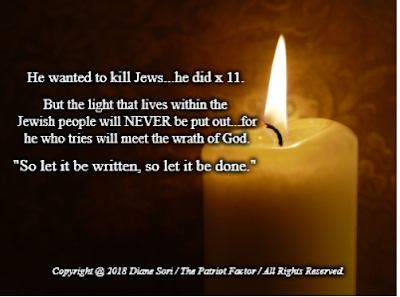 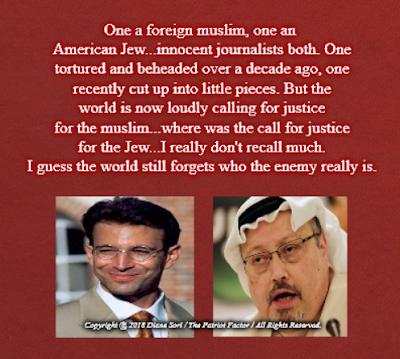 Email ThisBlogThis!Share to TwitterShare to FacebookShare to Pinterest
Labels: Daniel Pearl, enemy, Jamal Khashoggi., Jew, Muslim
Democrats Blaming Normal Americans for Nuts Will Blow Up In Their Faces at the Ballot Box

You know, there's nothing that Normal Americans can identify with more than a guy living in a Ford panel van covered with Trump memes and soccer manifestoes who sends bombs that don't work to Democrats who support policies that don't work. Likewise, Normal people totally identify with – let me get the liberal narrative du jour right here – a Trump-hating freak who shoots up a synagogue. And I think it’s a terrific midterm strategy for our Democrat friends is to keep making that idiotic case. (extreme sarcasm for the benefit of the willfully obtuse.

The Official Media is in a frenzy explaining how Donald Trump personally instructed Kooky Weirdo de Florida to mail pipe bombs to washed up Dem hacks and that nameless garbage being in Pittsburgh via a series of cunningly encrypted dog whistles. “Make America Great Again” is apparently code for “Mail bombs!” Nothing says “Murder Jews” like moving the embassy to Jerusalem and ending the Iran deal.

Eleven Jews were murdered in Pittsburgh; no Muslims were. But Antonio Guterres called on the world to “roll back the forces of racism, anti-Semitism, Islamophobia…” Why add in “Islamophobia”? Because the idea that “Islamophobia” is akin to anti-Semitism is a common Leftist talking point, along with the Leftist claim that Muslims in the West are […]
Read in browser Â»

The Democrat party is now home to the the country’s worst antisemites. The number of these haters running in the midterms is staggering.


Omar has claimed that Israel “hypnotized the world” and said she hoped Allah would awaken people to “the evil doings of Israel.” She recently defended those comments by referring to “the apartheid Israeli regime.”