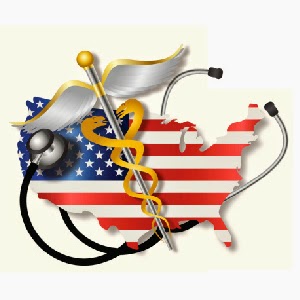 Lost amid the recent hubbub over the Obamacare numbers-fudging scandal is this interesting bit of news you can use: The Department of Health and Human Services (HHS) is considering a rules change that would allow it to drop and reassign your Obamacare plan during each year’s enrollment period, unless you expressly renew the same coverage (assuming it’s available) for another year.

In other words, if you have an Obamacare plan and you want to keep it, you’d have to tell the government that — or the government could “demote” your policy to the lowest-cost plan in that same coverage tier when it’s time to re-enroll.

“We are considering alternative options for re-enrollment, under which consumers who take no action might be defaulted into a lower cost plan rather than their current plan,” HHS explained in its fact sheet for Obamacare benefit “parameters.”

That basically amounts to yet another version of government pulling the rug out from under those who’ve bought in to its promises of better, more stable coverage under Obamacare.

“If You Like Your Obamacare Health Plan, You Can Keep It, If HHS Doesn’t Pick a New One For You,” Reason intoned in a headline late last week:


It’s not just auto-reenrollment. It’s auto-reassignment, at least for those who pick that option. Basically, if you like your plan, but don’t go out of your way to intentionally re-enroll, the kind and wise folks at HHS or state health exchanges might just pick a new plan — perhaps with different doctors, clinics, cost structures, and benefit options — for you. And if you want to switch back? Good luck once open enrollment is closed. There’s always next year.

On the bright side, customers might be afforded the option of choosing whether to participate in such an auto-reassignment program, although it’s not clear that many of them would understand the ramifications of doing so.

If adopted, the change would take effect in 2016.

Posted by Diane Sori at 9:15 AM No comments:

This is America’s call. This is America’s mission advancing freedom and defense of the oppressed and subjugated. But under Obama it is the oppressor that is advanced and defended. The ethnic cleansing and genocide of religious minorities under the boot of Islam will be Obama’s legacy and forever stain our history.

As a proud American, the idea that a thug like Putin is the world leader initiating action on protecting Christians is unfathomable.


“Russia Looking Into Initiating UN Action on Protecting Christians in the Middle East,” by Dr Alexander Yakovenko, AINA, November 26, 2014 (thanks to AINA via Jihadwatch):

Russia is currently considering the possibility of initiating a draft decision of the UN...


“ISIS supports Ferguson protesters: Islamic militants pledge to send over ‘soldiers that don’t sleep, whose drink is blood, and their play is carnage,'” by John Hall, Daily Mail, November 26, 2014:


British jihadis fighting for the Islamic State in Syria and Iraq have pledged to send militants to fight police in the riot-hit American city of Ferguson, Missouri – providing the protesters embrace Islam.

The city has seen widespread disorder after a police officer escaped punishment for shooting dead an unarmed black teenager, and now the Islamic extremists are attempting to take advantage of the anti-authoritarian feeling to convince those involved to adopt ISIS’ radical ideology.

Using the slogan ‘From #IS 2 Ferguson’, Birmingham-born jihadi Junaid Hussain, 20 – who has adopted the nom de guerre Abu Hussain al-Britani – this morning tweeted a photograph of a hand-written letter urging the Ferguson rioters to ‘reject corrupt man-made laws like democracy’ and declare their allegiance to ISIS’ leader Abu Bakr al-Baghdadi.

A common refrain heard from the Ferguson, Missouri, protesters and those calling for the head of Michael Brown’s shooter, Officer Darren Wilson, is that police shootings disproportionally result in black victims.

That seems to be true. But statistics on police-involved shootings are inadequate. The FBI relies on the nation’s 17,000 or so police departments to self-report. Only about 750 comply on an annual basis.

So the FBI reports that slightly more than 400 people are killed by police each year. The Department of Justice reports a much higher rate of about 700 per year. Of those, about 42 percent are white and 32 percent are black. With blacks comprising about 17 percent of the population, protesters seem to have a legitimate point.

However, another telling statistic gets overlooked — or squelched — and neither Al Sharpton nor Jesse Jackson nor Barack Obama nor Eric Holder nor any of the other “black leaders” seem to care about it. Blacks are killing each other at a disproportionate pace. Most murder offenders are black.

They mostly murder other blacks.

Blacks also commit more violent crimes by far. According to the Department of Justice, in 2010 (the last year data is available) 62,593 blacks were victims of white-on-black crime. But 320,082 whites were victims of black-on-white crime.

Rebuilding After The Riots: Ferguson Cake Shop Owner Grateful to Fellow Americans For Love and Support

Natalie Dubose is a single mother of two living and working in Ferguson, Missouri. Dubose runs her own cake shop in the city called Natalie's Cakes and More, a business she dedicated all of her resources to in order to make a living. Dubose started her cake business by renting out a booth at the local flee market every weekend, selling her product and eventually saved enough money to open up a store, which had it's grand opening in August.

Despite pleading with protestors, her store was severely damaged in riots Monday night, but thanks to the generosity of fellow Americans she'll be back in the kitchen in no time. After learning about the destruction, fellow citizens from around the country donated more than $140,000 to a crowdfunding site dedicated to getting her back on her feet. Hundreds of people have also placed orders for her baked goods.

"It's been amazing. I've been crying but these are tears of joy. I'm just so grateful for the outpouring of love and support from people across the country and I thank them," Dubose said during an interview on Fox News Wednesday. "This [the shop] is my baby."

"I am so thankful and I'm so grateful. If I could have arms big enough I would just hug each and every last one of them but I just want to thank everyone that has contributed to helping me rebuild my shop to helping me live my dream and to helping for me to continue to be the mom that I've been to my children, to continue providing them with the support that they need," she said.

All the best to Ms. Dubose, what a wonderful example of the American Dream she is and her cake looks really yummy too! Be sure to check out more about her story here.

To see some of Natalie's yummy creations click on link below.

Ferguson's Natalie ‏@Ferg_Natalie
Some of my work. Hope you like it.Thanks for the love! Caramel Pecan Cake is great for the holidays!
Posted by Diane Sori at 8:56 AM 2 comments:

Last year, Philadelphia abortionist Dr. Kermit Gosnell stood trial in Philadelphia for the deaths of one woman and seven babies who had their throats slit, but national reporters didn't want to cover it.

It's a "local crime story," they said. Washington Post media blogger Erik Wemple said that when he asked national reporters about avoiding the Gosnell story, the typical response was "Get out of my face with this agenda-driven stuff, and come back when you have a real story."

Ferguson, Missouri, is merely the latest proof that a "local crime story" can be elevated to national news -- when it's the liberal media's favorite kind of "agenda-driven stuff." A local story about a white cop fatally shooting an unarmed young black man in one St. Louis suburb has dominated the national news, to the point that the networks interrupted primetime TV for an announcement on whether the policeman would be indicted.

These are the same networks that refused to air President Obama's speech the week before on his immigration end-around. The entire nation couldn't wait two hours for the local news, or turn to cable news? It seems like an attempt to create an episode for the history books -- making Ferguson a destination in black history like Selma, or Sanford, Florida, where Trayvon Martin was shot.

Why is this story so much more portentous in meaning than others? Obviously, it fits a narrative that America -- and its justice "system" -- is deeply racist. As with George Zimmerman, it seems not to matter what the actual evidence is in this case. No rioter put down a rock or a Molotov cocktail to read the grand-jury report. When the prosecutor's speech aired on a split screen with a "riot cam" on the Ferguson streets, the networks were not expecting calm. They expected -- and were far too eager -- to chronicle a riot and squeeze some ratings out of the mayhem.

For those who argue Ferguson isn't an "agenda" story, let's consider some other recent stories the media won't touch. In Milwaukee, Antoine Devon Pettis, a 20-year-old black male, was charged with raping a 101-year-old woman after the crime scene DNA matched a paternity test sample. Pettis smiled broadly in his mug shot, and later in the courtroom, when he told the media, "Y'all gonna make me a celebrity."

Making this story national for even a minute would apparently be too racist, just like the Gosnell story, even though the race of the victim is less than relevant considering the horror of the crime.

In Akron, Ohio, white police officer Justin Winebrenner -- off-duty and unarmed -- was shot by a black man, Kenan Ivery, at Papa Don's Pub, where he was seated with other cops. Ivery had pulled a gun and the pub staff looked to Winebrenner, a regular customer, to try and calm Ivery. Winebrenner was shot in the torso and died. Four others, including another off-duty cop, were wounded.

So far in 2014, 45 police officers in America have been fatally shot (and 111 overall have died), according to the National Law Enforcement Officers Memorial Fund. None of them, or their families, have received any fraction of the attention or sympathy that America has offered to Michael Brown's family.

The "wealth" of national publicity on local crimes is distributed with remarkable inequality. The exercise of "news judgment" is performed with extreme prejudice, and there will be no attempts at redistribution.
Posted by Diane Sori at 8:45 AM 1 comment: