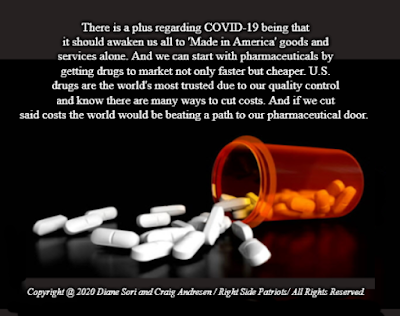 The media has been doing nothing to abate the full-blown panic that is sweeping across the entire country. The Wuhan coronavirus is a real threat and it will claim an untold number of lives, but somehow the media still has plenty of time to accuse the president of being a racist. Reporters are upset that President Trump is correctly identifying the origin of the global pandemic that has brought America's way of life and its economy to its knees. When asked about his thoughts on the president's use of the phrase "Chinese virus," Sen. John Cornyn (R-TX) said the president was right to hold China accountable for introducing COVID-19 to the world.

"That's where it came from," Sen. Cornyn (R-TX) told a reporter. "I think China is to blame because the culture where people eat bats and snakes and dogs and things like that -- these viruses are transmitted from the animal to the people and that's why China has been the source of a lot of these viruses like SARS, like MERS, the Swine Flu and now the coronavirus. So I think they have a fundamental problem, and I don't object to geographically identifying where it's coming from."

Joe Biden and the Democrat Party’s Incestuous Relationship with China

This needs to be the major theme of the upcoming presidential campaign. The Trump campaign must hit Biden hard for his shameful record of appeasing China, which includes voting against all legislation to tackle China’s expansionist policies, and its unfair trade practices, and its intellectual property theft, all of which have decimated America’s manufacturing sector. In fact, Biden still continues to dismiss China as a threat to the United States.

Shortly after announcing his candidacy for president, Biden sneered: “China is going to eat our lunch? Come on, man…they can’t even figure out how to deal with the corruption that exists within the system. I mean, you know, they’re not bad folks, folks. But guess what, they’re not competition for us.” Really Joe? Tell that to the millions of Americans who lost their high paying manufacturing jobs to China. Tell that to the many in America’s intelligence community, who now believe that China is the greatest threat to the United States. Tell that to General Keane, who has referred to China as an “economic predator” who is “undergoing the most rapid military expansion of any nation in the world.”