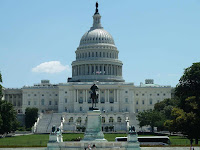 When Congress initially passed the CARES Act last March, one issue became apparent: people who died were still being mailed a $1,200 stimulus check. As Congress debates a third coronavirus relief package to the tune of $1.9 trillion, government waste experts warn the same thing will happen yet again.

"[T]he problem that caused the money to go to these people last time has not been fixed, and it's a relatively simple fix," Tom Schatz, President of Citizens Against Government Waste," said on "Just the News AM" radio show. "The Social Security Administration has what's called the master death file. It is not shared with the Internal Revenue Service, it is shared with other agencies, but not the one where you would really want it to be shared, which is the IRS."

According to Schatz, Congress has to pass legislation for one agency to share information with another. In this case, Congress has to grant the SSA permission to share their master death file with the IRS. As of now, that directive isn't in President Joe Biden's American Rescue Plan, meaning it's unlikely to happen. 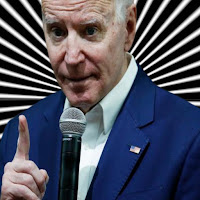 It will come down to slave states versus free states.

Legislation introduced in the South Dakota House of Representatives seeks to give the state’s attorney general the authority to review executive orders from President Joe Biden and potentially nullify any order deemed unconstitutional.

State Rep. Aaron Aylward (R-Harrisburg) introduced HB 1194, which is described as an act “to authorize the review of certain executive orders issued by the President of the United States.”

The process to potentially nullify an executive order, which by nature bypasses congressional approval, “begins with a review by the Executive Council of the Legislative Research Board, followed by a referral from the Council to the attorney general and the governor,” South Dakota news station KELO-TV reported last week. “Once the referral has been made, the attorney general may examine the order to determine whether the state can seek an exemption or declare it unconstitutional.”

With last Friday's technical issues resolved, today Tuesday, February 9th, from 7 to 9pm EST, RIGHT SIDE PATRIOTS Craig Andresen and Diane Sori discuss 'A Unifier in the Making...Perhaps'; 'The Curious Case of Douglass Mackey'; and the latest on Trump's Senate impeachment trial.

Hope you can tune in to RIGHT SIDE PATRIOTS on https://rspradio1.com. Click 'LISTEN LIVE' starting at 6:50 pm EST with the show beginning at 7pm EST.
Posted by Diane Sori at 7:07 AM No comments: